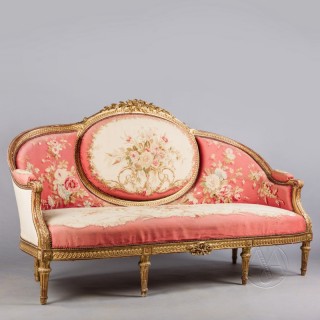 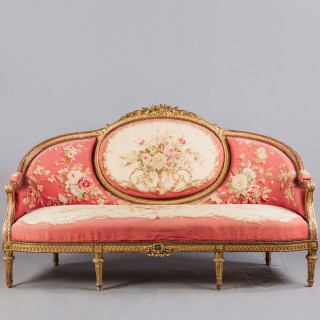 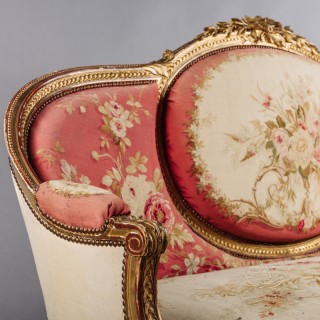 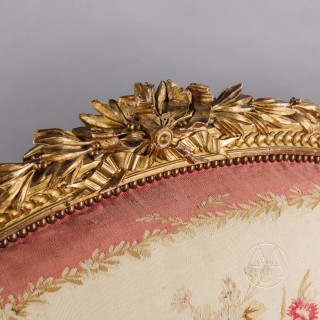 The canape having an oval back with a carved ribbon tied cresting rail, padded arms and put down on fluted tapering legs, upholstered in fine Aubusson tapestry with floral sprays.

Aubusson tapestries are known for their elegance and delicate colouring, often depicting romantic pastoral scenes derived from artists such as Boucher; historic scenes inspired by classical mythology; or more formalised architectural vistas. Aubusson was particularly noted for its finely balanced compositions of garlands and bouquets which became famous and sought after throughout Europe.