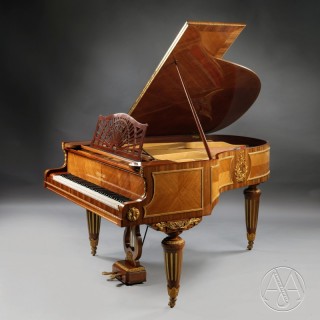 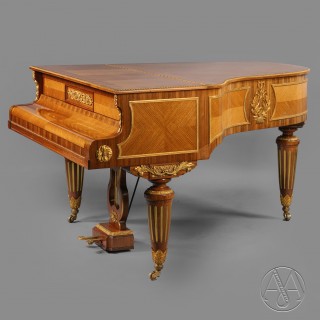 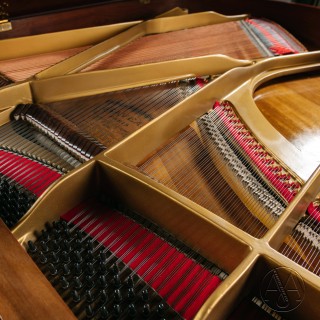 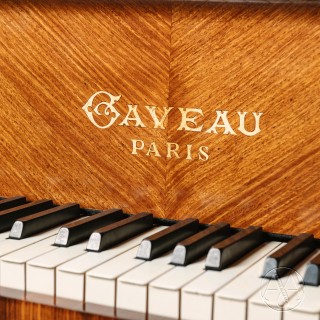 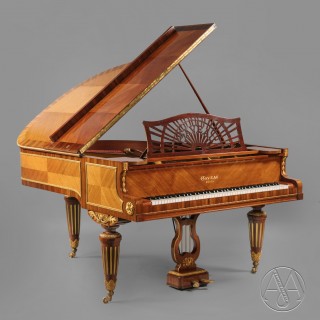 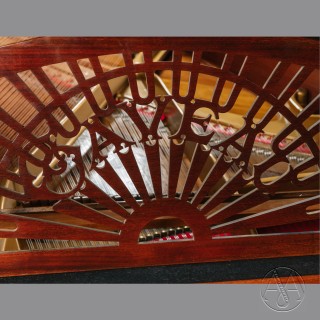 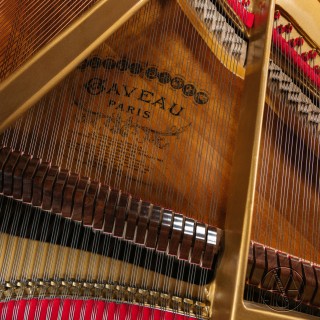 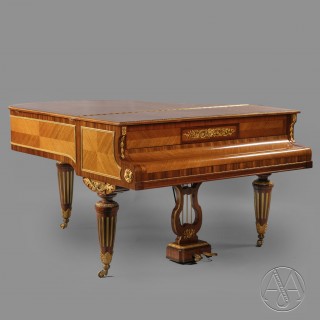 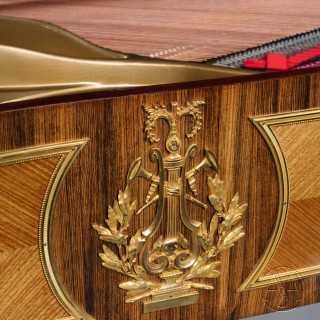 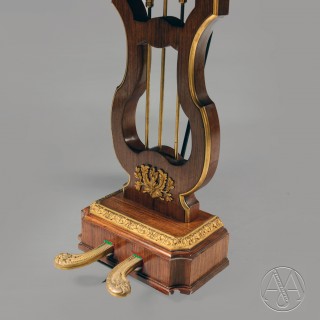 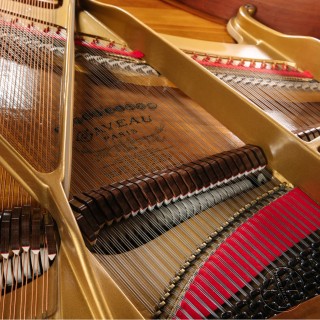 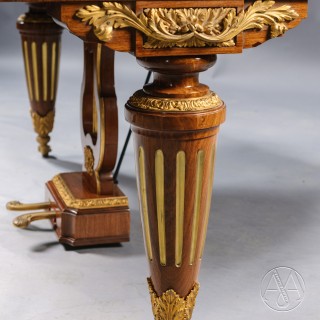 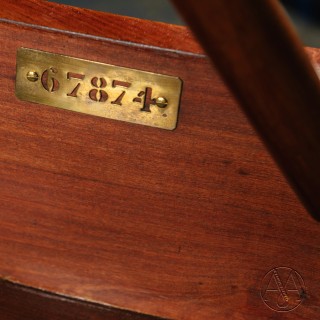 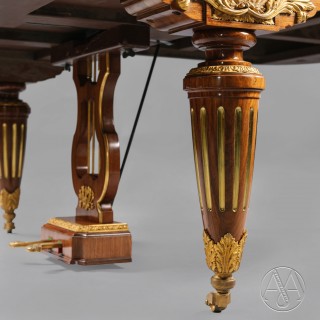 This fine baby grand piano has a quarter-veneered top with a stiff leaf cast border above serpentine shaped frieze panels, centred to each side with a gilt-bronze trophy mount of a lyre and trumpets, flanked by laurel wreaths.

The fallboard is inset with the signature ‘Gaveau/Paris’; the music stand with the pierced radiating signature ‘Gaveau’ and the soundboard stamped in ink ‘Gaveau Paris’ within a cartouche illustrating medals and awards.

Gaveau, established in 1847, was one of Europe’s most pre-eminent piano manufacturers known for its technical innovation and quality of production.

The firm was founded in Paris by Joseph Gaveau (d. 1803) in 1847, initially from a small shop at the rue des Vinaigriers, and later the workshop and offices were transferred to the rue Servan.

Following the succession of Gaveau’s son Etienne as director of the firm, a large factory was constructed at Fontenay-sous-Bois. In 1907, a new concert hall, Salle Gaveau in the rue la Boëtie was opened, emulating the example of other leading piano-makers, in particular their great rival Pleyel, and the firm moved to offices in this street from 1908.