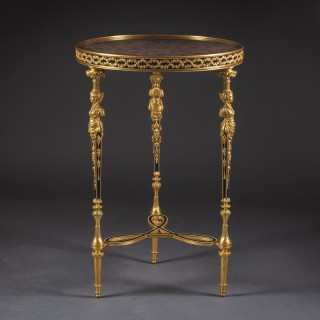 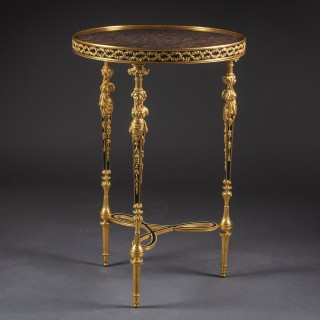 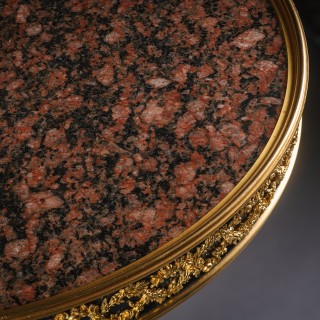 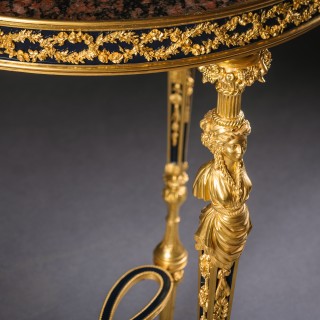 A Fine Louis XVI Style Gilt-Bronze Gueridon In the Manner of Adam Weisweiler.

This fine gueridon has a rouge granite circular top above a laurel and rose cast frieze raised on four tapering legs headed by finely cast gilt-bronze female caryatids, united by a trefoil loop stretcher and put down on stiff leaf cast feet.

The design of the leg is derived from a mount used by the ébéniste Adam Weisweiler for use on the angles of secretaires and for the legs of a table delivered by Daguerre in 1784 for Queen Marie-Antoinette, See M. Segoura, Weisweiler, Paris, 1983, p. 42.