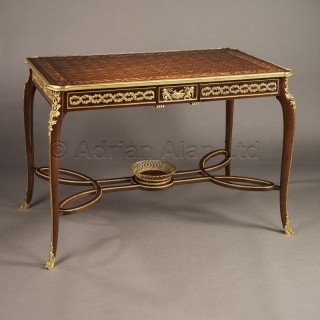 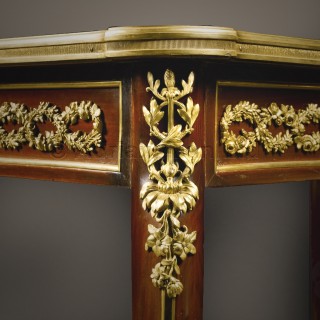 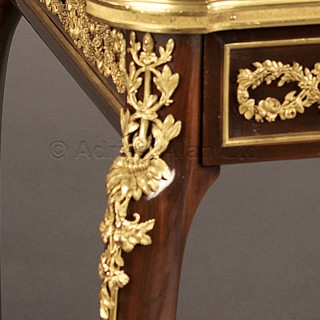 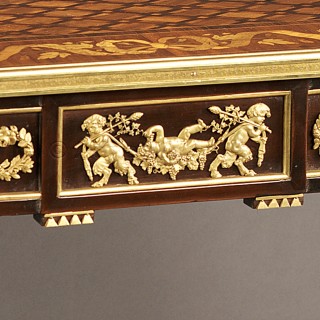 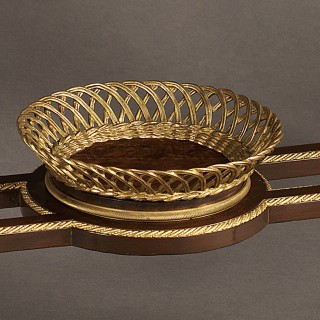 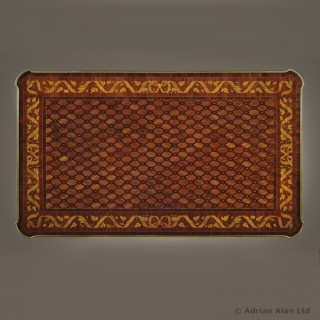 This fine marquetry table has a frieze with a gilt-bronze foliate meander centered by a tablet embellished with finely cast gilt-bronze mounts depicting bacchanalian cherubs at play. The cabriole legs with gilt-bronze mounts and sabots are united by an interlaced stretcher surmounted by an open-work gilt-bronze basket in the manner of Weisweiler.