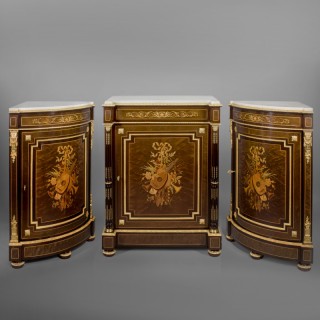 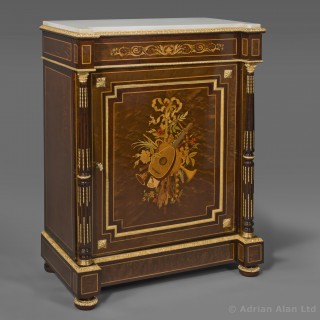 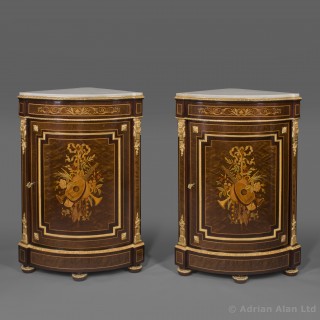 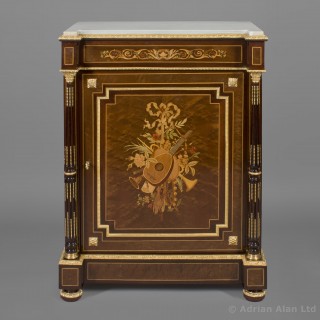 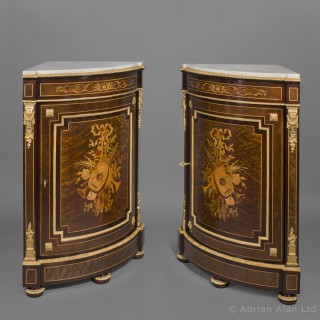 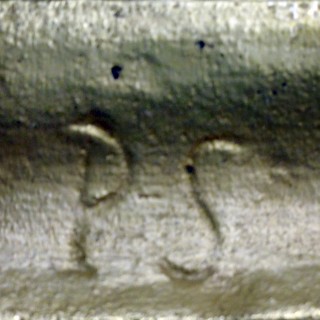 A Fine Louis XVI Style Gilt-Bronze and Marquetry Inlaid Side Cabinet With A Pair of Encoignures En Suite, By Paul Sormani.

Stamped to the reverse of the bronze rim ‘PS’ for Paul Sormani.

The fine side cabinet has a shaped white marble top above a single drawer inlaid with scrolling and fronded acanthus above a pair of outset columns with gilt-bronze capitals, framing a single cupboard door with gilt-bronze borders and inlaid with a superb musical trophy of ribbon tied musical instruments and flowers. The cabinet stands on a plinth base with flattened bun feet.

By repute from Stowe Place. The interior bearing a written label.