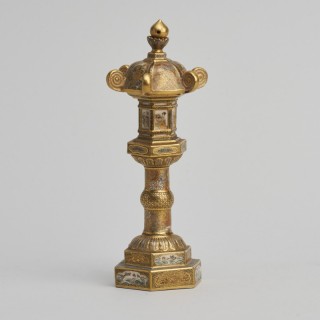 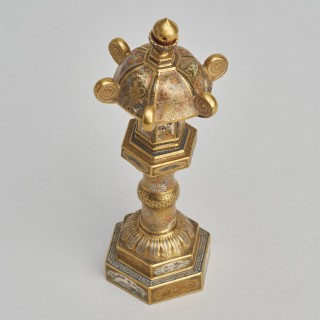 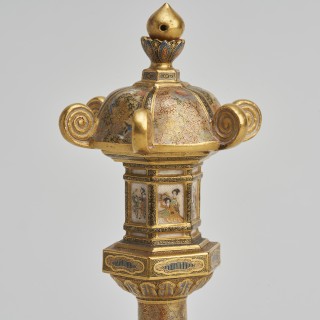 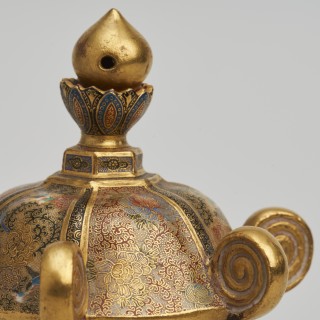 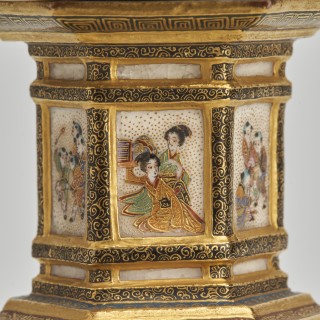 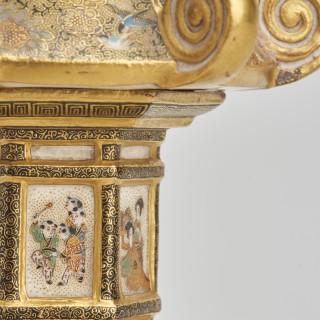 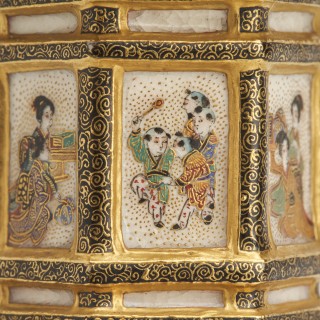 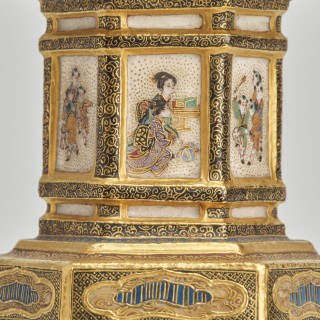 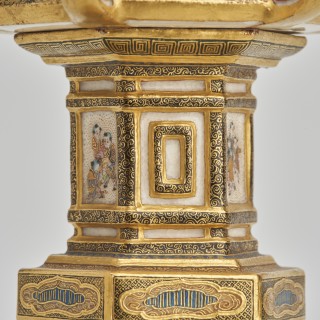 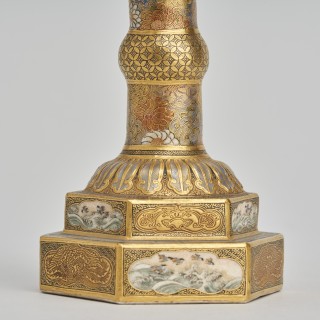 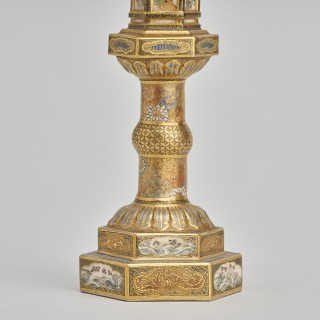 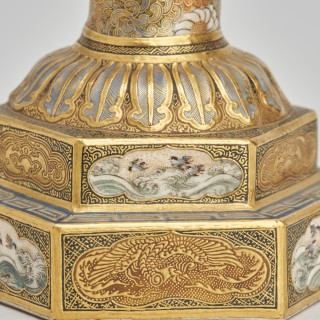 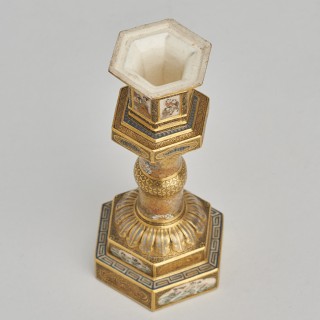 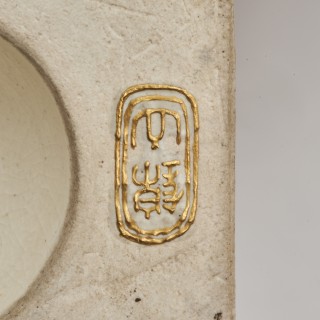 A Japanese 19th Century model of a miniature Toro (lantern) with very fine paintings of bijin and karaco at play on a complex golden ground with birds and peonies.

Bijin is a Japanese term which refers to a beautiful person.

Karaco refers to depictions of Chinese Tang Dynasty children as decoration on ceramics and other artworks, they wear traditional Chinese dress and have hair gathered into top knots and shaves at the sides. They symbolise the innocence of childhood.

The bluebird is a symbol of happiness which dates back many thousands of years.

Known as the King of Flowers in Japan signifies good fortune, bravery and honour.

A toro is a traditional Japanese lantern, often made out of stone and common around Buddhist or Shinto temples.

Satsuma ware is a type of earthenware pottery originating from the Satsuma province in Southern Kyūshū, Japan’s third largest island. The first kilns were established here is the 16th century by Korean potters kidnapped by the Japanese for their extraordinary skills, prior to this there was no ceramic industry in Satsuma.

The first presentation of Japanese arts to the West was in 1867, Satsuma was one of the star attractions, it was this that established the satsuma aesthetic we are most familiar with today. This export style reflects the foreign tastes of the time, popular designs featured millefleur (million flower), and complex filled in patterns. Many pieces featured panels depicting typical Japanese scenes to appeal to the west such as pagodas, cherry blossom, birds and flowers and beautiful ladies and noble men in traditional dress. The height of popularity for Satsuma was the Meiji Period and many of the most beautiful and artistically accomplished works were made during this time.