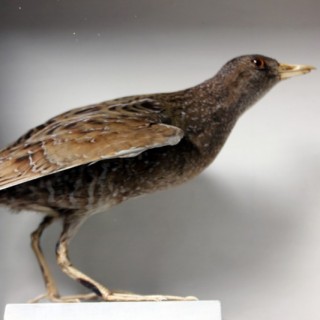 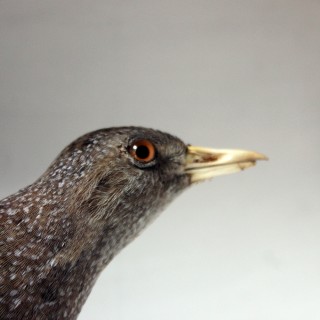 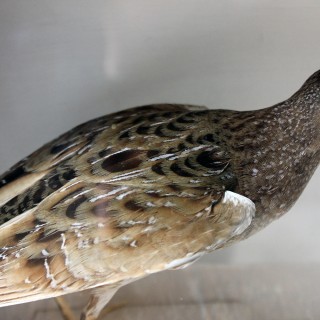 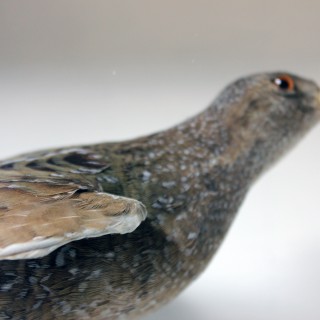 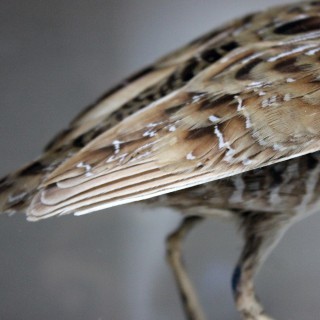 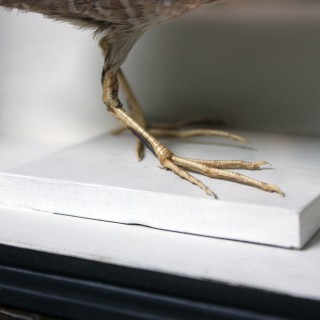 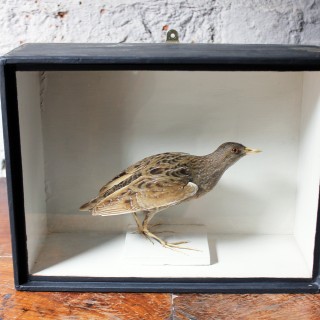 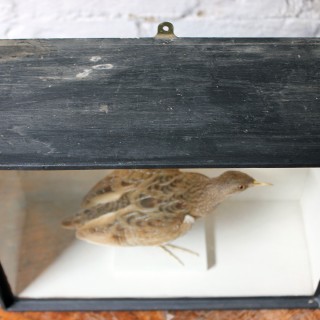 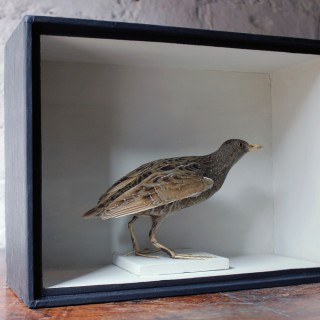 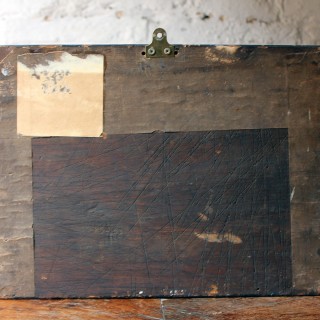 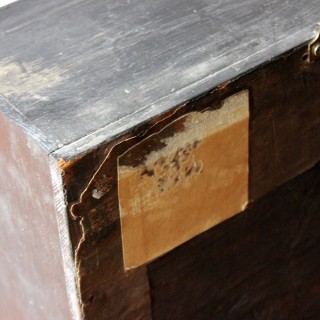 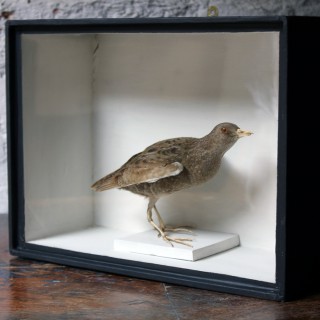 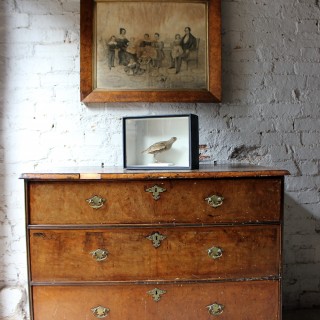 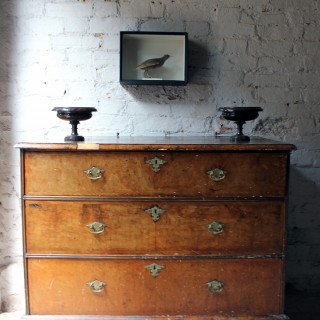 The beautifully preserved Spotted Crake (Porzana porzana), the specimen set poised upon a typical Duncan wooden block and housed within a beautiful scientific sparse museum case with original black painted surface, the whole being beautifully unassuming with its ivory paper backing, lacking in any form of simulated habitat, the whole surviving from Victorian England in good overall condition.

A secretive and generally elusive species, spotted crakes are amongst many birders’ favourites. Spotted crakes tend to skulk in thick cover and walk with their body close to the ground and tail flicking. They swim with a jerky action like that of the moorhen. If surprised in the open, they run for cover or jump up and flutter away with legs dangling. They live in freshwater wetlands with shallow water and dense vegetation. It is rare in the UK and is difficult to see, as it spends most of its time in thick cover.

Robert Duncan (1837-1909) of Pilgrim Street, Newcastle specialised in immaculate taxidermy, using a primitive method dating from 18th century practitioners in France. Despite this, his birds are beautifully precise, presented in a plain scientific museum box display, lacking in vegetation (akin to J.Cullingford’s) with no decoration to distract from the specimens. Unusually, he sometimes signed and dated his cases, like an artist, rather than attach a trade label, and dated cases have been seen from the early 1860s through to the Edwardian period. Few taxidermists had time to shoot their own specimens, but Duncan was know to have both collected and mounted his specimens. John Hancock refers to him in a letter in 1880 as: ‘A good taxidemist, and his father was a good bird stuffer too’.

Spotless taxidermy from a spotted crake.

The overall composition is of a very high quality and the bird is in good condition with expected light fade to the plumage but nothing out of the ordinary. The glazing and case are all original and the rest of the composition is very well preserved with expected light wear to the painted finish to the case. The paper backing has some light tears. The piece is not visibly pencil signed but it is a certainty that Robert Duncan created it. There are also the remains of a museum paper label to the reverse.