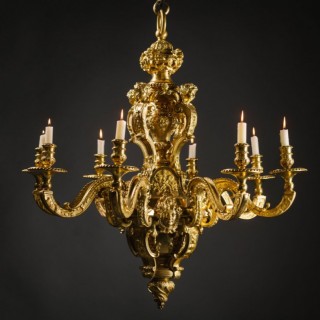 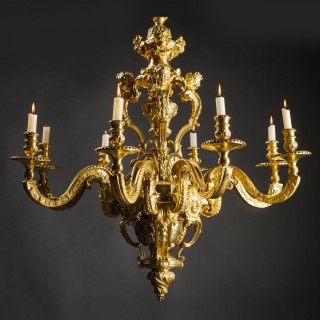 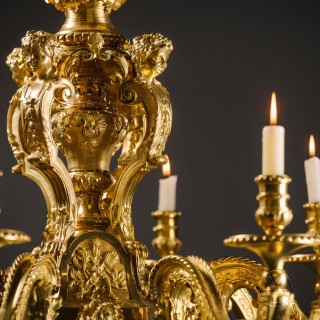 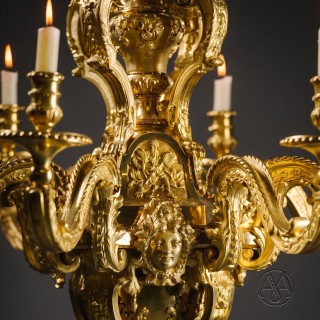 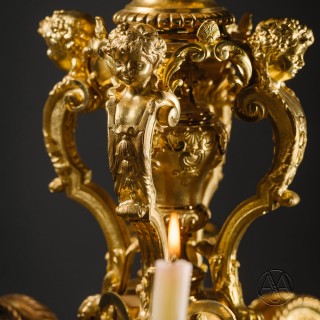 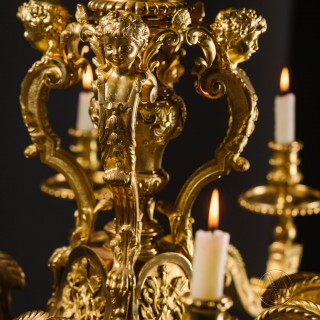 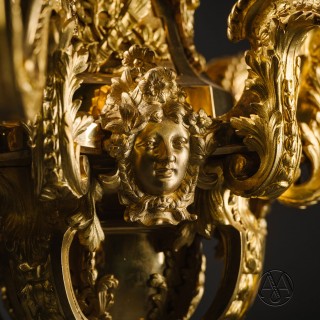 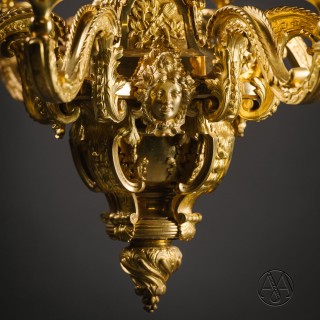 A Fine Napoleon III Gilt-Bronze Eight-Light Chandelier, After the Model by André-Charles Boulle.

This well-cast Louis XIV style chandelier is after an important model attributed to Andre-Charles Boulle, in the collection of the Musee du Louvre (OA 5101). See Hans Ottomeyer ‘Vergoldete Bronzen I’; p. 13, Fig 1.6.5, for an illustration of this chandelier.

The chandelier designs of Boulle were first officially published in a folio of eight plates by Pierre-Jean Mariette between 1707 and 1730.

Andre-Charles Boulle (1642-1732) was arguably the greatest ever cabinetmaker and bronzier. The son of a maitre-menuisier en ébène, Jean Bolt, Boulle was already a maitre by 1666, and in 1672 was appointed Ebéniste, Cislear, Doreur et Sculpteur du Roi. Boulle’s fame rests upon three principal strands: his extraordinary technical virtuosity as a craftsman’ his innovation in both technique and design, and his brilliance as a sculptor.