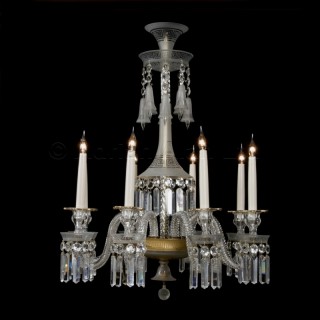 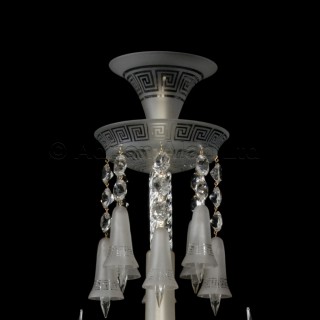 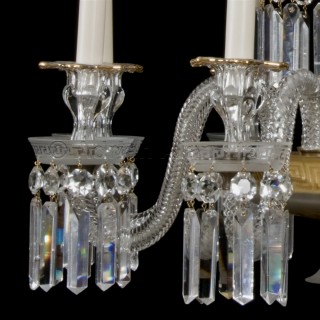 The chandelier having a shallow bowl hung with eight bells above an inverted trumpet stem all etched with Greek-key pattern. The receiving bowl similarly etched and embellished with gilt highlighting issuing eight faceted arms terminating in cut foliate sockets above circular drip pans and hung with faceted rosettes and icicles.