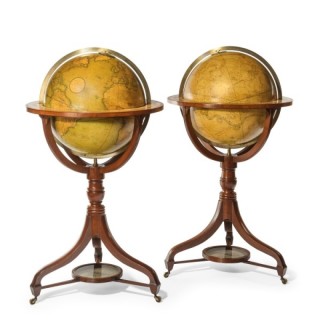 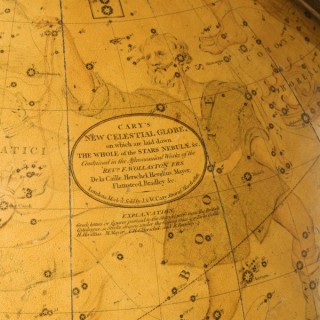 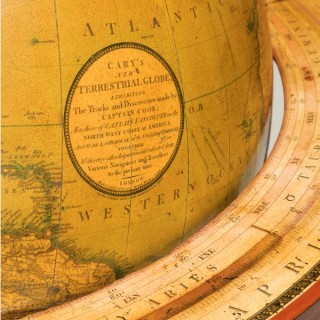 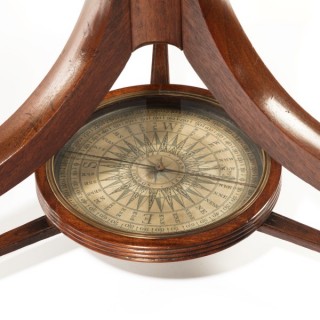 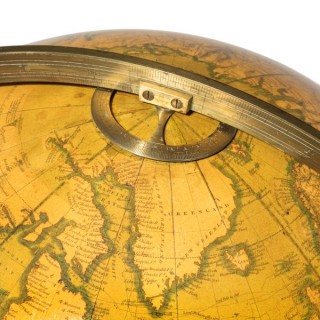 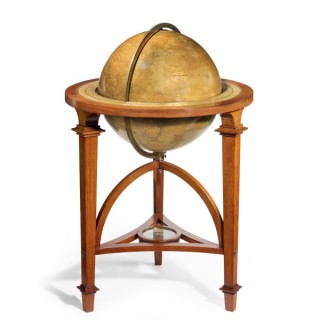 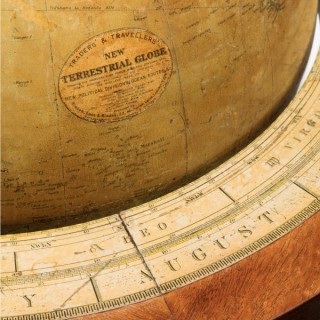 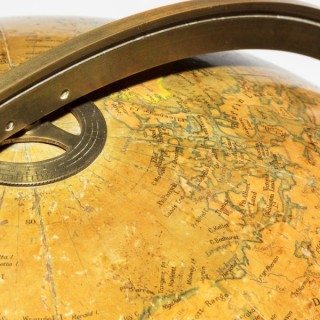 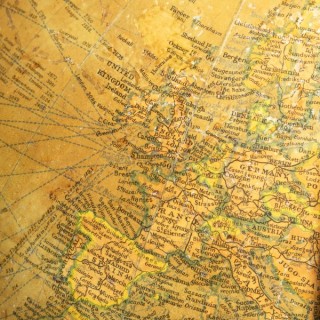 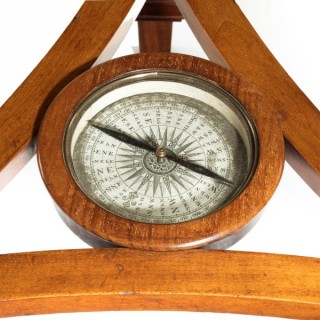 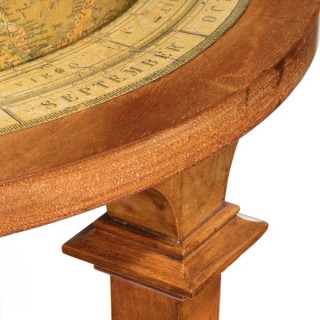 The terrestrial with cartouche printed “Cary’s New Terrestrial Globe exhibiting the Tracks and Discoveries made by Captain Cook; Also those of Captain Vancouver on the North West Coast of america and M.De La Perouse, on the coast of Tartry, together with every other improvement collected from various Navigators & Travellers to the present time. London. Made and sold by J & W Cary, Strand, March 1st, 1816, with correction & editions to 1826”; the celestrial globe with cartouche printed “Cary’s New celestrial globe on which are laid down the whole of the stars nebulae &c, contained in the Astonomical works of the Revd. F. Wollaston F.R.S. De la Caille, Herschel, Hevelius Mayer, Flamsteed, Bradley &c. London: Made and sold by J.W. Cars, Strand, March 1816”; each sphere in brass meridian and horizon rings supported by four arms and a central mahogany column terminating in trepod feet joined by a stretcher centered by a compass, raised on casters.
Each globe retains its original horizon papers and compasses. The original compass papers are also in place but we have put replacement papers over the top.

(it is interesting to note that there is a small difference in the columns, this is often found because the stand making was done by a varity of craftsmen often at the docks.)