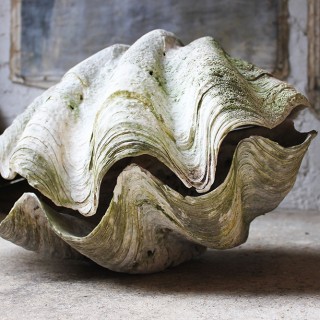 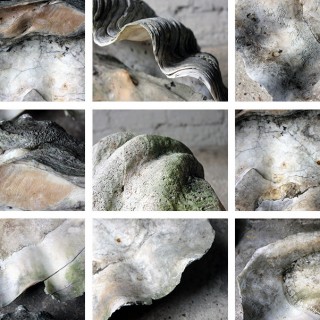 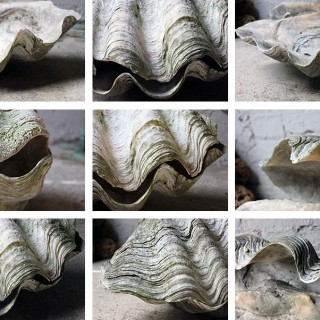 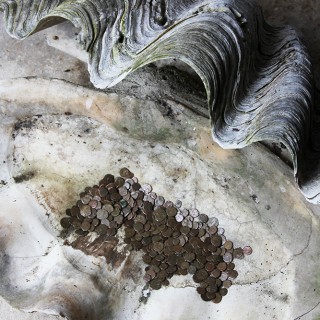 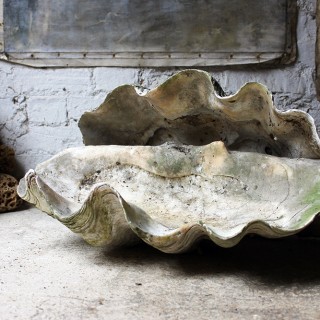 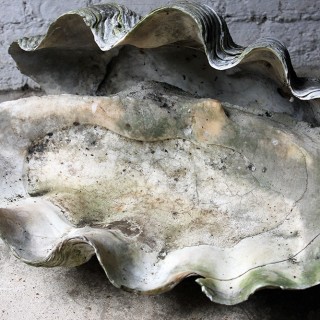 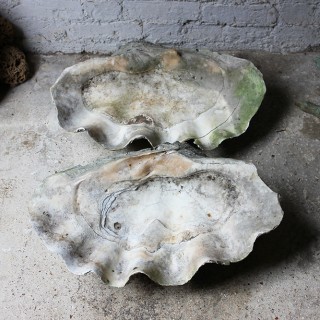 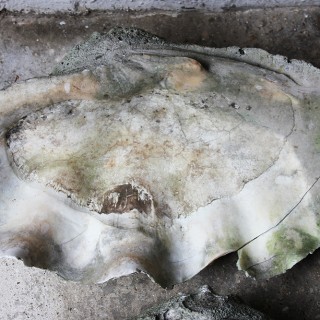 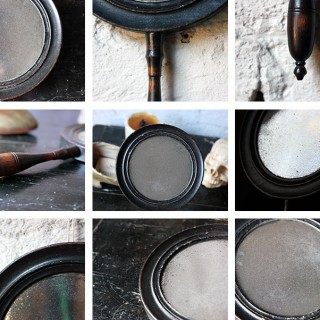 The complete, true pair, of preserved giant clam (Tridacna gigas) shells, of medium size, surviving from the south pacific or Indian oceans from the first half of the twentieth century.

The shells are still beautiful and the wholes are largely in tact and their condition would be described as good. Each shell sits both ways, as it were, stably and doesn’t need any kind of support and they do still fit nicely together like a good jigsaw piece. There is one area of loss to one shell with a crack running from that area of loss towards the centre. This does not effect it structurally.

These bottom-dwelling behemoths are the largest mollusks on Earth, capable of reaching 4 feet (1.2 meters) in length and weighing more than 500 pounds (227 kg). They live in the warm waters of the South Pacific and Indian Oceans. Giant clams achieve their enormous proportions by consuming the sugars and proteins produced by the billions of algae that live in their tissues.

Giant clams have a wildly undeserved reputation as man-eaters, with South Pacific legends describing clams that lie in wait to trap unsuspecting swimmers or swallow them whole. No account of a human death by giant clam has ever been substantiated, and scientists say its adductor muscles, used to close the shell, move far too slowly to take a swimmer by surprise. Even the largest specimen would simply retreat into its shell rather than attempt to sample human prey. T. gigas has four or five vertical folds in its shell as its main characteristic.

The giant clam gets only one chance to find a nice home and once it fastens itself to a spot on a reef, there it sits for the rest of its life. A lucky man is he that gets to rehome a true pair…