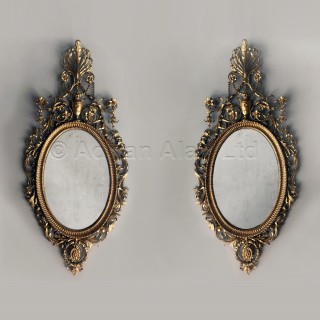 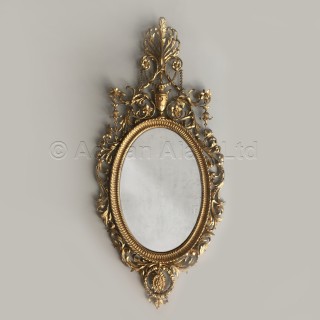 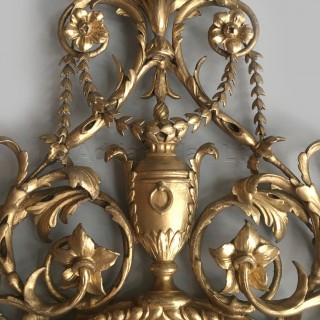 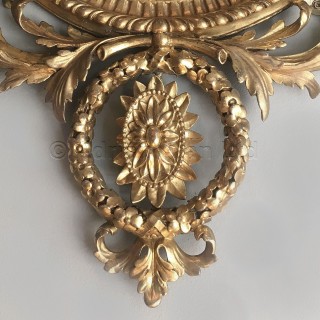 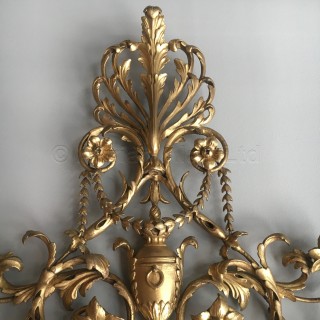 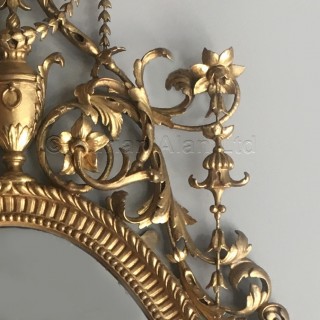 A Fine Pair of George III Style Giltwood and Composition Oval Mirrors In the Manner of Robert Adam.

Each mirror having an oval plate surmounted by an urn cresting with scrolling acanthus borders, harebells and rosettes.

Robert Adam was one of the most important British architects working in the Neo-classical style. He was a main force in the development of a unified style that extended beyond architecture and interiors to include both the fixed and moveable objects in a room. He incorporated design ideas from ancient Greece and Rome into his forms and decoration. His famous London houses include Kenwood House, Osterley Park and Syon House.

Born in Kirkaldy, Scotland, Robert Adam was the son of the established architect William Adam, and followed him into the family practice. In 1754 he embarked on a ‘Grand Tour’, spending five years in France and Italy visiting classical sites and studying architecture. On his return Adam established his own practice in London with his brother James. Although classical architecture was already becoming popular, Adam developed his own style, known as the Adam style or Adamesque. This style was influenced by classical design but did not follow Roman architectural rules as strictly as Palladianism did.

In the second half of the 19th century Classical styles continued to be an important element in British design. The interest in ancient Greece and Rome was fuelled by new archaeological discoveries. Classical vessels, furniture and even jewellery were accurately reproduced or their forms adapted for other objects.

in the manner of robert adam