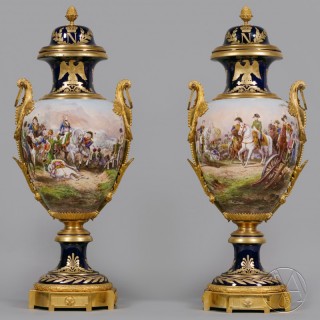 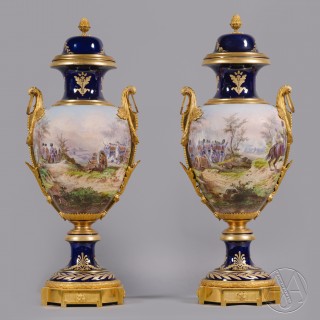 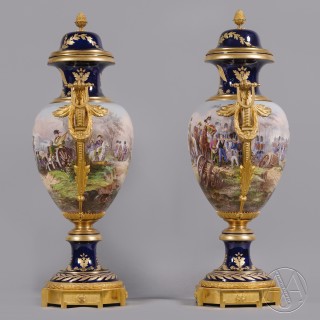 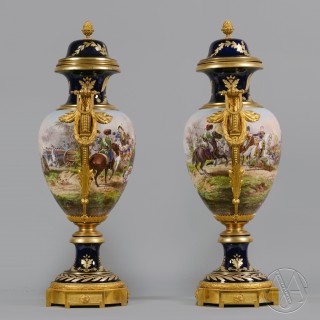 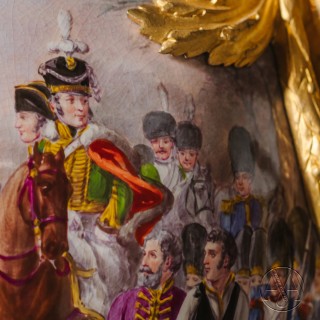 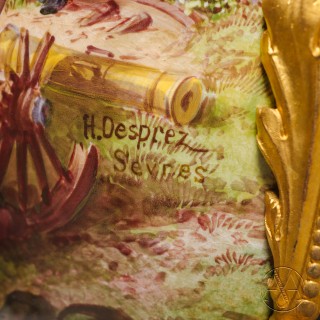 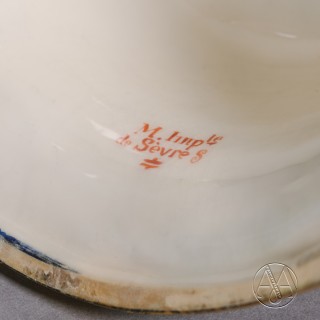 Each vase is of inverted ovoid form finely painted all over with Napoleonic battle scenes, the covers embellished with a raised gilt “N” and a crown, flanked by oak and berried laurel branches, the necks with an eagle with spread wings, each with a spreading foot with raised gilt design and battle dates of 1797 and 1805, raised on gilt-bronze re-entrant bases.