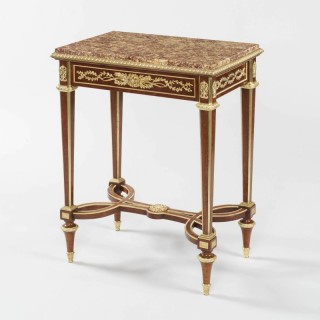 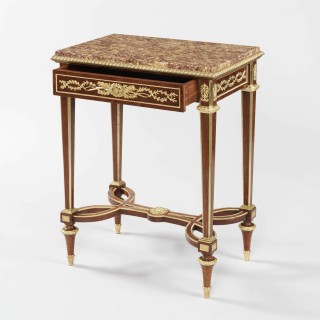 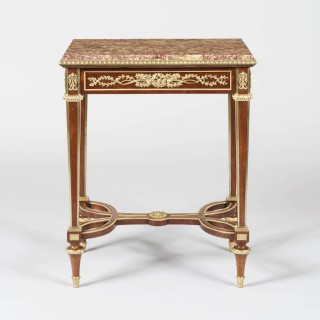 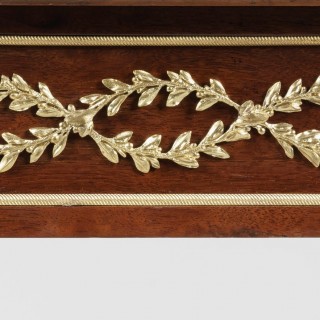 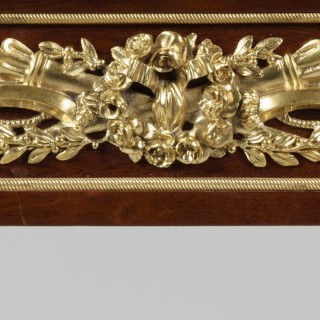 This table combines the refinement of 18th century Louis XVI style furniture with the superior craftsmanship of Henry Dasson, paying particular attention to the unusual design of the in-house designed frieze mounts, the rarity of brass fillet-strung legs, and the use of Brocatelle d’Espagne- one of the master’s favourite imported marbles from the Pyrenees.

Established at 106 rue Vielle du-Temple, Dasson was one of the most highly celebrated Parisian makers of gilt-bronze mounted furniture in the nineteenth century.

Dasson began his career as a bronze sculptor, and his work is renowned for the fine quality of the metalwork, utilising the designs of the ancien régime, and adapting them to conform to the needs of the times.  He participated at the Expositions Universelle in 1878, receiving the laudatory critique of Louis Gonse, the Parisian arbiter of bon ton and quality,