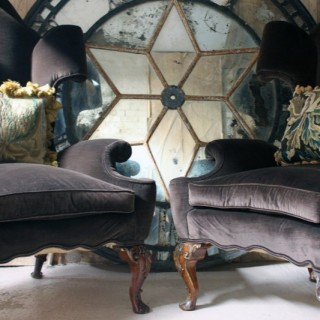 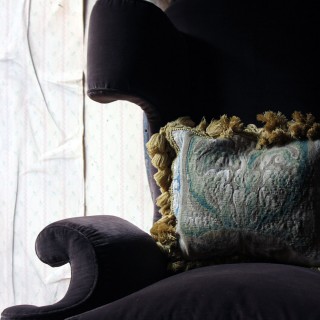 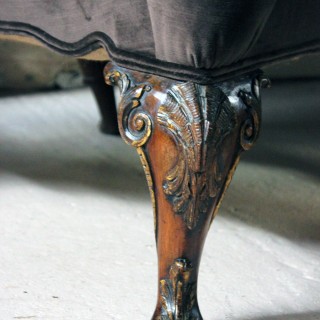 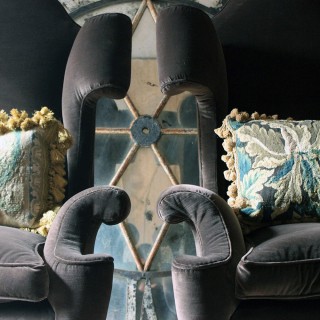 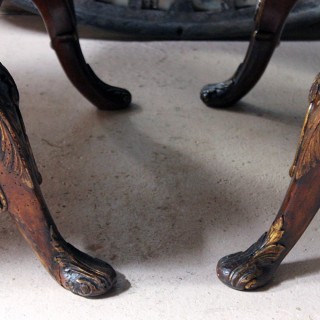 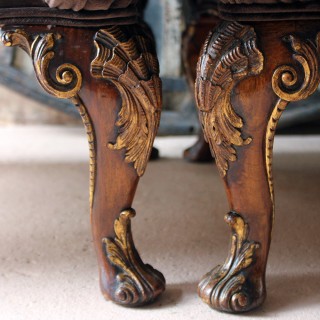 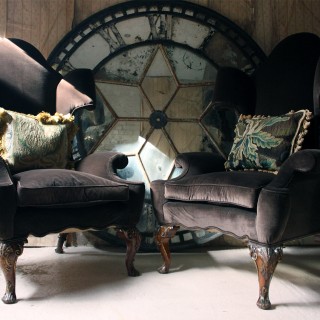 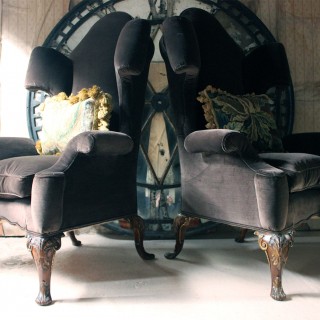 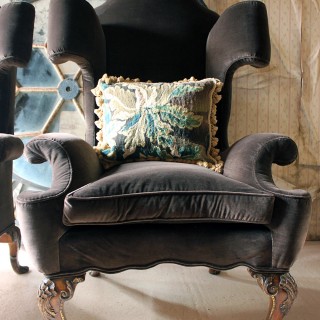 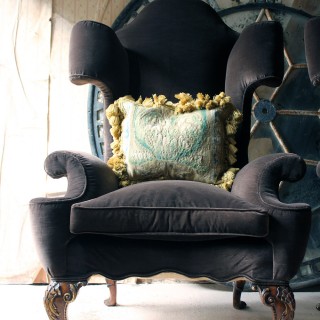 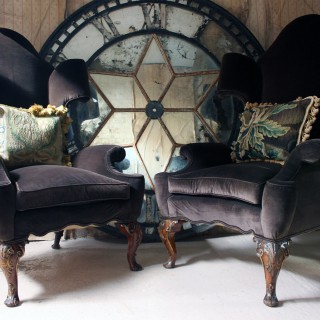 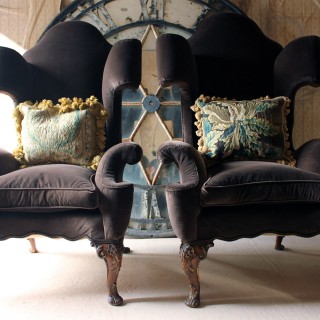 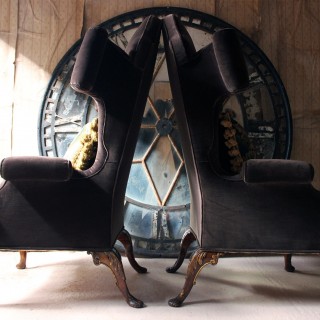 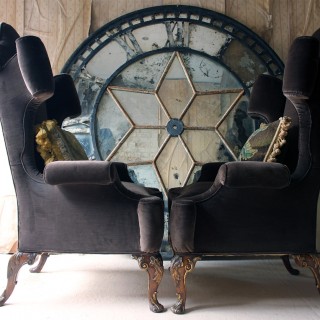 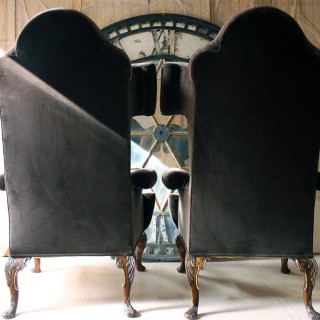 The large and very fine quality pair of wingback armchairs, of unusual form, in a taupe coloured suede fabric, with early eighteenth century verdure tapestry squab cushions to each, the wholes in Queen Anne style, raised on parcel gilt walnut cabriole front legs with swept back legs, each having leafy scrolls and shells, to pad feet above a shaped apron and good shaped wing backs with pronounced sculptured scrolled wings and arm rests, each surviving from the late nineteenth century and from Croxton Park Estate.

The original purpose of wing-backed armchairs was understood to be to prevent drafts in old houses from reaching ones upper body or to protect the delicate skin of gentrified ladies from the heat of a roaring fire. Possible makers of these chairs could include Howard & Sons, Whytock and Reid or George Morant; all of whom were top makers of their day.

Croxton Park House is a mid-eighteenth-century house and walled garden set in an early sixteenth century deer park which incorporates earthwork remains of sixteenth century garden features and which was enlarged and landscaped in the early nineteenth century. Croxton Park and estate remained in the Leeds family until 1820, when Sir George Leeds, equerry to the Duke of Sussex sold to Samuel Newton, son of a Liverpool merchant.

This highly sculptural pair has graced one of the finest homes in the country and one can certainly tell; simply due to their grand scale and quality.

The condition of the chairs is very good with no structural flaws to report. They are very comfortable and stable with the upholstery showing no tears or holes. The wood has a good colour and most of the gilding remains. There is a very small amount of old worm. The two cushions are also of good quality and are included in the sale.