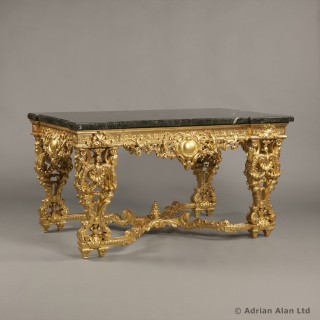 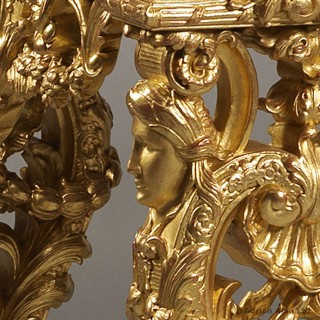 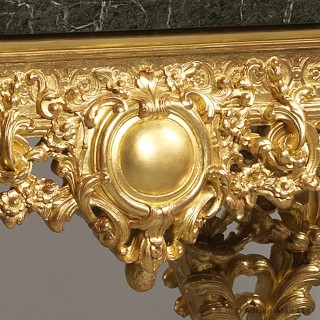 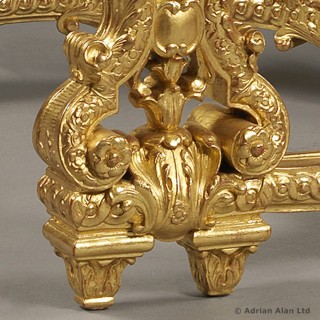 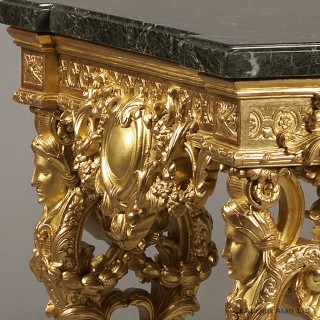 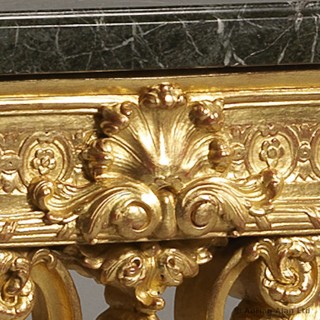 This impressive centre table is based on the celebrated table made for the Château de Bercy now in the Louvre, Paris (Louvre Accession No. OA 5049).

The Château de Bercy, east of Paris, was built by François Le Vau for Charles-Henri I de Malon de Bercy in 1658. His son Charles-Henri II de Malon de Bercy (1678-1742), after marrying the daughter of the Contrôleur Général des Finances, became superintendant des Finances, which enabled him to commission sculptors from the Société pour les Bâtiments du Roi, to modernize the château’s furnishings in 1713-14. Among the most important sculptors and designers to work on the Chateau were Jules Degoullons, André and Matthieu Legoupil, Marin Bellan, and Pierre Taupin who were instrumental in the development of the Regence style.

Several pieces of the woodwork done for the Château de Bercy have survived along with some of the furniture, including the console table in the Louvre. It is not known in which room the table was placed, but it was probably made by Degoullons and his associates, who, as wood carvers, were responsible for making the wooden furniture.

The design for the Château de Bercy table proved popular throughout the nineteenth century, following its admission to the Louvre and examples were made by some of the most important makers of the day including François Linke who supplied a model to the Grosvenor Square home of Elias Meyer.