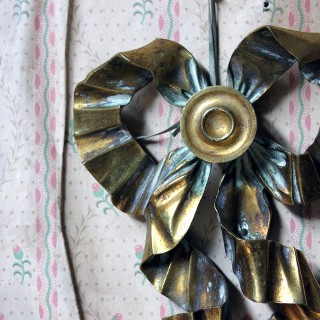 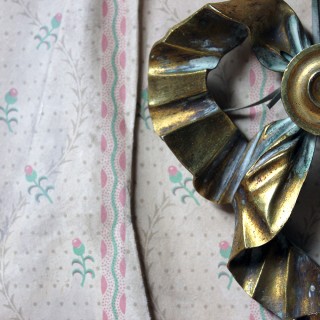 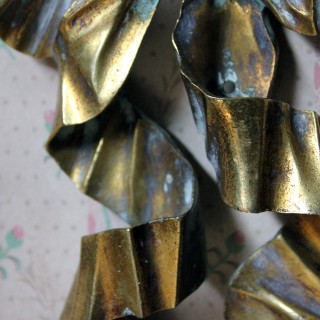 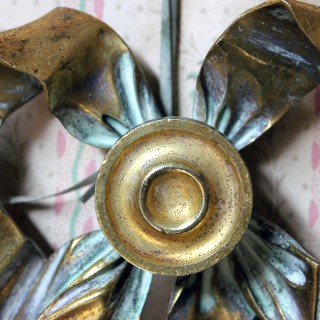 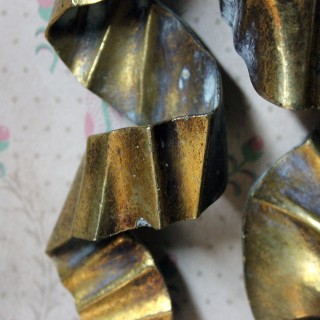 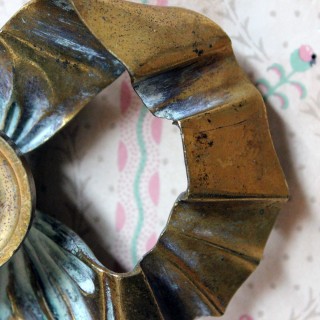 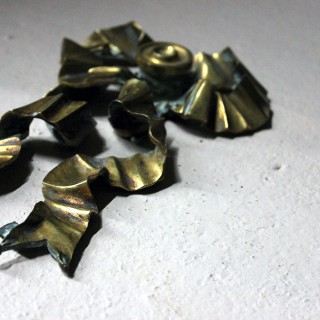 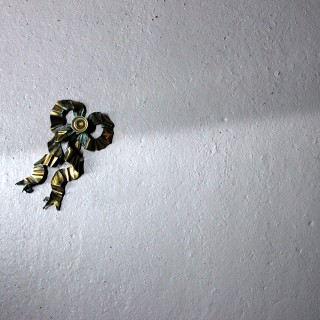 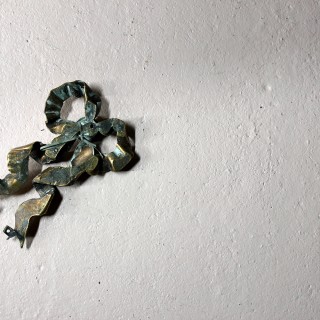 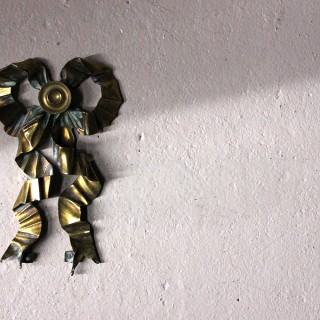 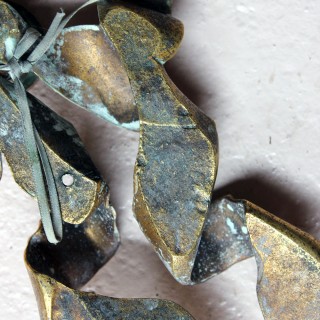 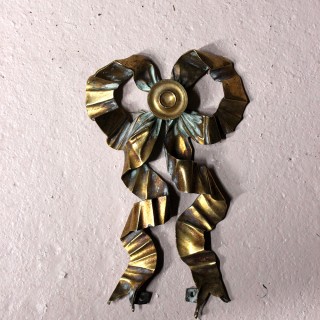 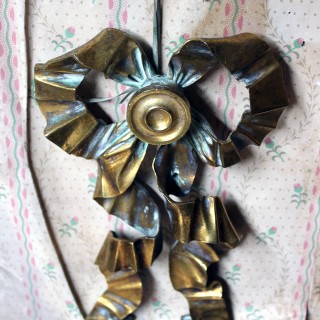 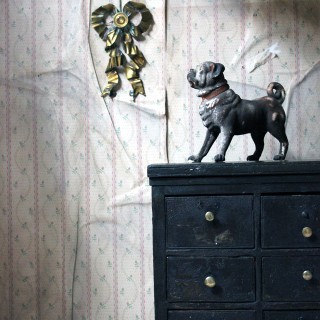 The very well cast ormolu mount in the form of a tied bow, probably a furniture mount from a super quality large mirror or console table, with a beautiful patina and now hanging as a decorative element, surviving from nineteenth century France.

Nellie Lenson-Smith was born in Aix-la-Chappelle. Her mother was a Russian aristocrat who had fled her homeland during the 1917 revolution. Nellie grew up in Germany and Austria and was educated in Switzerland during the war. The last years of conflict, however, saw her interred in concentration camps until liberated by the Americans in 1945. She subsequently went to university in Paris, married notable pilot Ben Lenson DFC and became a British national in 1952. Ben’s post-war position as a chief pilot for El Al Israel Airlines enabled them to travel widely and they enjoyed a glamorous lifestyle. Nellie went on to work as a continuity director in the film business for a number of years. Nellie and Ben divorced in 1976 and Nellie pursued a career in antiques. She met and married her second husband, Roy, and they traded together as Lenson-Smith over the next four decades, specializing in decorative objects. They had several shops and were regular exhibitors at the major antiques fairs. Roy died in 2015 but Nellie was still active in the business up to her final year.

Ribbon or bows such as this were a popular decorative motif on furniture both in the Regency period and then later in the century almost always strictly in France.

The patination to the mount is appealing and there is no loss or structural damage. There is an attractive green verdigris to the folds.