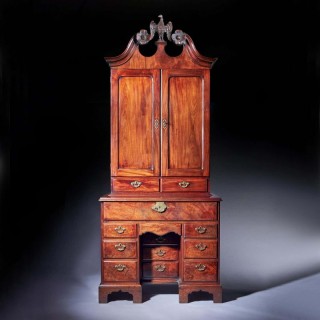 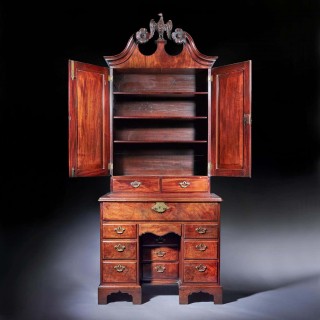 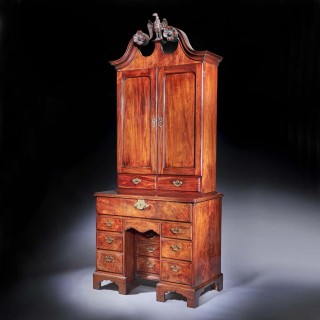 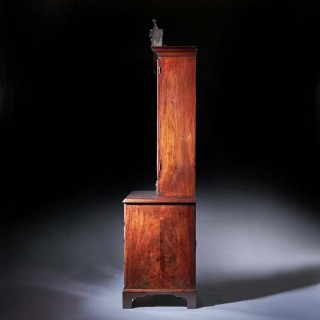 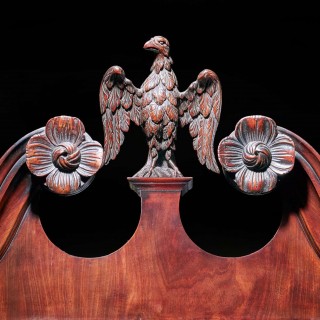 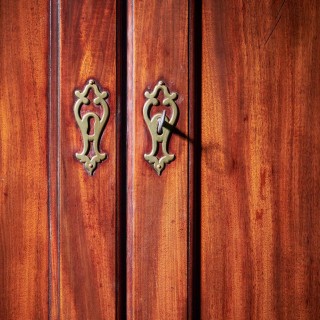 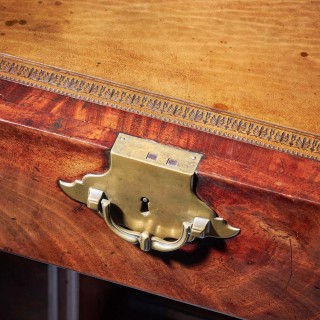 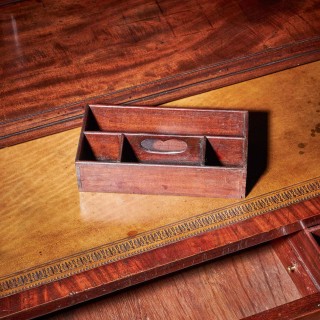 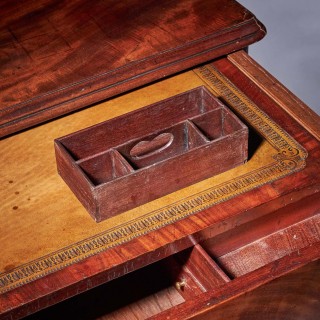 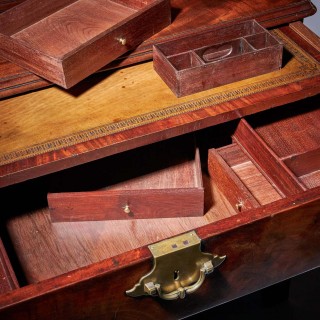 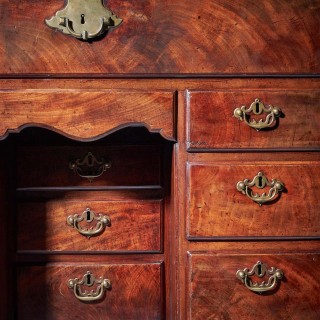 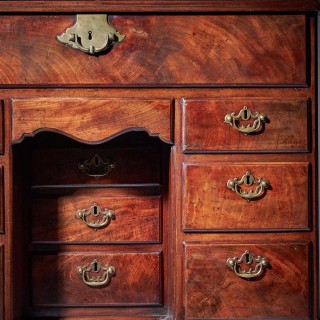 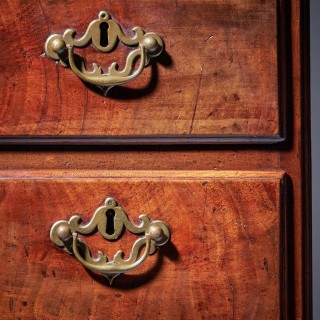 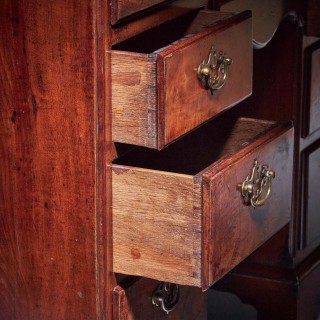 Attributed to Christopher Hearn of Dublin.

An impressive carved eagle looking to the left is surmounted to the broken scrolling pediment flanked by flowers above a pair of moulded panelled doors enclosing three shelves above a pair of two short oak-lined drawers. Sitting on a moulded kneehole desk with a large fitted drawer opening to an inset retractable leather writing surface concealing four drawers, a removable ink tray and numerous compartments above a central blind and shaped apron concealing a drawer. To each side of the kneehole is a run of three oak-lined graduating lipped drawers and a further three drawers of the same fashion are neatly concealed within the kneehole itself. Raised on a moulded base and what is known as double bracket feet.

Further reading:
This bureau-dressing-table and cabinet reflects the George II Romano/British fashion promoted by Richard Boyle, 3rd Earl of Burlington and 4th Earl of Corke (d. 1753), who served as George II’s Lord Lieutenant of Ireland. Roman virtue is evoked by a Roman eagle crowning its triumphal-arched and scalloped temple pediment, whose waved volutes bear roses, sacred to Venus as a goddess of Love, and these are sculpted in chivalric gothic fashion.

Literature:
A notably similar cabinet supplied to Lady Cobbe for Newbridge House, co Dublin in 1764 attributed to Christopher Hearn is published in the ‘The Knight of Glin and James Peill’ p. 121, pl.163 (with the only difference being mirrored to the doors).

Good
Wear consistent with age and use. Superb original condition, fabulous colour. All hardware appears to be original.