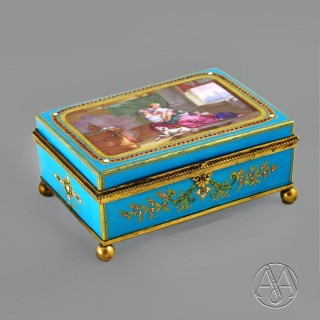 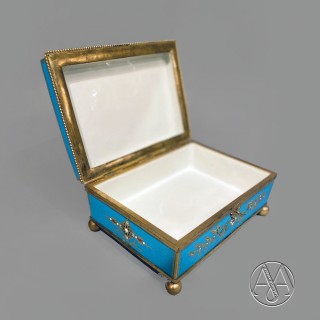 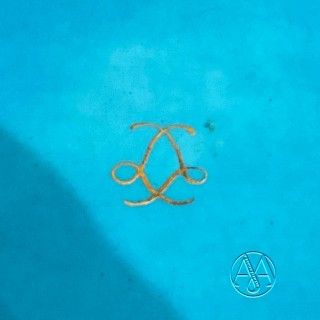 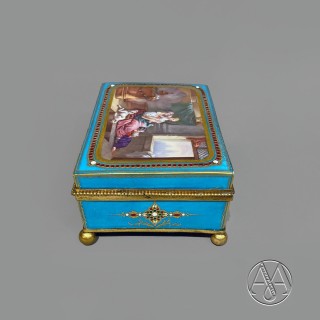 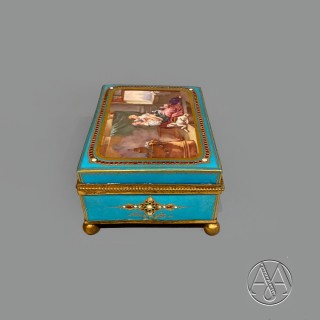 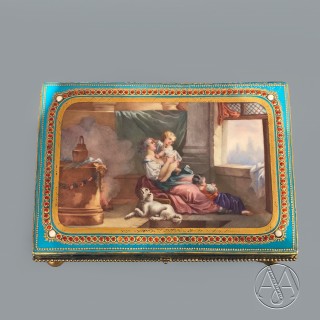 A Gilt-Bronze Mounted Turquoise Sèvres Porcelain Rectangular Jewellery Casket, painted with a seated mother and child before a window. This is within a jewelled gilt rectangular frame on a turquoise blue ground and sides with gilt scroll and applied jewels within the beaded mounts and on all four ball feet.

Sèvres’ position at the beginning of the nineteenth century was extremely precarious. No longer a royal enterprise, and having lost much of its clientele during the revolution, its funding reflected the ruinous state of the French economy.