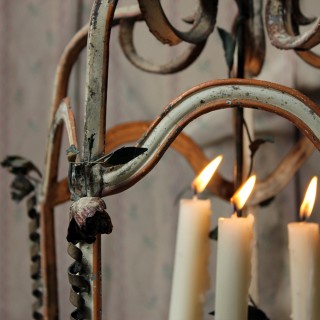 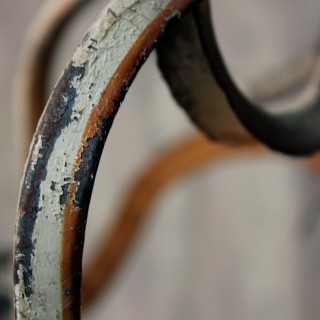 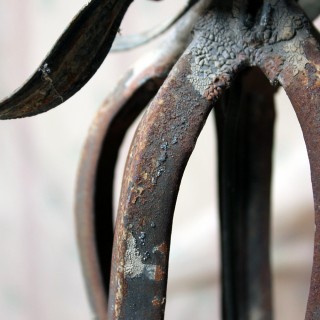 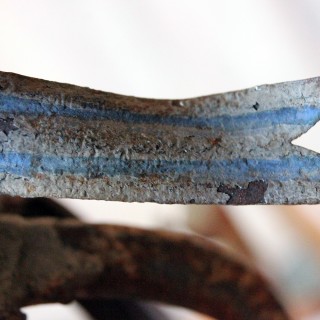 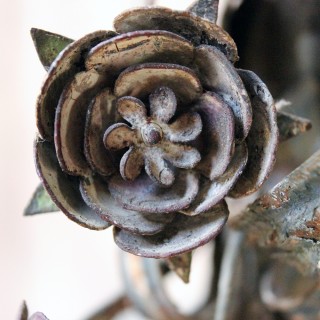 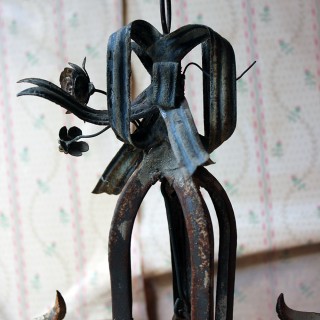 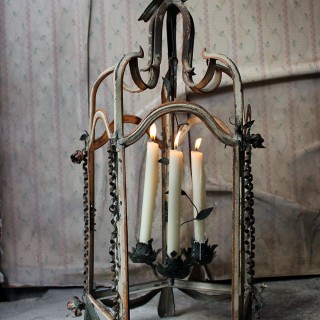 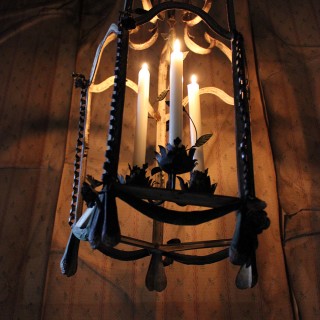 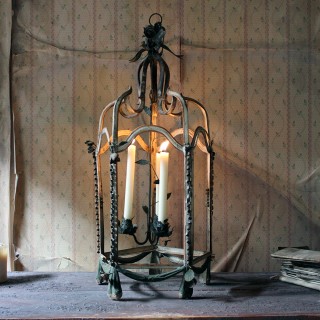 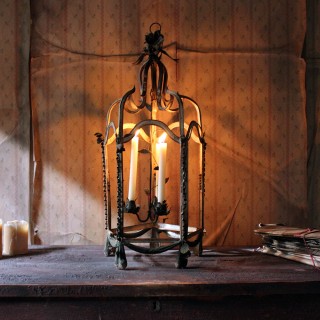 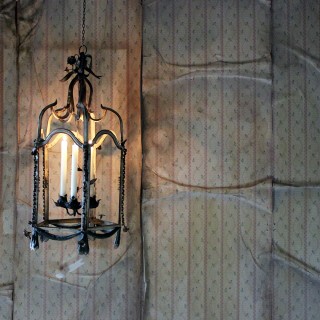 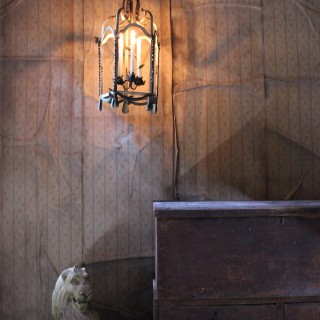 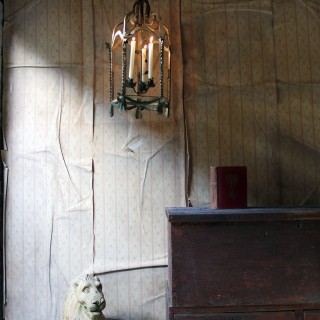 Experiments in Europe and America, after 1750, helped to improve the lamp, and when whale oil became plentiful in the early 1800’s, lamps became as common as candles which is when this example would have been superseded.

The term tôle, derived from the French tôle peinte, “painted sheet metal”, is synonymous in English usage with japanning on tin, such as the tôle shades for bouilotte lamps and other candle shades, and trays and lidded canisters.

The lantern is in good, working condition with the piece in stable structural condition save for one spiral twist rod being loose at the bottom section. The whole has a simply wonderful aged patination to the surface as per the photographs and is totally untouched. There would have been glass present with one side being a door, but the glass has been absent for some considerable time. The sconces are all in working order with the separate hook spindle nicely allowing the sconces to spin gently on the axis.