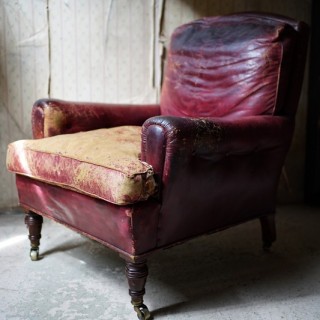 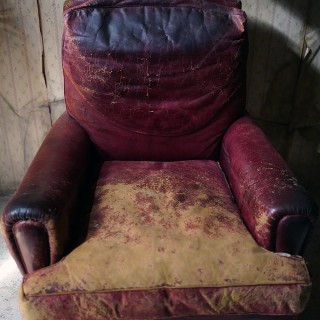 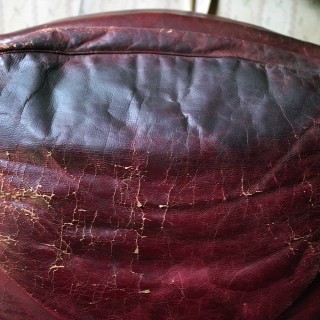 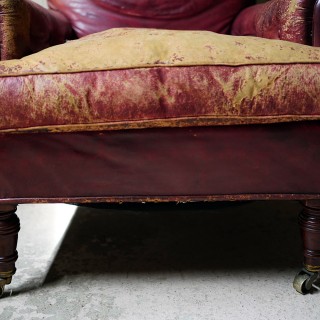 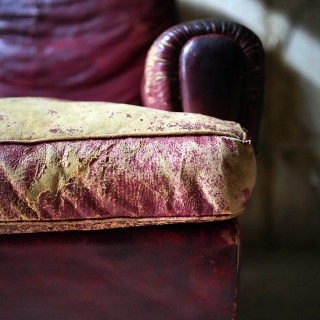 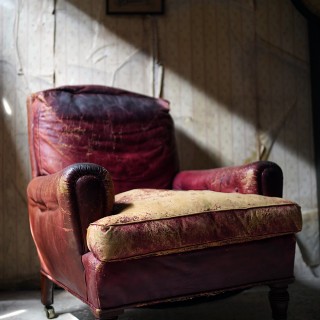 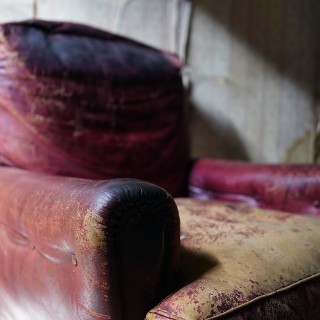 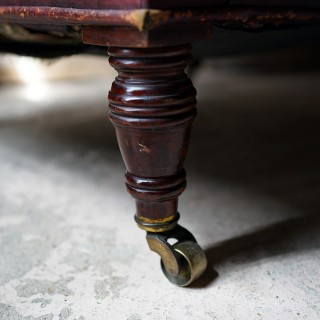 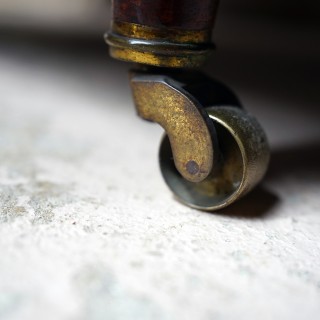 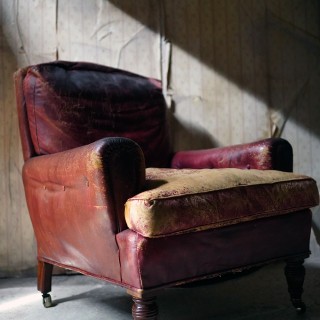 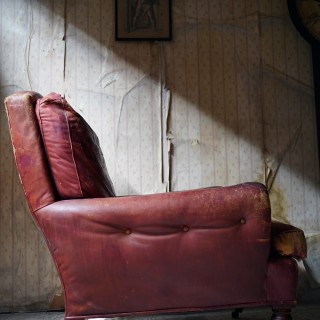 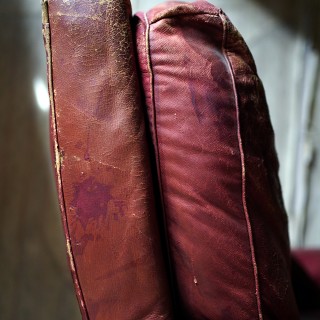 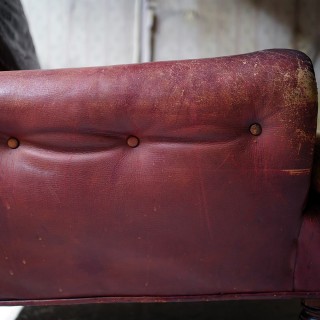 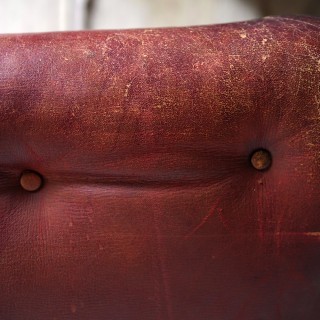 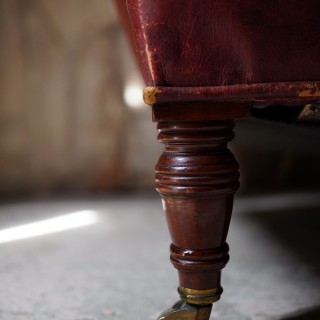 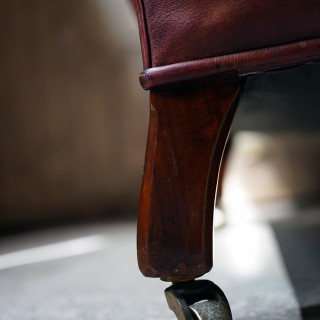 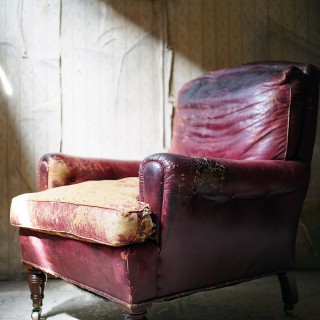 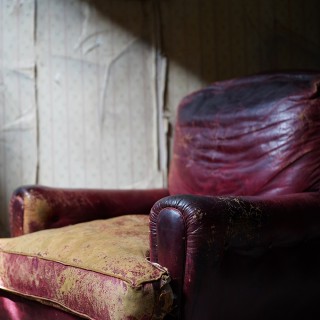 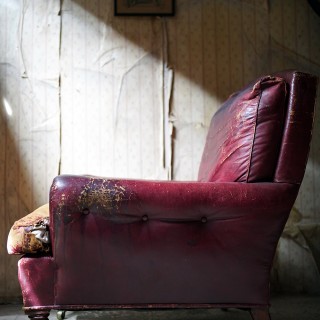 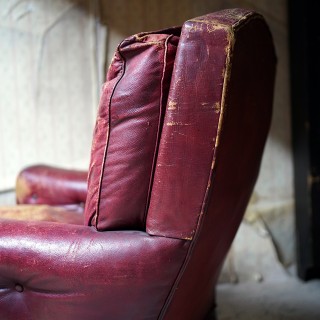 The well-crafted, comfortable and supple distressed red morocco leather armchair with a curved back to tubular arms to turned tapered walnut legs with brass castors, the flanks being unusually button backed, surviving from the third quarter of the nineteenth century and having been removed from Wood Hall, Hilgay, Norfolk.

The Grade II* listed Wood Hall is situated just outside the village of Hilgay in Norfolk. Built by Henry Hawe in 1579 on land granted to him by Henry VIII following the Dissolution, it subsequently passed through the Hawe family, its ancestors and other owners in the 17th and 18th centuries before being bought in the 19th century by William Lowton Jones. It was Jones who in 1807 instructed the landscape designer, Humphry Repton, to improve the parkland and rebuild large parts of the house which had been previously damaged in a fire. The estate was bought by the Stocks family of Upper Shibden Hall, Yorkshire in 1879 and has remained in the same family until recently, the last incumbents being the Charlesworth family, who inherited the house and land in 1974 from Major Eric Stocks.

A chair that ticks every box; with dreamy comfort, handsome looks and rock solid provenance.

In beautifully worn, country house order, the chair is lovely original condition making it hugely appealing. The leather is of super quality and now worn in many places but attractively so, now wonderfully supple, with no major tears or holes. There is one small burn mark to the seat and one small tear to the corner of the seat which isn’t visible. The walnut is in good order throughout with only minor scuffs and a good patina and colour. It proves a very comfortable chair indeed, perfect for lounging, reading or watching and is very hard to wrench yourself out of!