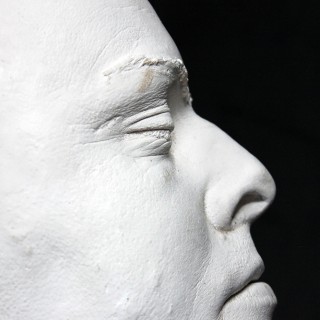 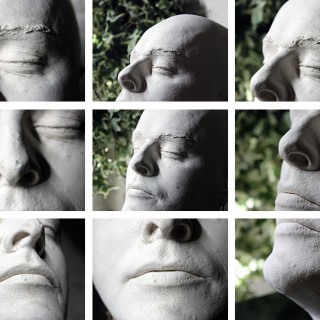 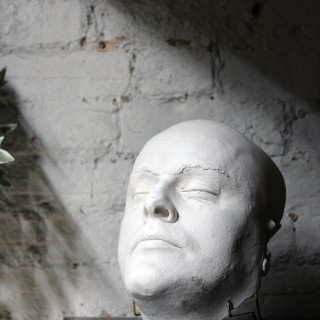 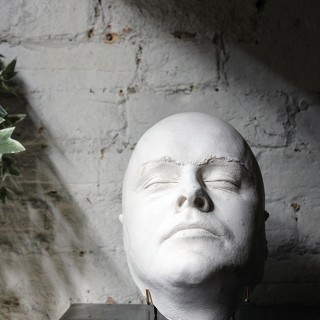 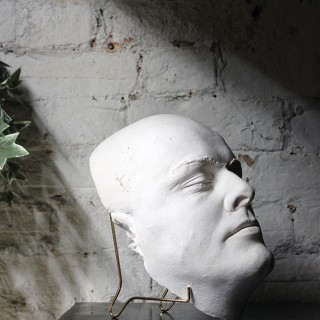 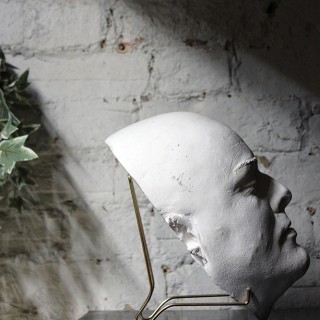 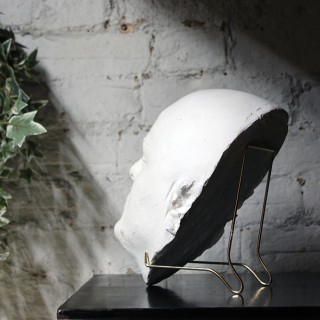 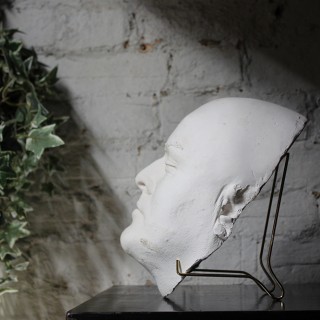 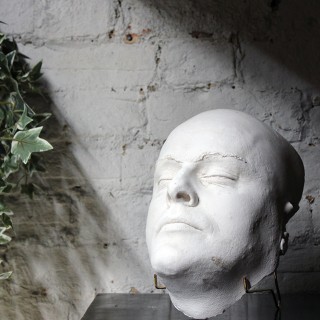 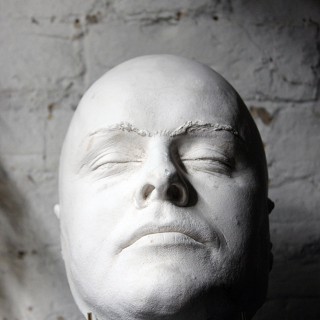 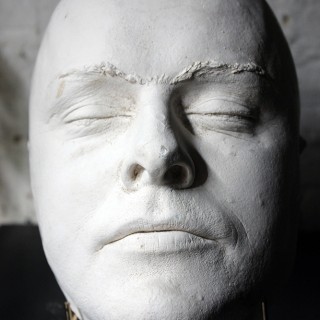 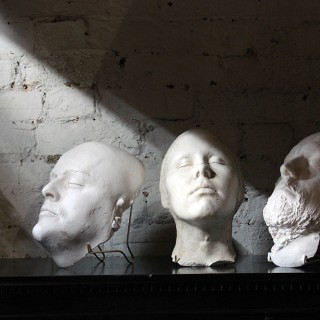 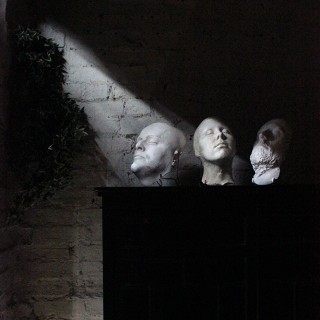 A Good 20thC Plaster Death Mask of a Burly Gentleman

The life size thick heavy set plaster moulded death mask, well cast of a heavy set gentleman, showing him in the serenity of passing, and of particularly burly proportions with good detailing, surviving from the middle of the twentieth century and probably of English origin.

This nicely detailed mask shows a large and burly gent, probably 40-50 years old, most likely fully bald, his ears half cast. The piece isn’t hollowed out to the rear so it is substantial and rather heavier than most masks of this type.

A large and imposing mask, whose now inanimate gracious features defy his no doubt burly frame.

In good original condition the mask remains in one piece without damage. It does not suffer from any chips or cracks and as such, thankfully, is presented in very good overall order. There are some light tarnish marks here and there and wear to the extremities.

A Good 20thC Plaster Death Mask of a Burly Gentleman