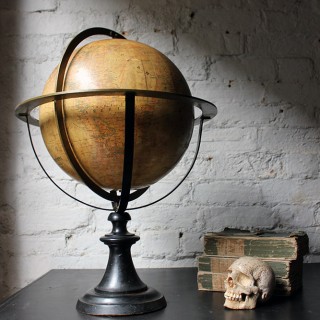 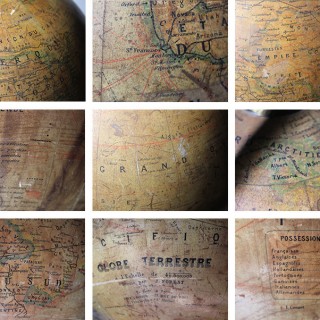 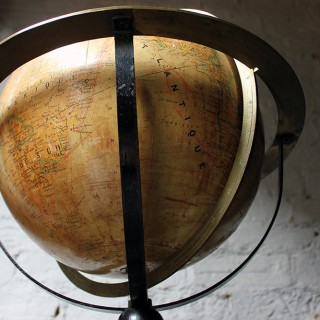 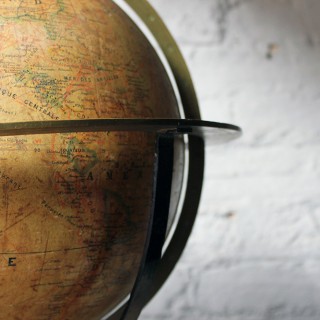 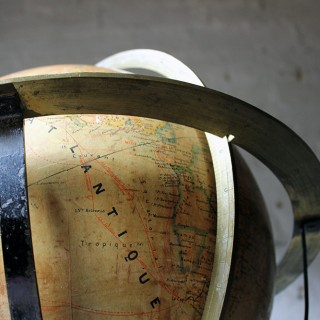 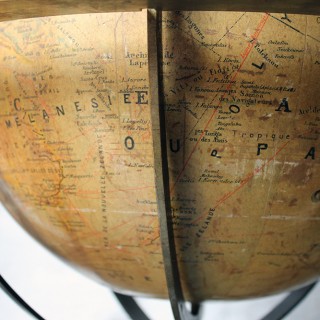 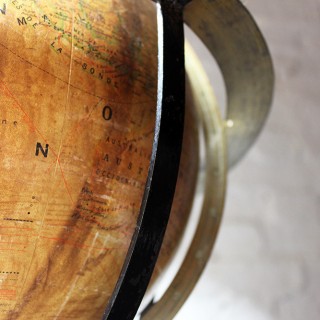 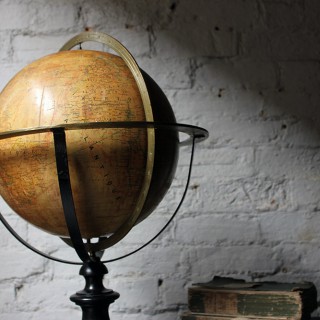 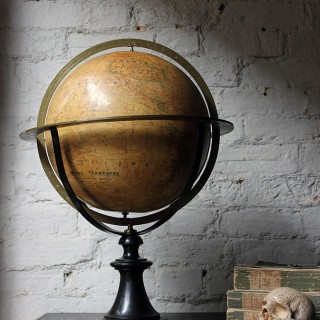 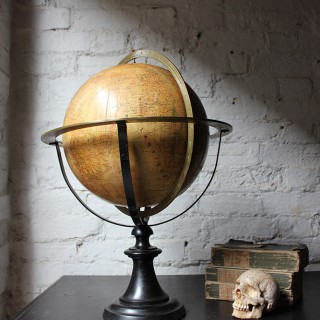 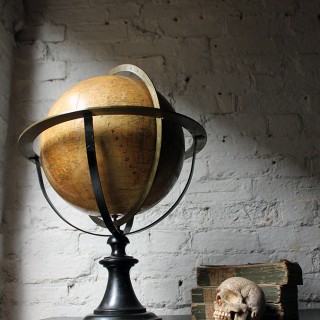 The globe shows a lovely patination, which comes with a large amount of handling over the years. There are the usual abrasion marks and associated wear that one would expect. In addition to this there is some damage to note in around five or six areas, some small dints, some larger areas of loss. There is a section of loss to the underside with two areas that could be restored. The other marks are less detrimental. The chapter rings and stand are all original to the piece. As a whole it remains a very attractive piece in its entirety.

Besides the details one would expect from a globe such as this you can also see the main railway lines and those planned, the submarine cables, and the paths of the major shipping lines and the Marseille- Noumea 57 days ( liner maritime messaging). Interestingly, the boundaries of colonial possessions are identified in colour and referenced to a key; ‘Possessions D’Europe’. This globe is also “historical” because under certain islands or territories, the date is inscribed on which they were discovered.

J. Forest made a large variety of globes in the late 19th and early 20th centuries, largely for school use, but also for home use. Their prolific output included table globes, some on ebonised turned stands; floor globes; and novelty globes, including terrestrial globes on geared turntable stands, and cigarette lighters incorporating globes. In the 20th century Forest produced light up globes, including modernist aluminum bases. Forest globes were mainly labeled in French, with some for export in English or Spanish. In the early 20th century, J. Forest was apparently succeeded by the geographical publishing firm Girard & Barrère, which continued to offer “Globes Forest” at the same Rue de Buci address in Paris that Forest used.

Both hugely decorative and highly collectable.