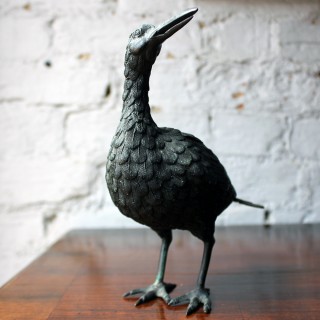 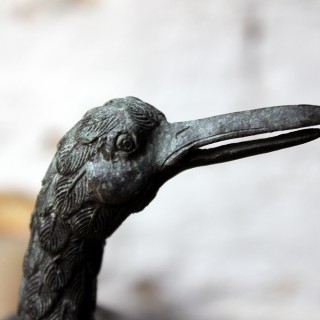 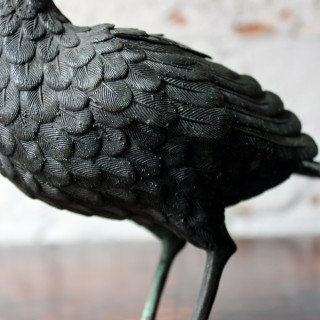 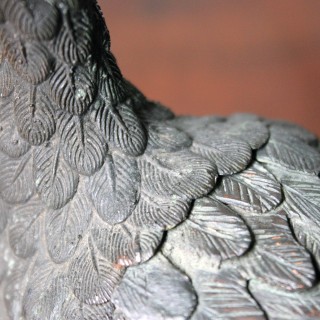 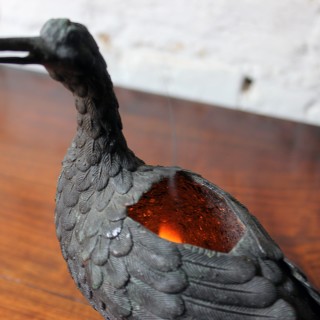 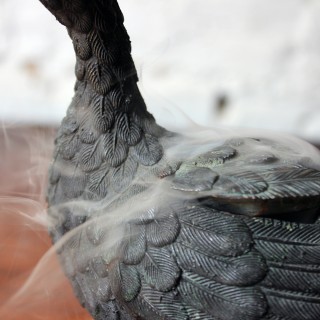 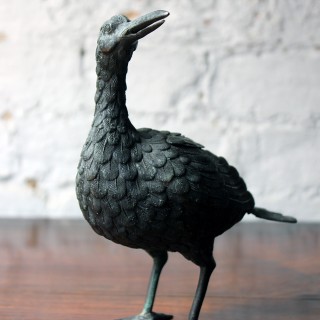 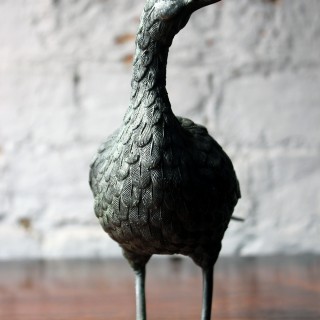 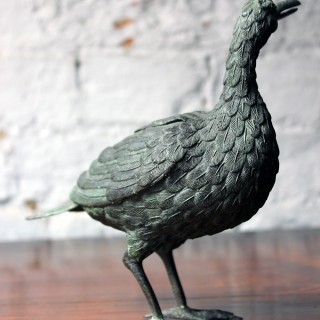 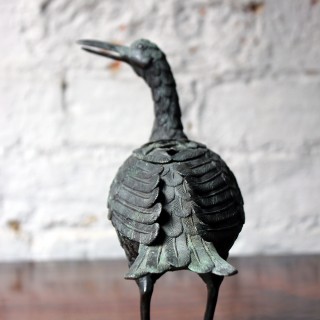 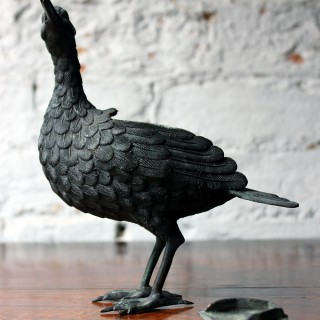 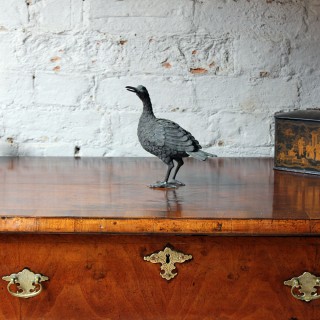 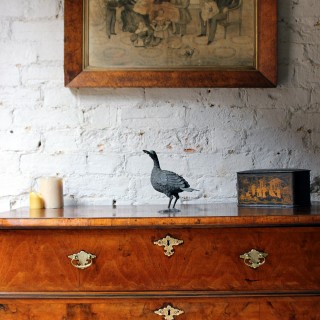 The realistically modelled and cast patinated-bronze incense burner or censor with well cast wings forming the cover to the burner, the water bird with an alert expression, the whole with an overall green patination, surviving from the far east at the beginning of the twentieth century.

Perfumes and incenses and their use dates back to the dawn of time, developing alongside civilisations. It seems that it was in the Middle East, around 7000 BC when the first objects considered as perfume and cosmetics vases appeared. These civilisations employed various odorants, mainly resins widely used as early as 4000 BC in ritual fumigations in censers or incense burners, reserved for the gods and reserved for royal families. Burning incense in such pretty vessels as these enjoyed a vogue among European fashionables during the late eighteenth and early nineteenth centuries, particularly in` England, France and Russia.

This piece is inspired by early Chinese incense burners from the 16th to 18th centuries where birds such as the goose and quail were popular. This bird is similar to a redshank, moorhen or sandpiper.

A beautiful table-top piece which works wonderfully well as intended.

The piece is in good overall condition, there are areas of patination wear, some minor misshaping, with attractive verdigris. The feet have possibly previously been repaired. It remains complete and is pleasingly heavy.