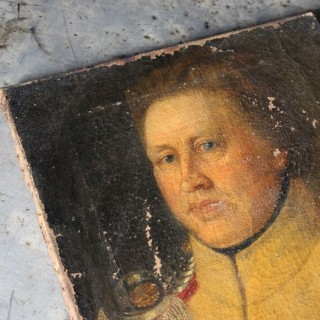 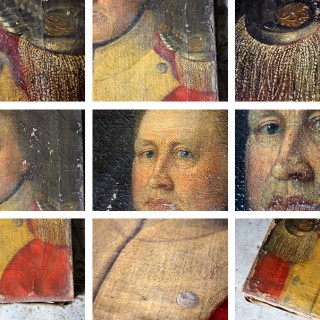 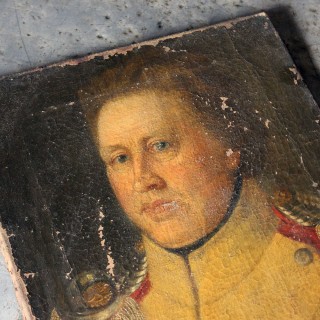 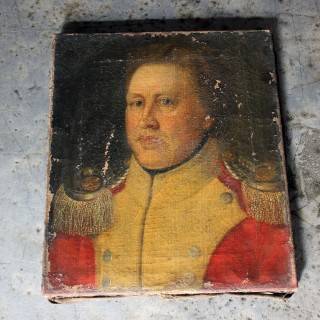 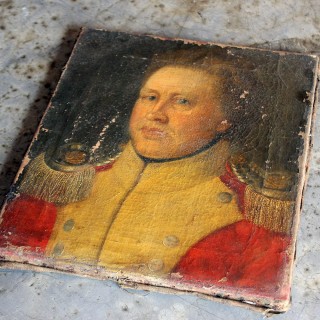 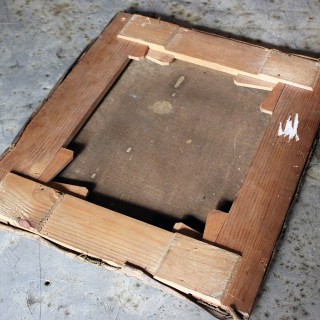 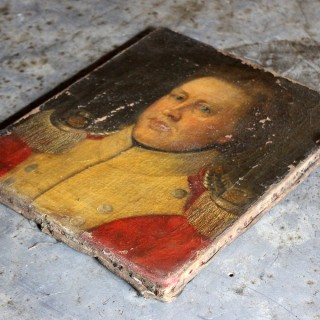 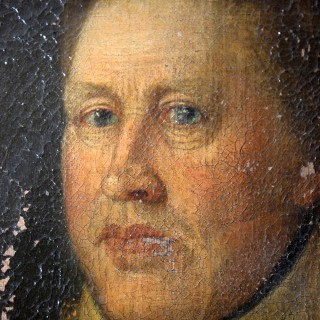 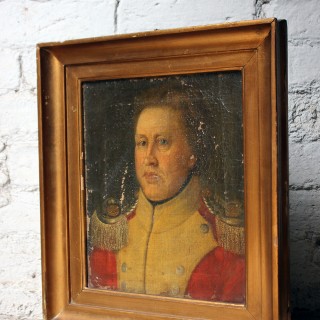 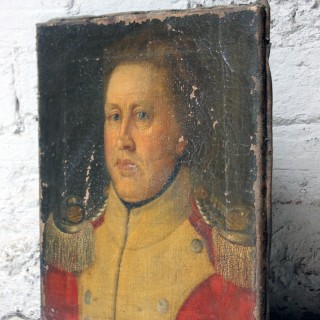 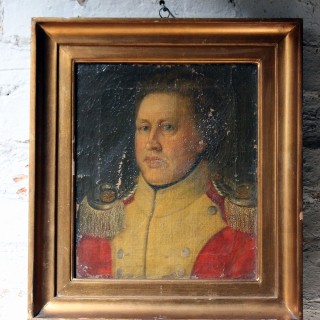 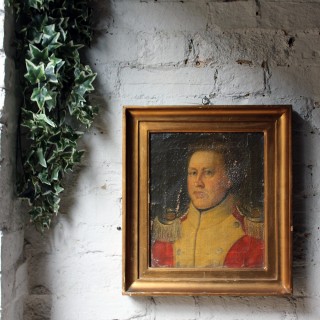 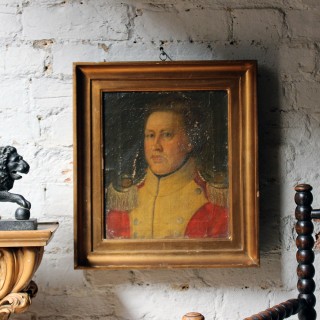 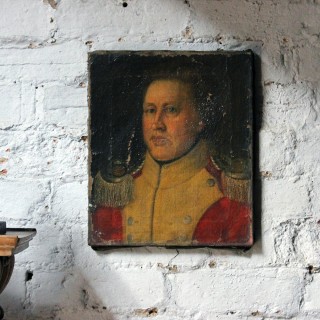 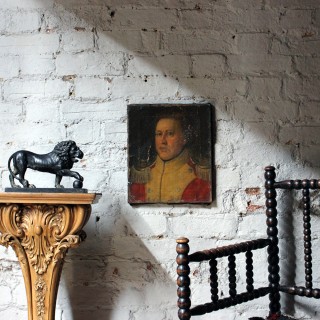 The absorbing provincial school oil on canvas portrait of a continental officer of high rank, with associated gilded moulded frame (if required), the sitter shown at head and shoulders length depicted on a dark background in his regimental uniform of red overcoat, yellow facings and tasselled epaulettes, looking directly out to the viewer, his face stern and knowing, yet with a touch of humour, the composition surviving from the turn of the nineteenth century.

At this period in military history there are styles repeated throughout European armies so it is rather difficult to ascertain the officer’s origins. There isn’t sufficient detail in the uniform to identify a unit; though cleaning and further research may prove fruitful. The main coat buttons are plain, which suggests European, as all British regiments either of the line or militia are decorated with a regimental device or royal cypher. The double facing on the jacket and fine wire on the epaulette is also more akin to a European style with the scale type epaulette and mask button fastening and blank tunic buttons all point to a continental officer, but with no further details that could point to an origin anywhere from Russia to Poland as many units wore similar tunic patterns.

Despite being unsure on origin this is still very much the kind of picture we are always looking for, un-meddled with and with that discerning look that is hard to pin down; not to mention, it is a work that merits further research.

With thanks to Johnny Williamson and Paul Laidlaw

The picture is in unrestored condition with flecked losses, as pictured, though does not suffer from any major loss, showing an even amount of craquelure to its surface mainly visible to the face. It remains un-cleaned and in very original order. The painting is apparently unsigned. A clean may bring out more of the colour in the picture and may well help identify the rank and origin of the piece but we prefer to leave these decisions to the eventual buyer and its country house condition is appealing. The frame has been redecorated at some stage in the 20thC but still retains a nice decorative feel and can be provided with the picture at no extra charge.