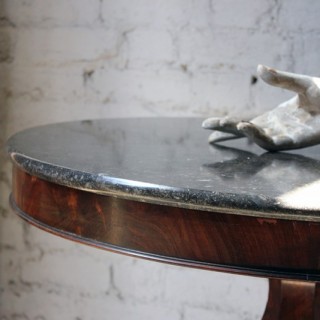 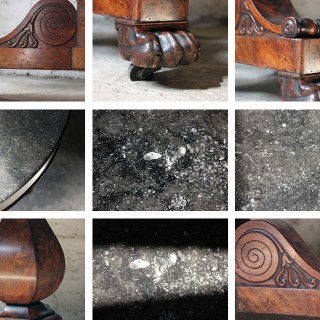 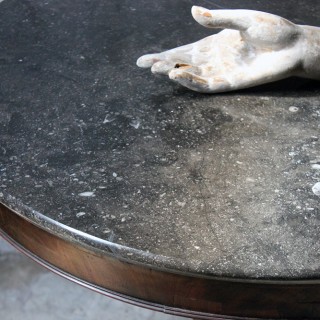 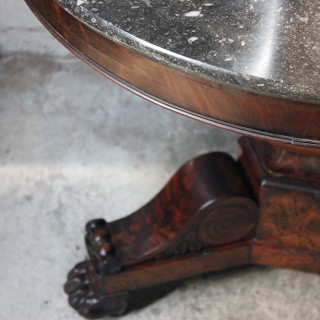 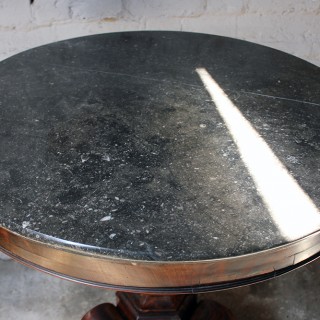 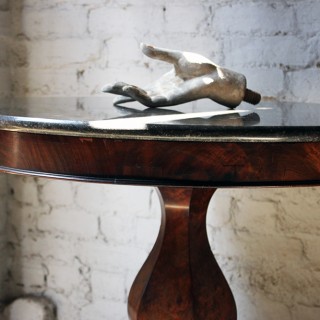 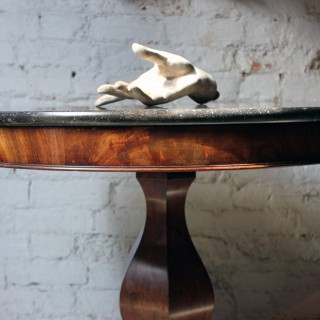 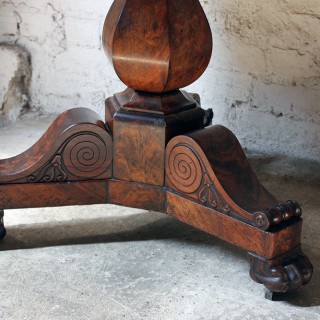 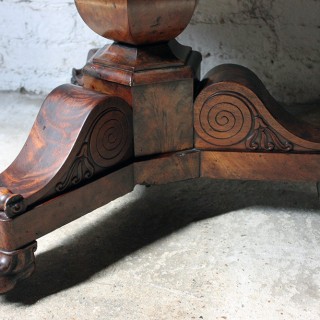 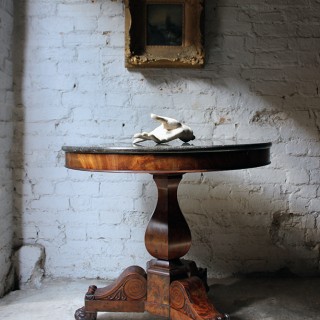 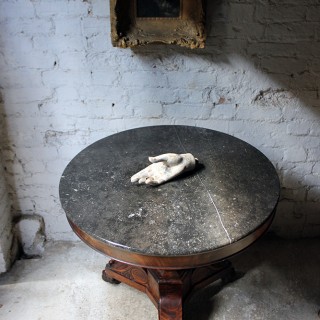 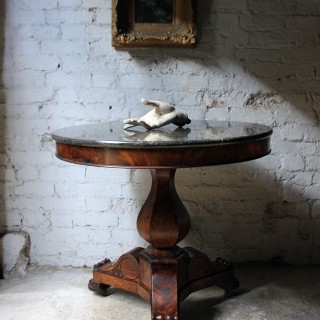 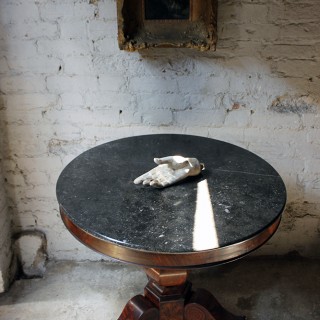 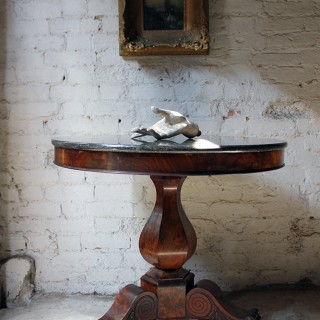 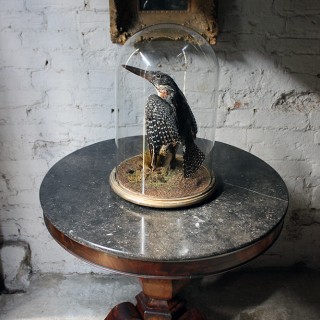 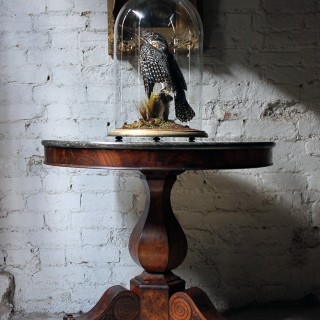 A guéridon is a small, often circular-top, table supported by one or more columns, or sculptural human or mythological figures. This kind of furniture originated in France towards the middle of the 17th century.

When they were first introduced in 17th-century Europe, guéridons were typically one-legged pedestals used as stands for candles or candelabra. They would often be placed on either side of a pier table or positioned in front of mirrors so the candlelight could be reflected and multiplied in the glass Guéridon was the name of a Moorish slave at Louis XIV’s court, so some historians believe that therefore candle-stands were termed guéridons, and retained the name even when the forms changed.

By the time of the death of Louis XIV there were several hundred of them at Versailles, and within a generation they had taken an infinity of forms: columns, tripods, termini and mythological figures. Some of the simpler and more artistic forms were of wood carved with familiar decorative motives and gilded. Silver, enamel, and indeed almost any material from which furniture can be made, have been used for their construction. A variety of small occasional tables are now called guéridons in French.

Super stylish… or should that be tres chic.

The table is in fair to good overall order. There are a handful of sections of loss to the veneer on the base, and to the frieze rim, some of those having been replaced and matched in, other with vacant areas. The heavy castors are seemingly original. The top appears to be original and has a nice patina, though has at some stage, been in two pieces and repaired so there is a fissure line running through the whole. The whole, including the top, is sturdy and can be used quite happily as is or could be put through some light restoration if so desired.