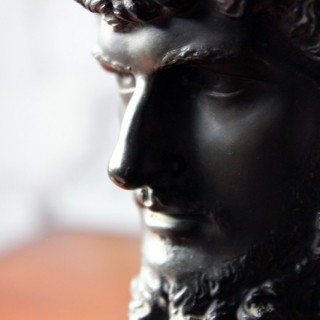 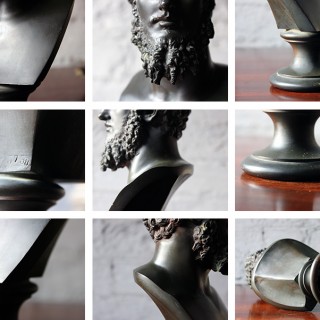 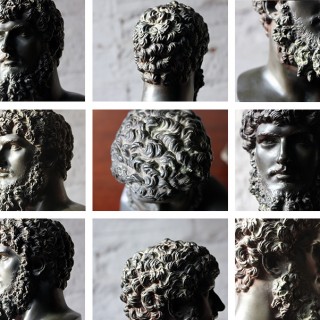 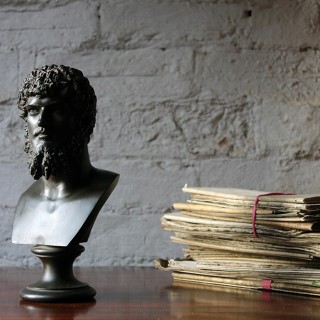 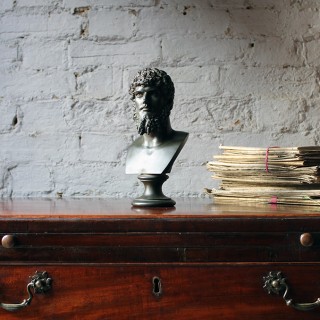 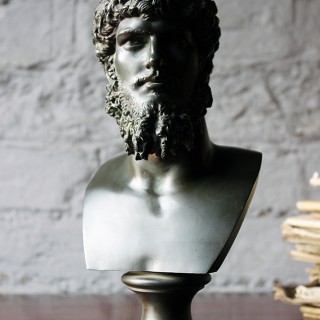 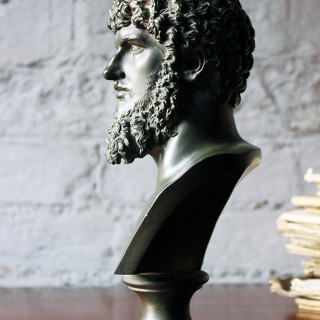 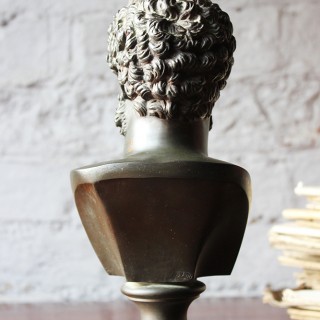 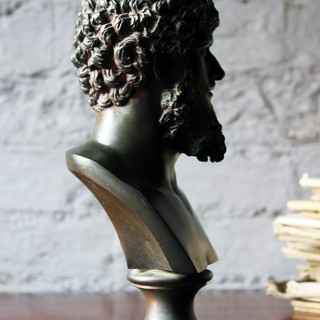 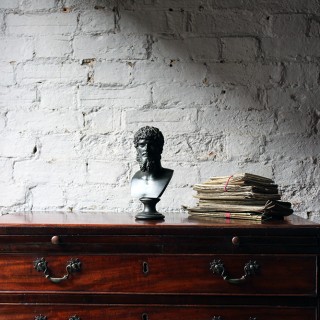 The dark patinated bronze portrait bust of Roman Emporer Lucius Verus (c. 180-183 AD) modeled as the emperor gazing sinister on a waisted socle and numbered ‘3738’ to the rear, surviving from late nineteenth century France or Italy.

Busts of this type of Verus were produced in both Italy and France and if this piece is French it could well be by F.Barbedienne. The original sculpture of Roman Emperor Lucius Verus is in the collection of the Louvre, and is formerly of the Borghese family collection.

Lucius Verus was the Roman Emperor from 161 to 169. Born Lucius Ceionius Commodus, the same name of his father, he became Lucius Aelius Commodus when the latter was adopted by Hadrian, since both father and son had to change their names accordingly. Throughout Antoninus’ reign he was to remain in the shadow of the emperor’s favourite Marcus Aurelius, who was being groomed to hold office. If Marcus Aurelius was granted the office of consul at 18 years of age, he had to wait until he was 24.

Lucius Verus was tall and good-looking. Unlike emperors Hadrian, Antoninus and Marcus Aurelius, who had made wearing beards fashionable, Verus grew his to a length and breath of a ‘barbarian’. He is said to have taken great pride in his hair and beard and at times even to have sprinkled gold dust on it in order to further enhance its blonde colour. He was an accomplished public speaker and also a poet and enjoyed the company of scholars. Though so too was he an ardent fan of chariot racing, publicly backing the ‘Greens’, the horse racing faction supported my the poor masses of Rome. Further he was also very interested in physical activities such as hunting, wrestling, athletics and gladiatorial combat.

Reminiscent of Grand Tour this is a fine sculpture of delicate proportions for such a giant of a man.

In good overall condition the bust has not had any restoration or cleaning taken to it with the darkness to the bronze creating the impression of Berlin iron. There is a nice deft green verdigris patination to the whole and no dents or marks that are no commensurate with age.