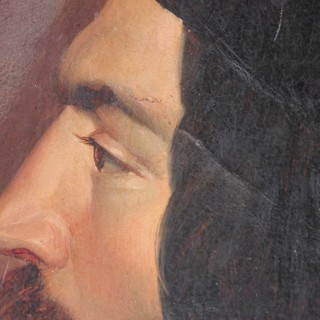 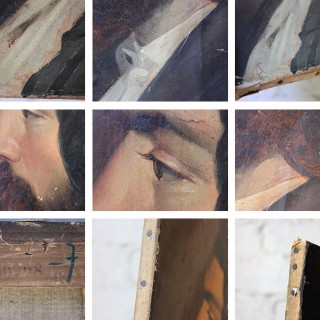 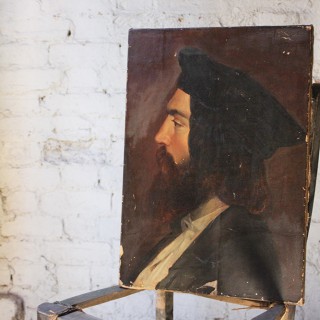 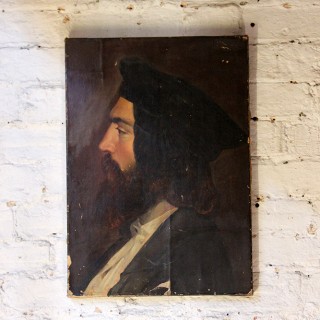 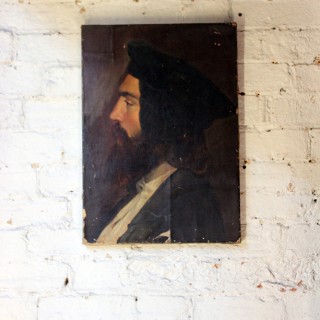 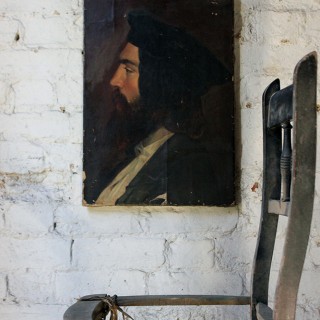 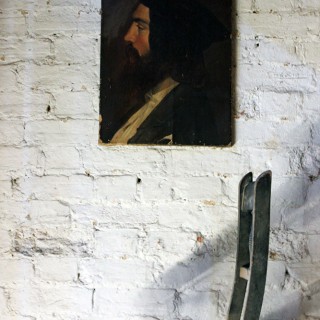 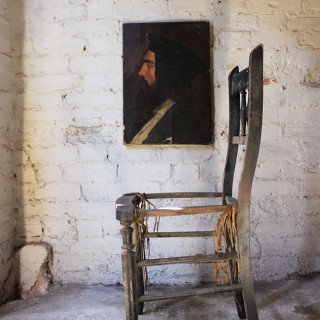 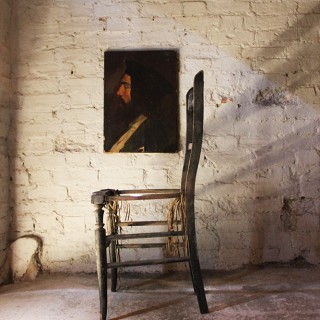 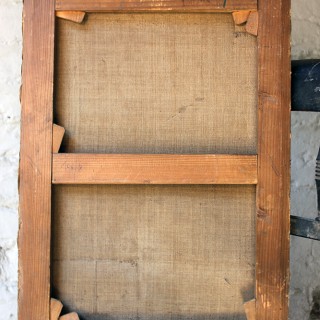 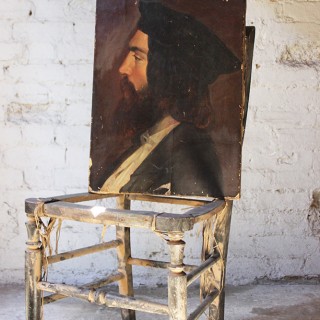 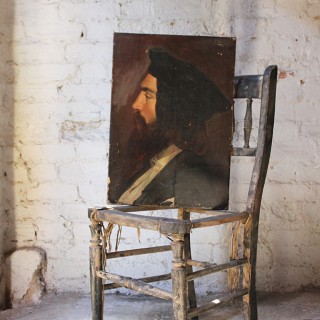 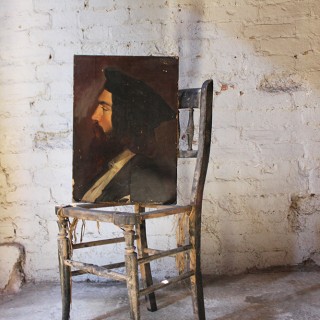 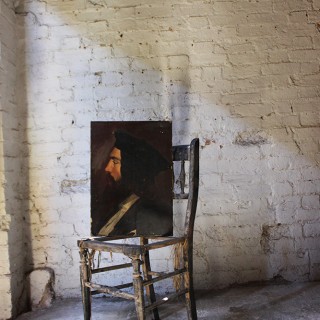 The unframed nineteenth century oil on paper study laid down on canvas, showing a well realised head and shoulders portrait on a burnt umber ground of a young student with dense chestnut beard in academic attire consisting of black robe and tudor bonnet type hat, in side profile, attributed to the work of Friedrich von Amerling and surviving from the middle part of nineteenth century Austria.

Friedrich von Amerling was a painter of exceptional forte, widely feted for his sentimental, simple and pious view of the world in a realistic way in his portrait paintings and he was the most outstanding of Austrian portrait painters of the 19th century. Apart from being a portrait painter, he also showed great skill in painting historic, genre, and landscape paintings. In 1816-1823 he studied at the Vienna Academy and he then travelled to London intending to get acquainted with Thomas Lawrence, who was considered the greatest portrait painter of the time. Lawrence allowed the young artist to visit his studio and to continue his education after the master’s accomplished works. A year later he moved to Paris, where he was friendly received by Horace Vernet. After his return to Vienna he soon became one of the most popular portraitists of the Austrian high society. He worked in Italy in 1831 and 1841-44. Around 1000 portraits created by the artist are known to exist; many of them are now missing. Works of F.von Amerling are displayed in the greatest museums worldwide.

This portrait truly paints a picture of the proud nineteenth century Viennese student, of the music of Strauss and Brahms and the rich culture of the period.

The picture is unframed and unrestored, and in decorative condition with a couple of small scuffs and a section of loss to the lower middle. There is a little retouching to the left flank and some discolouration to a couple of areas and craquelure to most of the surface. There are some numbered stamps verso as photographed.