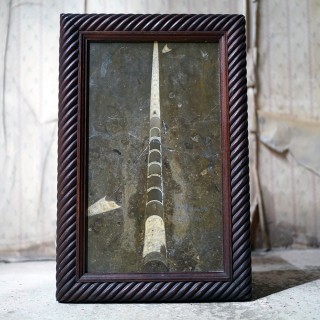 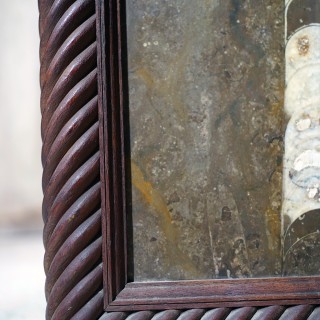 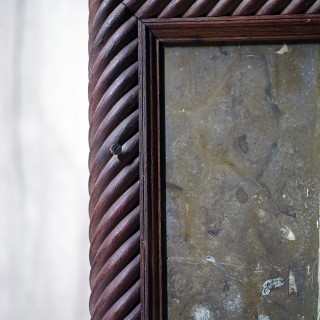 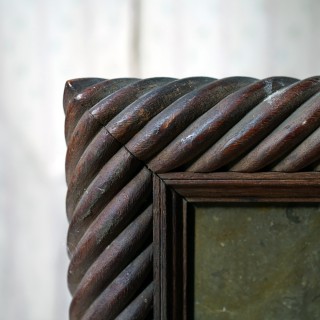 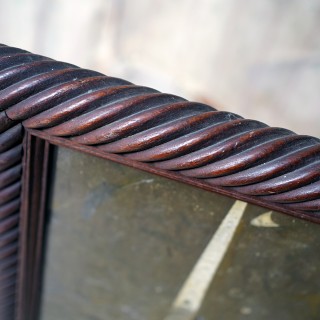 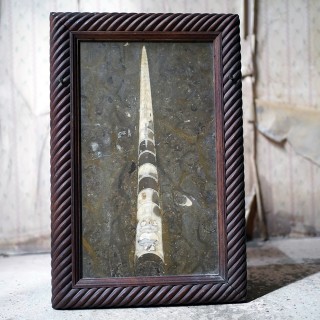 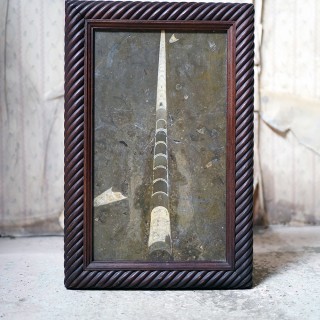 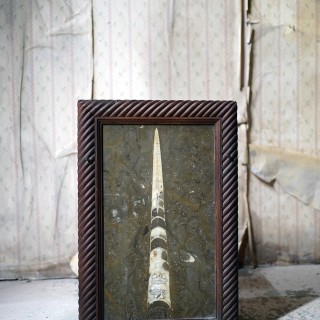 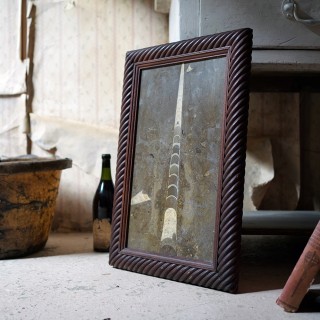 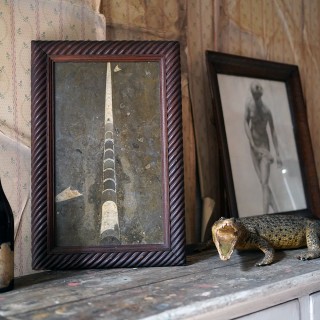 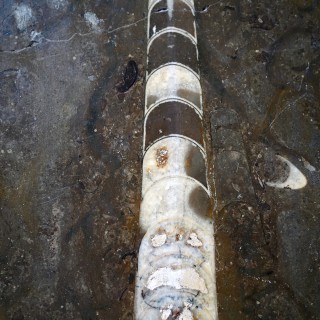 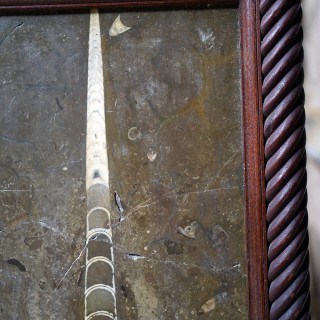 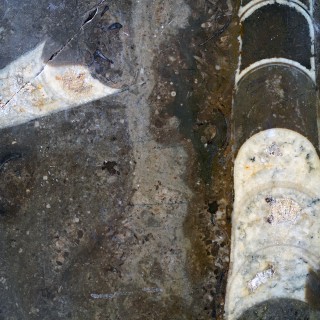 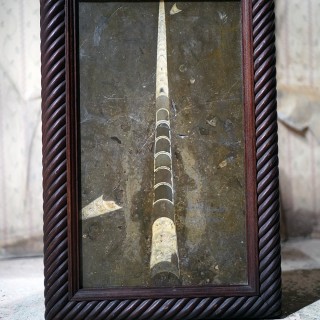 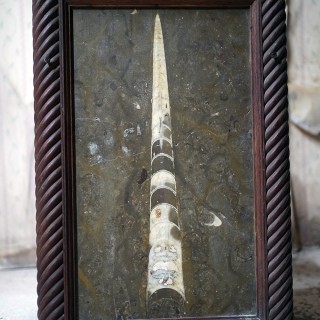 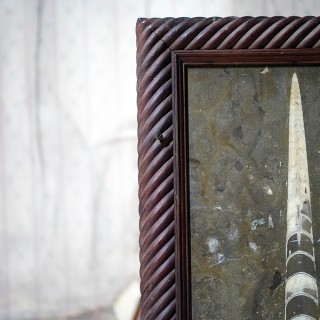 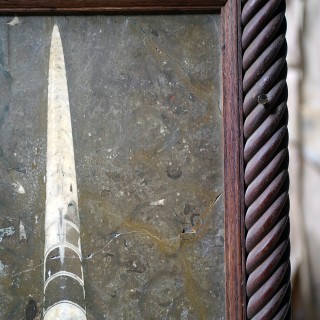 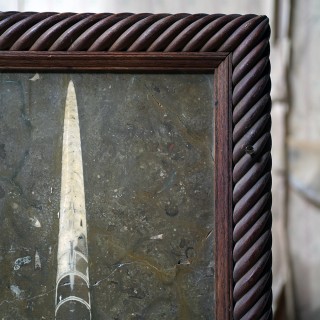 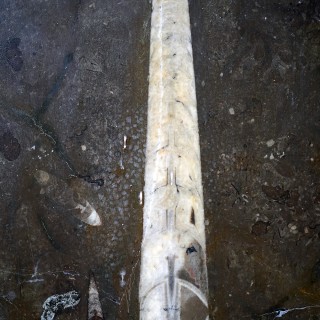 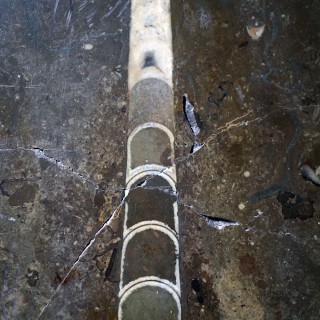 The wonderfully preserved single framed specimen, being double sided and set within a late Regency/ William IV spiral twist frame of superb quality, the specimen polished and of good size, the whole in good original order.

The ancestors of the squid and octopus, an orthoceras is an ancient mollusk that lived in the Ordovician period. At that time, the earth was mostly covered in water. It had a soft squid-like body inside a cone shell. Over time, its aragonite shell turned into calcite and fossilized. The name means straight horn, referring to the characteristic long, straight, conical shell. The preserved shell is all that remains of this ancestor of our modern-day squid.

This museum quality piece was probably part of a gentleman’s grand tour and curiosity display, part of a study or library setting and the frame was made specifically for it in the late Regency to early William IV period.

In fine condition, now well polished for display and with a smooth finish, with some small hairlines throughout as photographed.