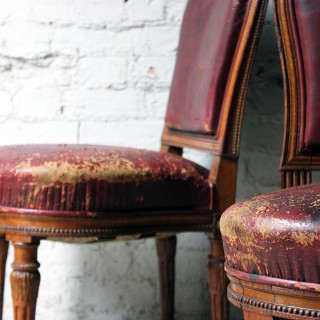 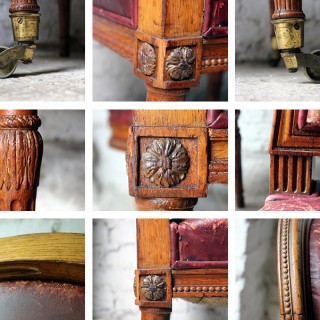 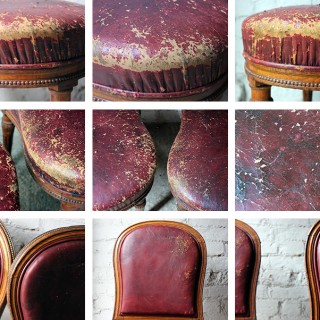 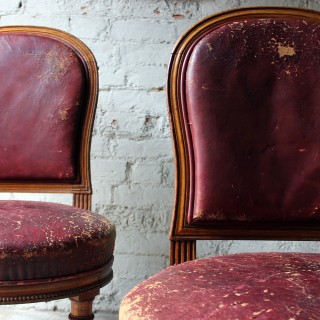 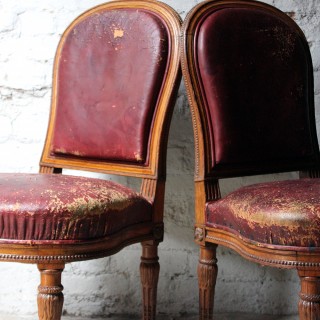 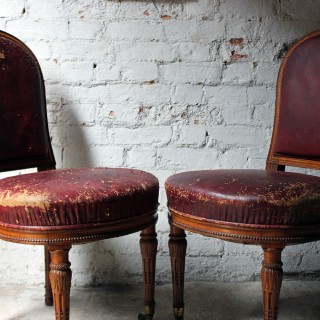 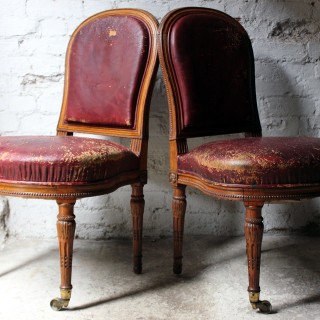 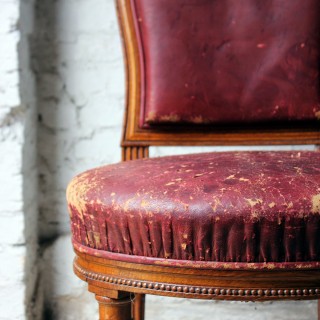 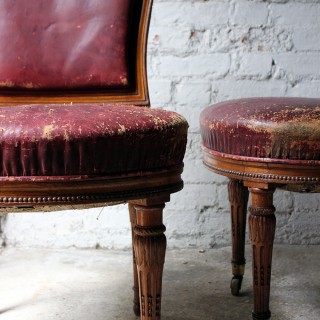 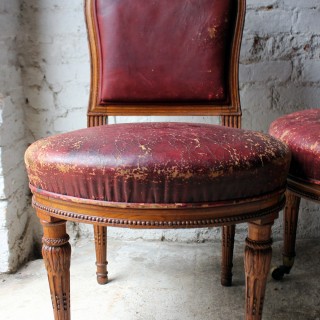 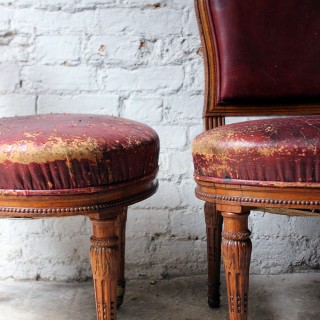 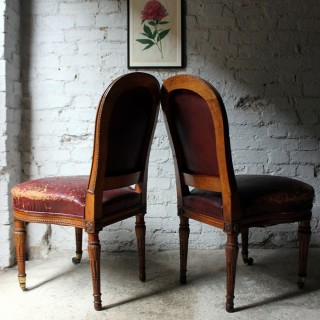 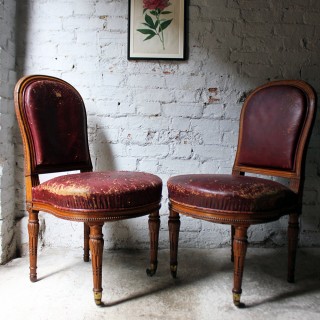 The well made pair of early Victorian period library chairs, carved in golden oak with fluted tapering legs adorned with acanthus leaves and floral cabochons to good quality front brass castors, the seat and back with gadrooned friezes, the shaped padded back and seat covered, in the original plum leather, now faded beautifully with age.

The chairs are reminiscent of the work of the firm of Holland & Sons, one of the largest and most successful furniture making companies in the 19th Century. We have sold a similar pair that had more of a gothic influence in the pat which retained the same shaped seats and backs as this pair. The chairs have grooves to the undersides of the seat backs so that they can be picked up and moved more easily.

In just the kind of country house condition we love, this pair prove brilliantly decorative quality chairs that would work well in a hallway or landing space for instance.

The condition of both chairs is mainly good and entirely original, with a natural and honest patina, deep colour and no sign of any restoration. The sprung seats are in good sturdy order and do not need re-springing or re-webbing. There is no worm or damages to the oak other than some nibbling and wear to the extremities. The plum leather is almost certainly original and has just the right amount of wear with no tears or rips, aside from one coin sized piece of loss to one chair. The brass castors are original, good quality and move freely.