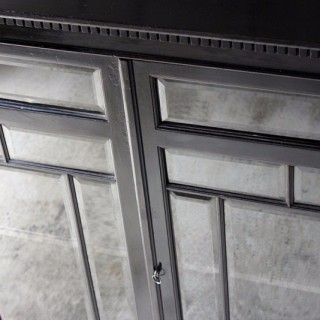 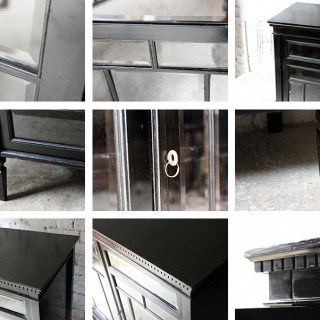 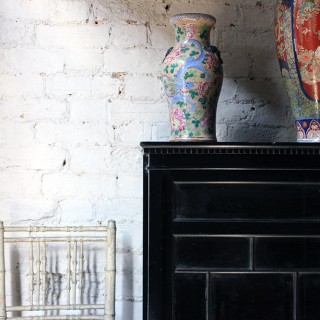 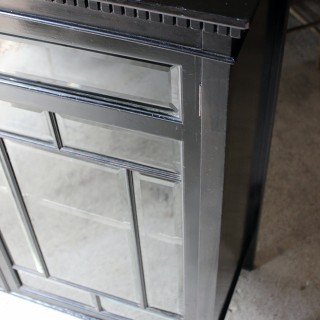 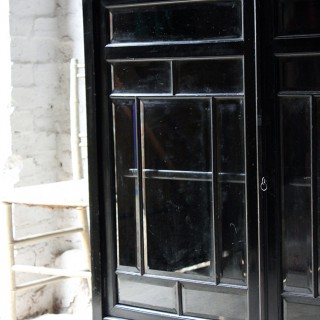 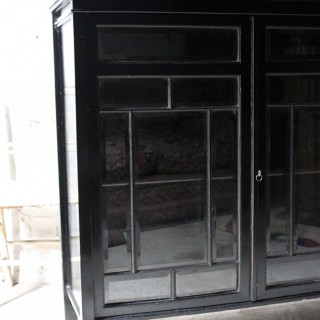 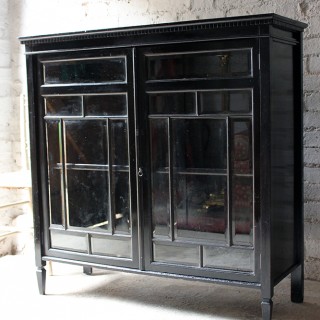 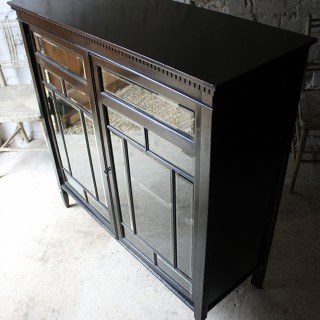 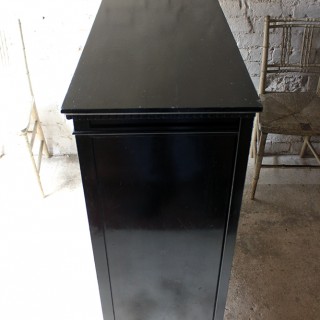 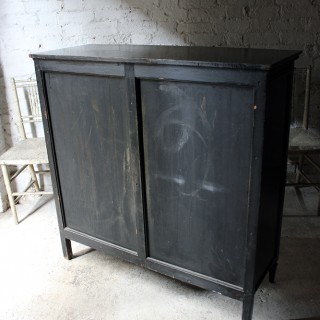 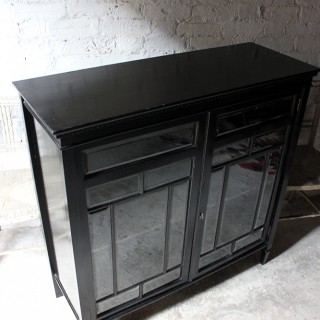 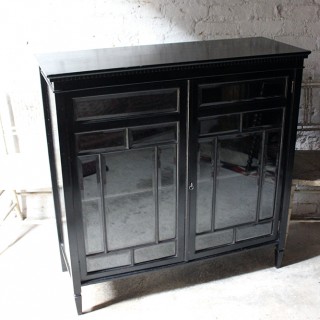 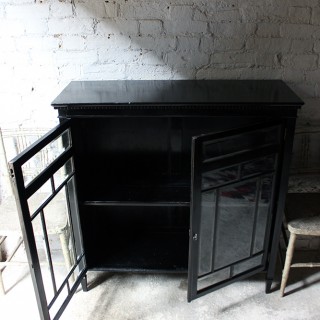 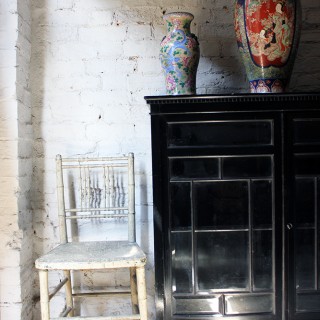 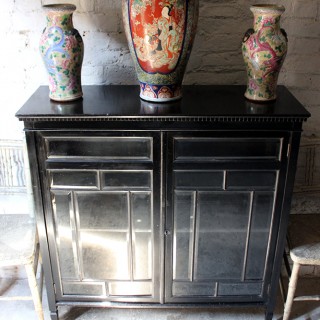 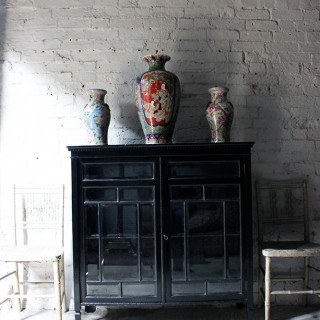 A Good Quality Aesthetic Movement Ebonised Cabinet in the Manner of E.W.Godwin c.1880

The good quality ebonised side cabinet having hand-bevelled glass doors consisting of seven geometric panels to each side with a further larger rectangular panel above, the carcass having a dentil cornice on tapering spade footed legs to the front to rear stiles, opening to reveal an adjustable shelf, having working lock and key and surviving from late nineteenth England, inspired directly by the designs of E.W.Godwin

Godwin a true pioneer of his day, a revolutionary of his time the Godfather of the modern movement and a significant leader in the influence on domestic design, one of the first people to incorporate economy and hygiene into his furniture, his thinning designs using as little wood as appropriate yet making the piece as strong as possible, so even a maid could move the furniture on her own to clean behind and under and designed furniture without dust attracting area’s so important in an age where disease was rife. His disbandment of clumsy or over ornate detailing his lean toward line and form in a purely Japanese style yet he never visited Japan, it is thought that he was most probably the first man in England to decorate his entire house in the Japanese style and drew part of his inspiration from 2 volumes of Hokusai’s Mangwa from which he gained his knowledge of Japanese wood construction and he carefully studied original pieces on display at museums.

A striking piece that fits within both a modern aesthetic and the high Victorian; truly design that was way ahead of the game.

The cabinet is in good overall condition and has the expected signs of wear to the ebonised finish to the extremities, for example to the top, with some light surface marks. She remains sturdy and we have given the piece a light polish to the ebonised finish and had two of the glass panels replaced, which have been hand bevelled, to match. The lock and key are later and in working order. The shelf can be adjusted higher or lower to taste via the rungs.

A Good Quality Aesthetic Movement Ebonised Cabinet in the Manner of E.W.Godwin c.1880

in the manner of godwin