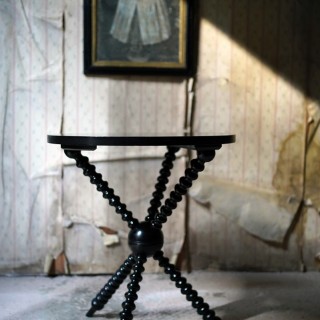 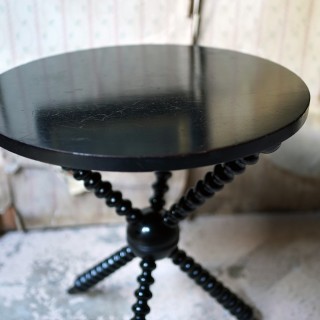 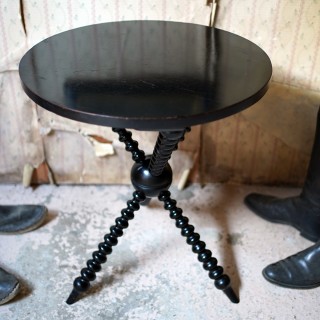 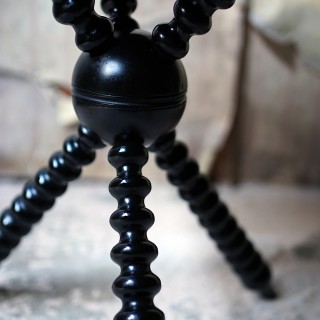 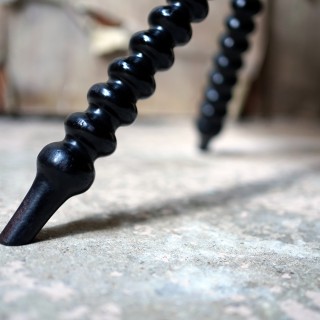 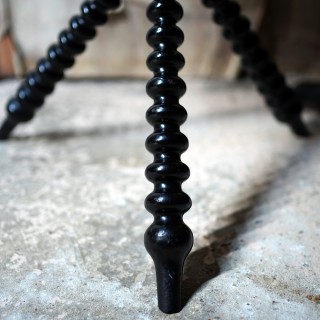 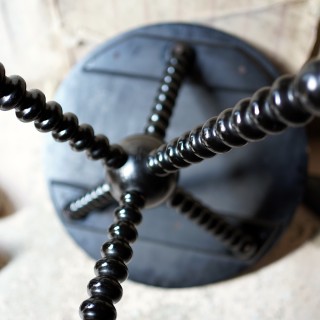 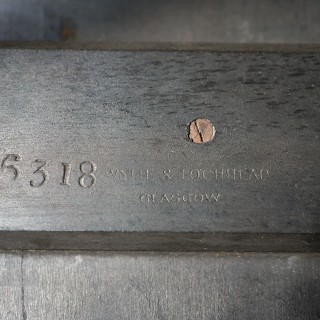 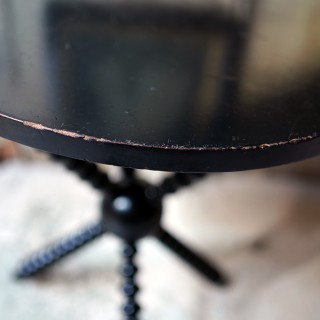 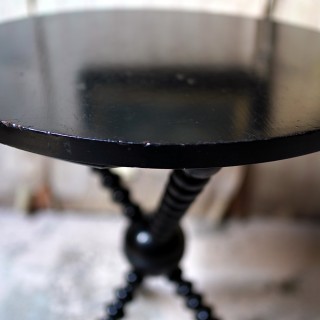 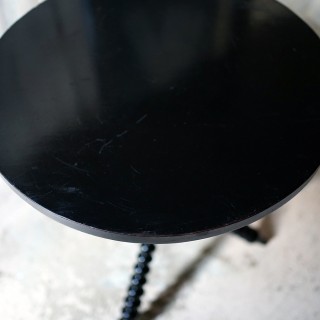 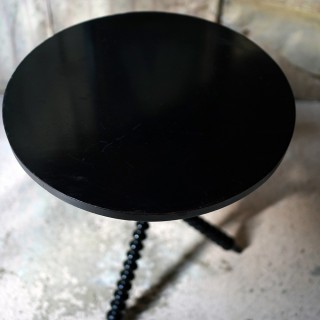 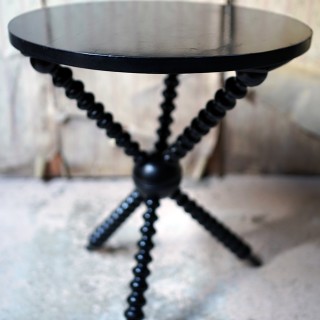 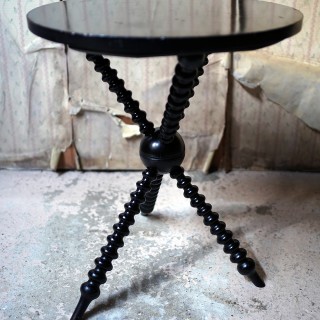 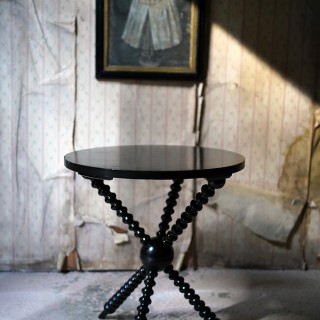 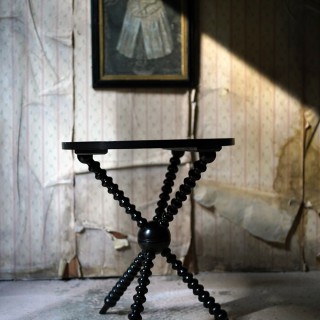 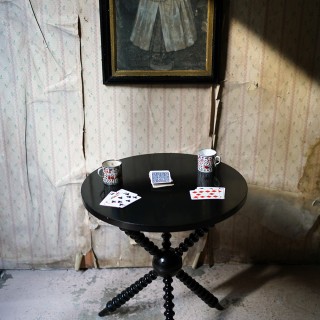 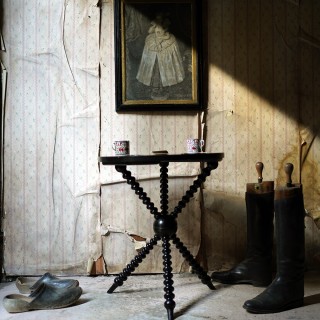 The super quality ebonised bobbin side or gypsy table, stamped under for Wylie & Lochhead Glasgow and the number 76318, having a beautifully turned bobbin tripod base to central orb and circular top and surviving from late nineteenth century Scotland.

Antique Furniture by the Scottish cabinet makers Wylie & Lochhead means the piece is going to be of superb quality and a very high level of craftsmanship.

In 1829 Wylie & Lochhead was started by cabinetmakers Robert Wylie and William Lochhead mainly as coffin builders but they quickly became very successful with many workshops and furniture showrooms in Glasgow, Scotland. Wylie & Lochhead became renowned for their artistic designs and high levels of craftsmanship especially in the late Victorian and Edwardian periods. Wylie & Lochhead most well-known designers were E.A Taylor, John Ednie and George Logan. Their Arts & Crafts Furniture designs were considered of such high quality they were displayed at the Turin International Exhibition alongside those of Rennie Mackintosh and the Glasgow Four.

A real statement piece of furniture by a top maker, and a sculpture in its own right.

The table is presented in good original condition with no losses to speak of and stands well with merely wear to the ebonisation as expected to its extremities. The central orb is almost mid-century in its style.