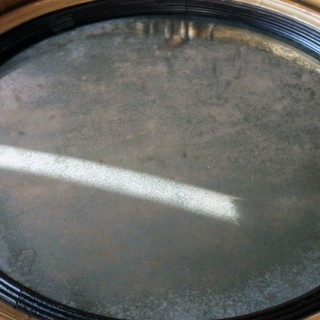 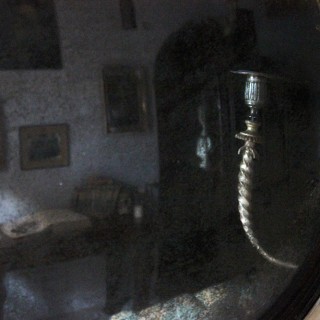 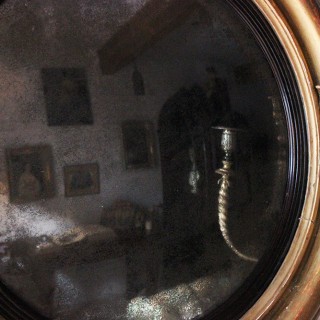 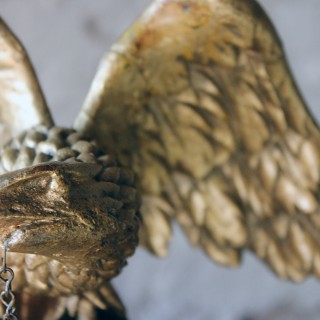 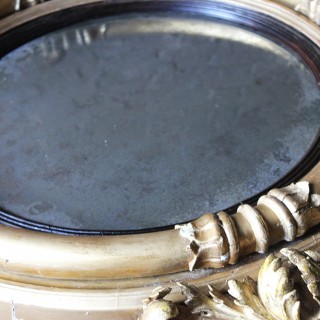 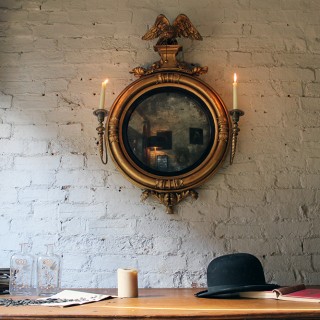 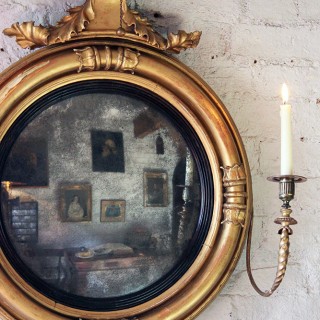 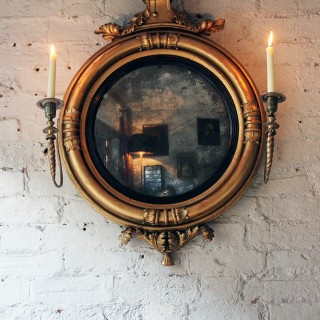 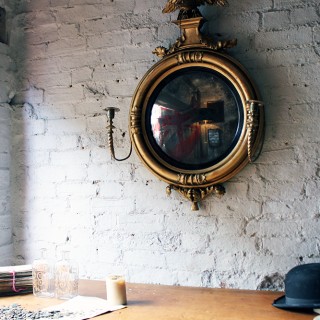 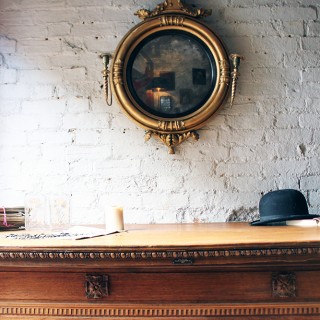 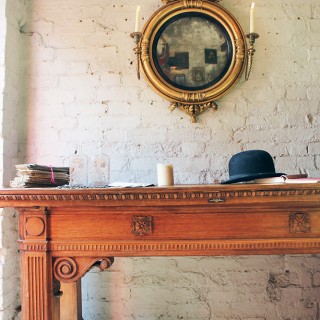 The large Regency period giltwood and gesso wall mirror having the original convex mirror plate with ebonised mahogany slip, surrounded by a thick moulded gilt gesso frame surmounted by a pedestal sided by acanthus leaves and supporting an eagle displayed, suspending from its beak on a chain, a corvetto ball, the base with further acanthus leaves, each side with brass and gilt gesso girandole candle arms and candle cups, surviving from the first quarter of the nineteenth century.

An impressive Regency staple, and a classic antique with masses of decorative appeal.

The mirror is in very attractive, decorative aged condition. The original plate glass is in tact and has attractive foxing across the whole, evenly spread. The gilding has had a rather chequered history with some areas of wear through to the gesso and a more stable patination elsewhere, though it may have been re-gilded at some stage it is still historic gilding, and as such there is a nice craquelure to the surface with some small losses throughout to the frame. The candle cups are slightly misshapen but appear to be original, there is some loss to one of the sconces. The reverse shows the original boards.