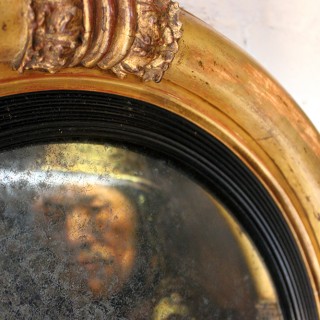 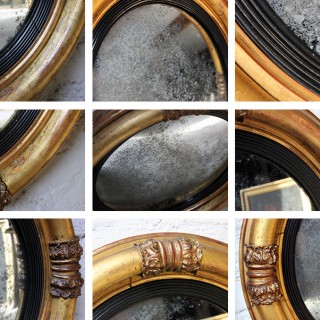 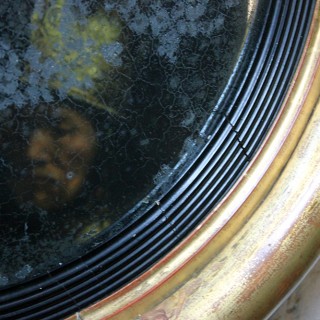 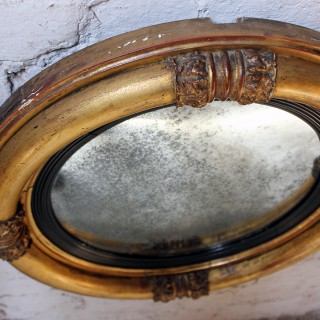 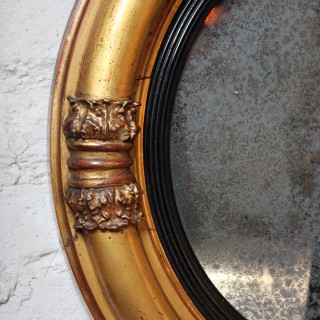 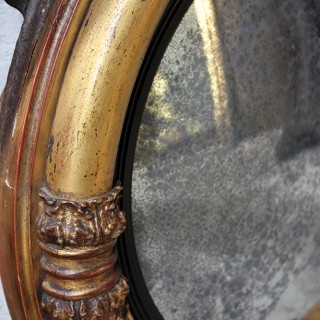 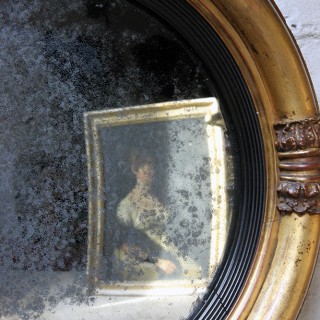 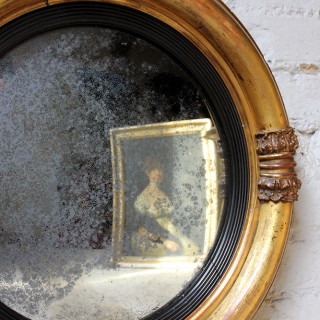 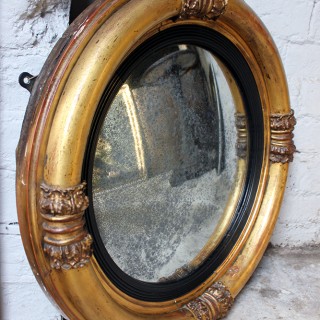 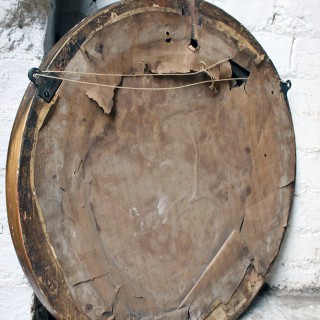 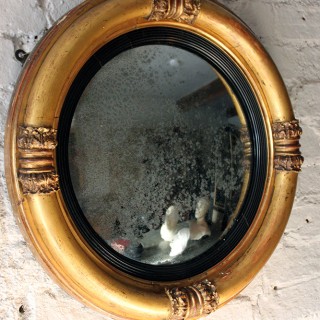 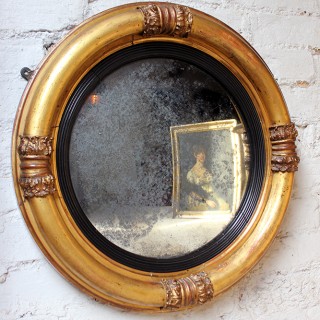 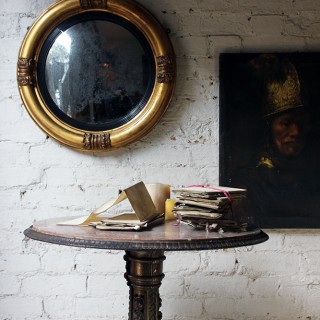 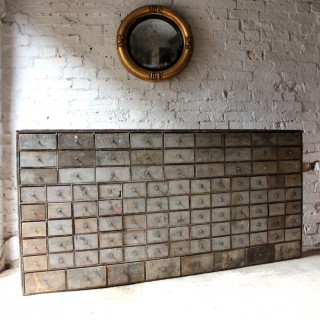 The deep dished Regency period giltwood and gesso circular wall mirror having the original convex mirror plate with ebonised reeded mahogany slip, surrounded by a moulded gilt gesso frame with acanthus stiff leaf-work crestings, the whole with a good deal of character, patination and colour, surviving in very original condition from the first quarter of the nineteenth century.

The convex shape was very popular in the Regency period and appeared in many forms, often with the addition of exotic animals, flora and other decoration. Dante Gabriel Rossetti had two convex mirrors rather like this example in his sitting room at 16 Cheyne Walk, London.

Of appealing size and in just the sort of original condition we crave.

The mirror is in very attractive, nigh-on totally original condition. The original plate glass has a lovely consistent craquelure of spotting and foxing to the whole. The gilding is original and shows rubbing showing the pink base bole underneath and there is a nice craquelure to the surface with some small losses throughout to the frame and some cracks running through the base of the frame. The reverse shows most of the original paper backing still remaining though disturbed.