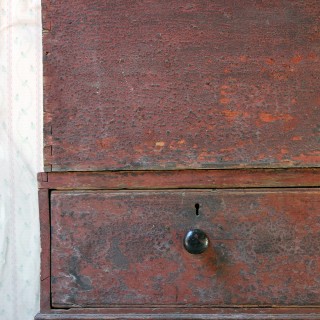 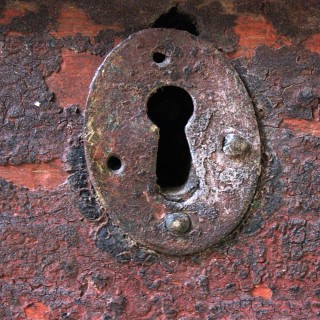 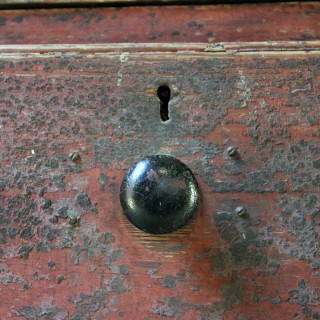 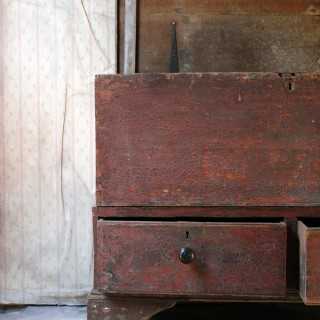 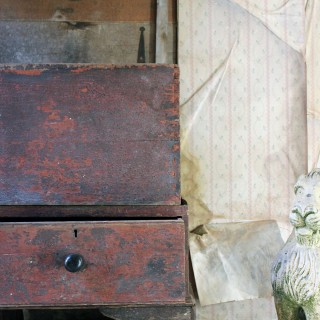 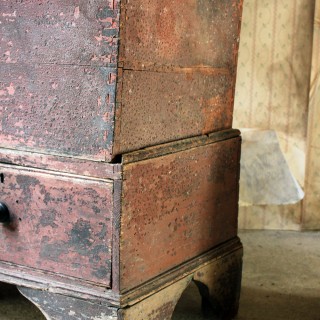 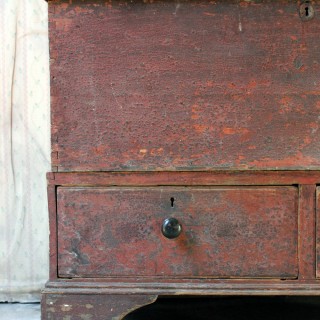 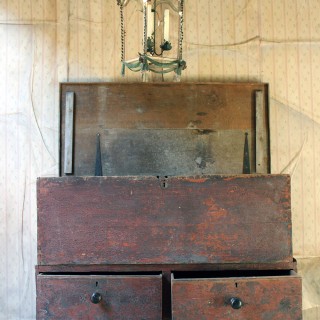 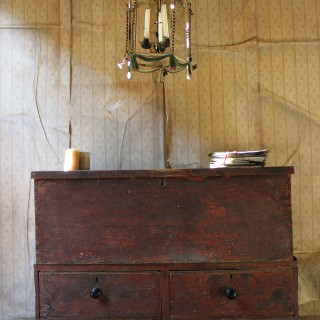 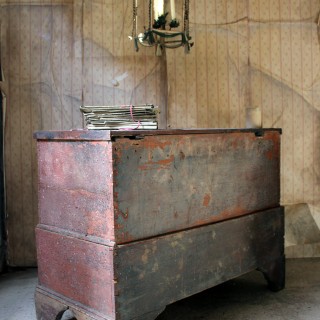 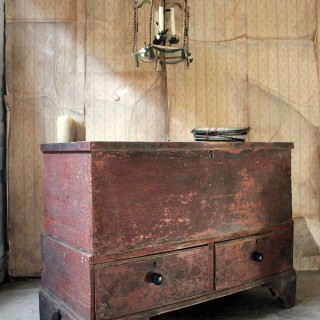 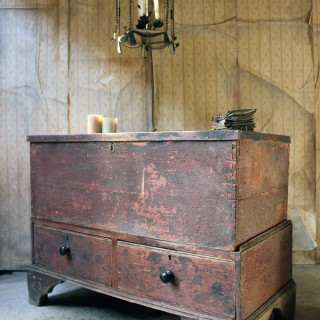 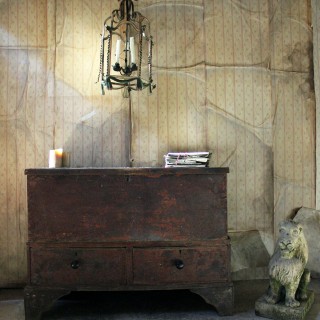 Blanket chests were very popular during throughout the centuries from the seventeen to the nineteenth in particular. Over the years, drawers were added to the basic form of a blanket chest, increasing the height, and gradually a different piece of furniture evolved called the mule chest. The drawers in a mule chest were used to store slippers called “mules” by the colonists. In their crude fashion, these chests were the counterpart of the elaborate coffers, and caskets owned throughout Europe by wealthy families. Many households would not do without one of these chests as few homes had a source of heat within the bedroom.

The Georgian family that owned this piece of furniture would have painted it with the idea of it simulating plum-pudding mahogany and thus, make them appear wealthier. Ironic now that this type of paintwork is arguably more prized commercially than a mahogany example from this period.

If surface texture and patination is your thing (which it should be!) then it doesn’t come much better than this.

The condition is lived in and sound. The drawers glide smoothly, the whole proves relatively sturdy and in good original order. The paintwork is simply gorgeous and all natural with a stunning texture and richness of colour through the passing of time. The craqulure present is wonderfully redolent and proves consistent to each side though with more surface wear from the human touch to the top, possibly from being positioned near the fireplace (bitumen). The bracket feet are all original, with some movement though they remain sound. There is only one section of loss, which is the upper moulding of the base carcass to the left flank. The handles appear to be original which is appealing. We have waxed her to retain the current patina and finish.