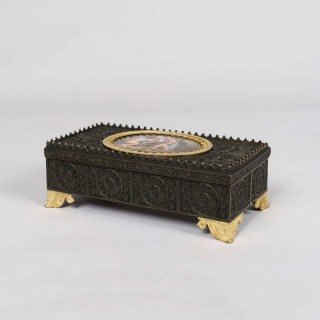 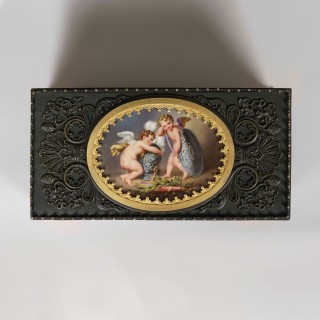 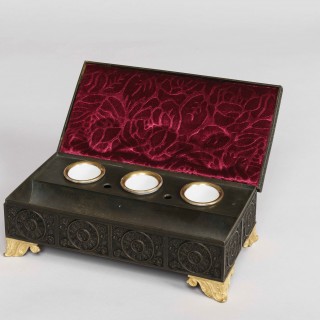 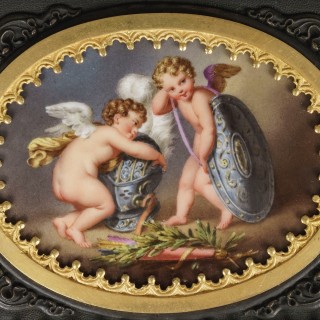 This inkwell is a fine example of the neo-gothic taste that pervaded French art in the early nineteenth-century, as the turbulent nation was re-discovering the wonders of its Medieval architecture. Many of the motifs employed in the design of this inkwell are taken from the façades and stained glass windows of the most famous Gothic churches such as those of Reims, Paris, and Rouen. Although first appearing around 1815, the taste for gothic ornament would remain popular in France throughout the 19th century.