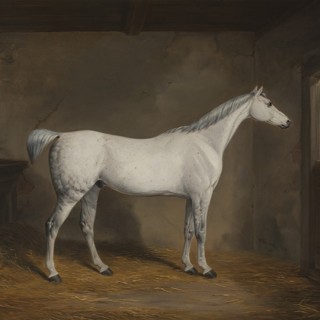 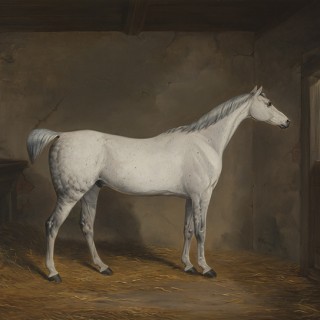 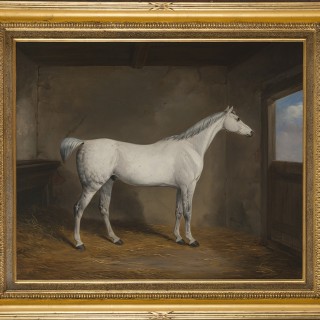 A Grey in a Stable

William Barraud was the elder brother of Henry Barraud; William was baptized on April 4th 1810 at St Mary’s Church, Lambeth, where he spent much of his childhood before moving to Camberwell. He is reputed to have followed his father into employment at the Customs House, but there are no records to confirm this and he is known to have been painting seriously from an early age.
He became a pupil of Abraham Cooper, as did his brother, Edward (1817-1901). In 1842 he married Mary Ratcliffe, but she died soon after the birth of their son Clement in 1843. At about the same time, his father died and he became the head of the large Barraud family, marrying Margaret Harrison the year before his death.

A Grey in a Stable