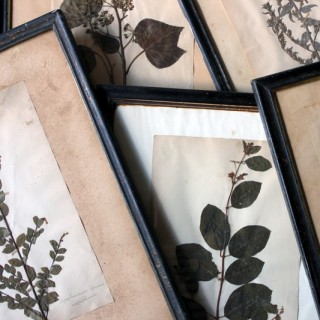 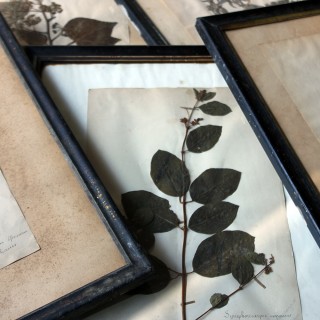 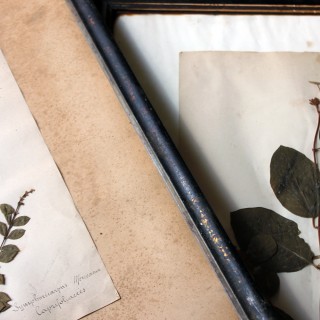 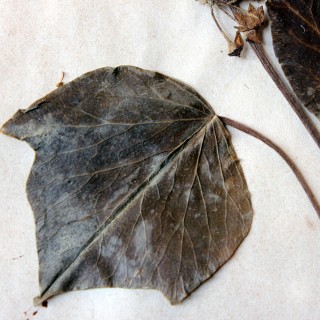 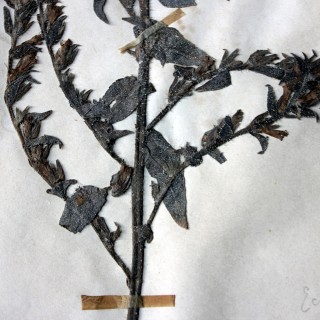 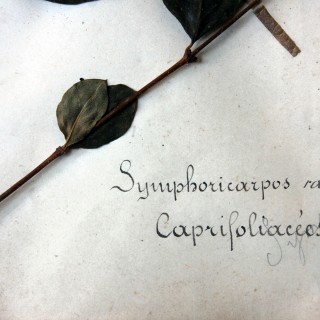 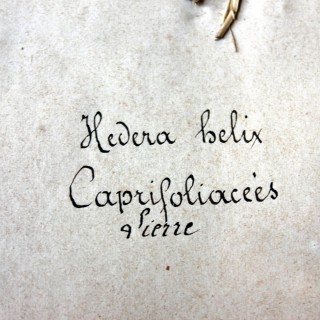 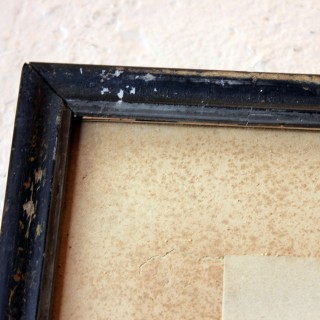 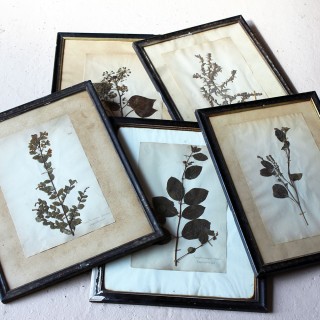 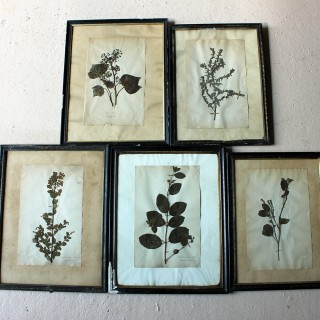 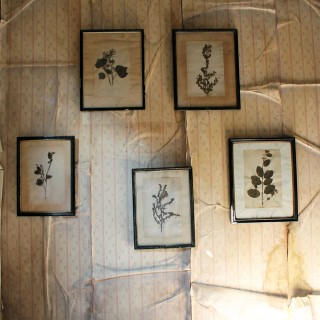 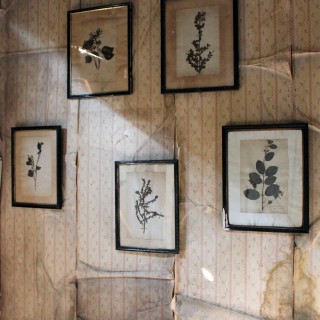 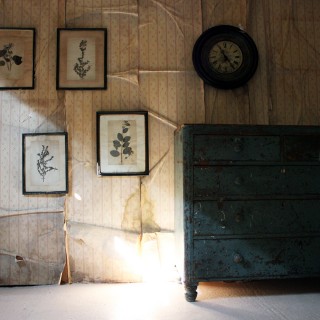 The beautifully faded collection of five wildflower botanical specimens, collected in the latter stages of the nineteenth century, residing in their original ebonized glazed frames, some being gilt decorated, with newspaper backings, surviving from rural France.

The specimens are hand annotated with the Latin names as follows with some numbers possibly being the dates found such as ’71 and ’75:

Flower and plant collecting was popular in the mid-Victorian period especially with albums containing botanical specimens from flowers to seaweed and algae specimens.

An enduringly romantic example of collecting in the nineteenth century; wonderfully original and beautifully undisturbed.

The condition is unspeakably original with the frames and backing all in place. They have each suffered with some woodworm and there are nibbled losses to the frames with insect and dust deposits to the specimens; the flowers are all in tact but have lost some of their colourings, understandably. The paper backings are all in French and bear dates to the early twentieth century such as 1903 and 1917.