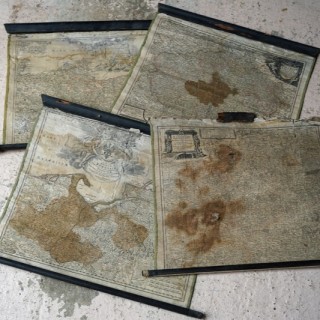 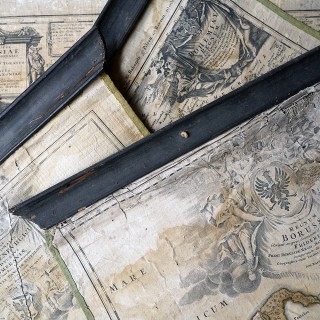 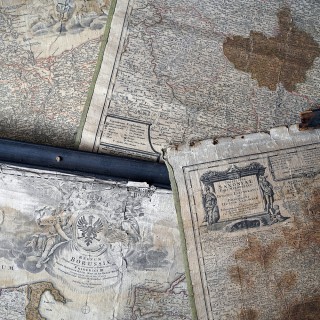 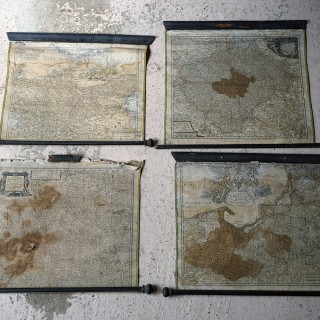 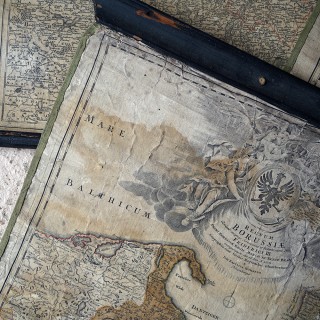 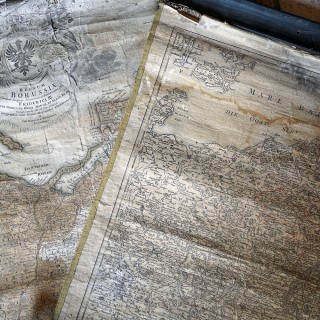 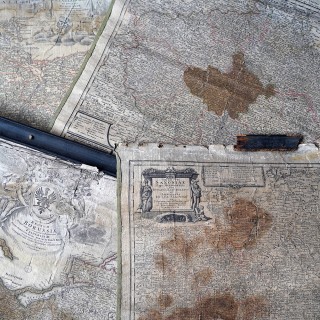 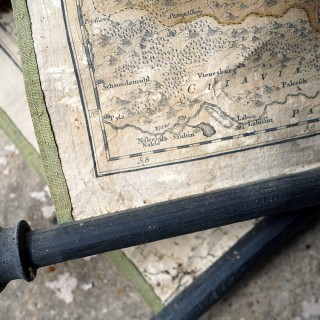 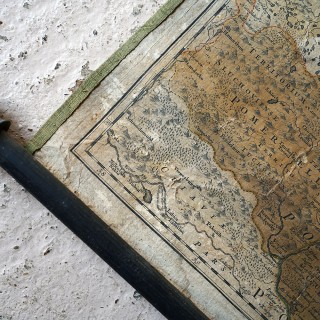 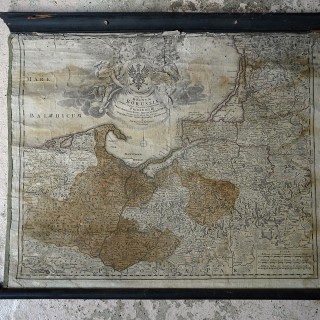 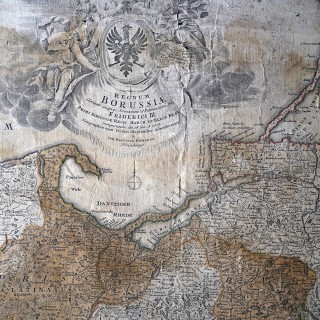 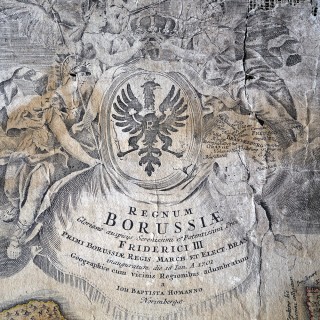 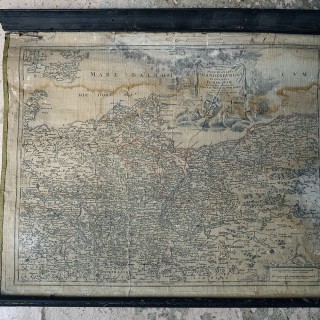 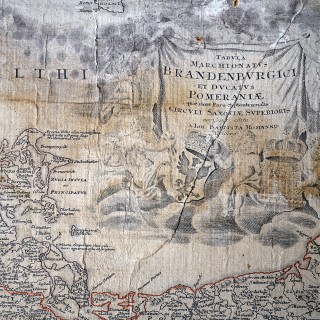 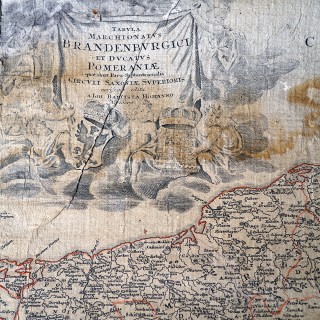 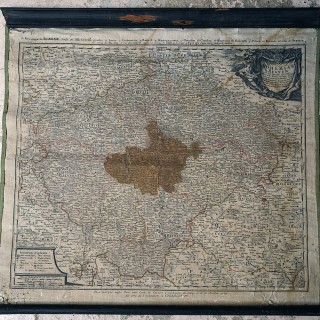 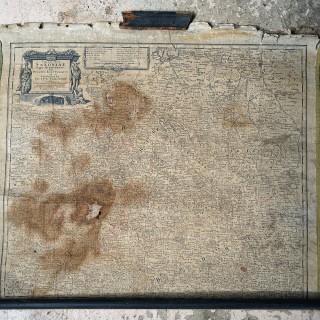 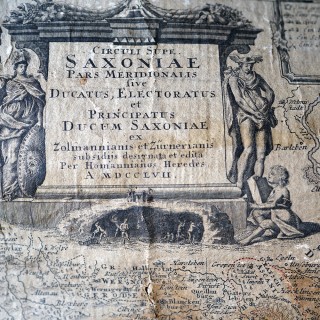 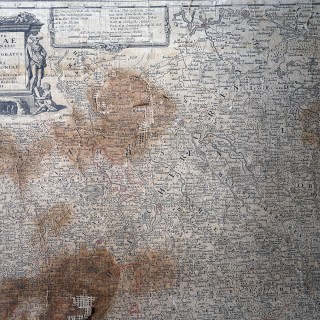 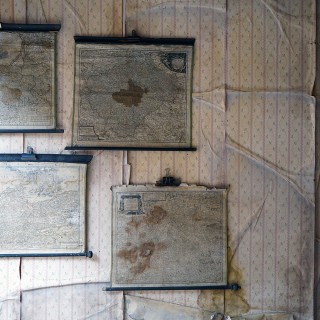 The hand-coloured maps in as found attic condition, each with their original ebonised pine rods for scrolling and lime green borders, in beautifully faded order showing various regions from Bohemia, Saxony and the Baltics with beautiful illustrated cartouches, each dating from 1720 to 1757 and being canvas backed.

The four maps are as follows in descending order;

Famous makers, and following the long period of Dutch domination, the Homann family became the most important map publishers in Germany in the eighteenth century, the business being founded by J.B. Homann in Nuremberg about the year 1702. Soon after publishing his first atlas in 1707 he became a member of the Berlin academy of Sciences and in 1715 he was appointed Geographer to the Emperor.

After the founder’s death in 1724, the firm was continued under the direction of his son until 1730 and was then bequeathed to his heirs on the condition that it trades under the name of Homann Heirs. The firm remained in being until the next century and had a wide influence on map publishing in Germany. Apart from the atlases the firm published a very large number of individual maps. The Homanns produced a Neuer Atlas in 1714, a Grosser Atlas in 1737, and an Atlas Maior with about 300 maps in 1780. They also issued a special Atlas of Germany with full sized plans of principal cities, school atlases and an Atlas of Silesia in 1750 with 20 maps.

Representative of the flavour of the baroque and rococo era this quartet prove brilliantly effective as a group.

The maps are stained with small tears and sunlight fade. There is staining and soiling and minor crinkles with some folds as issued. General age-related toning and/or occasional minor defects from handling. We cannot find any others similar with the original wooden scrolling poles. One of these is in fragmentary condition to the top as photographed.