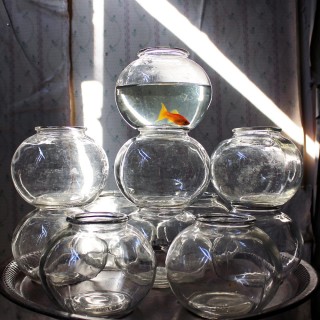 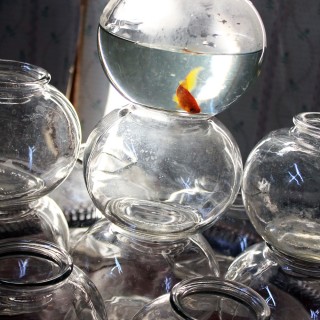 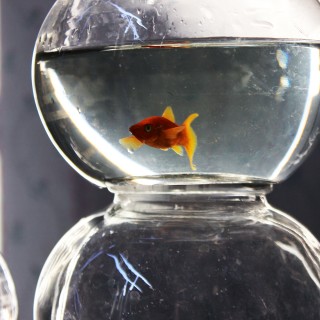 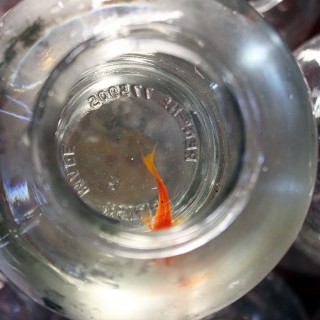 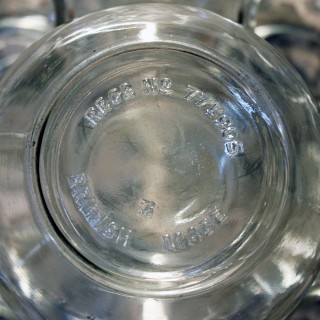 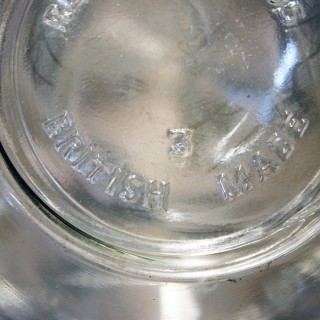 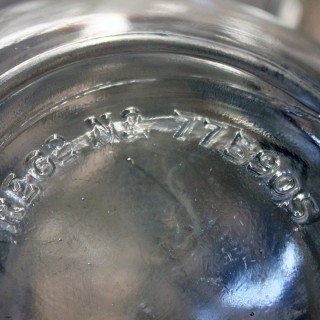 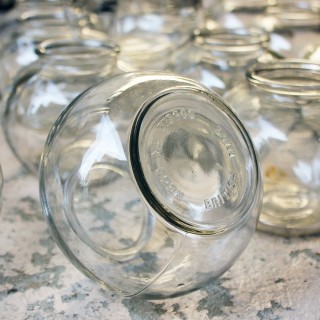 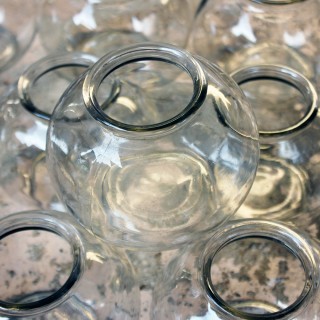 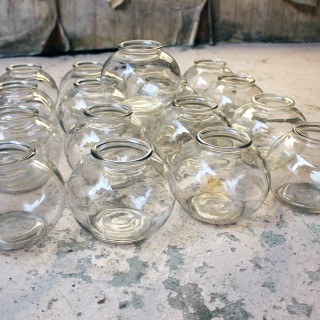 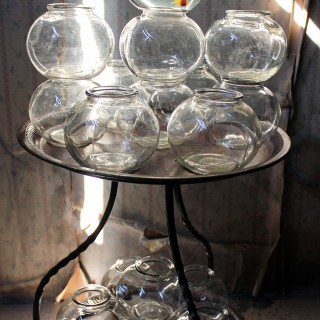 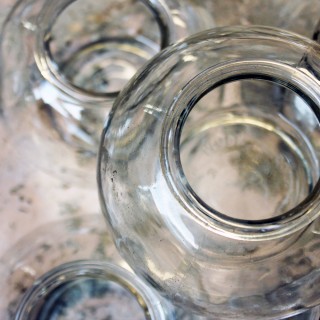 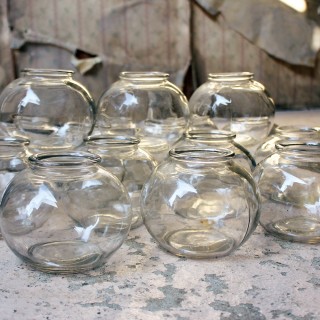 Originating from a ping-pong round stall or similar on a 1960s fairground, the circular glass bowls each stamped to the bases with ‘British Made’ and various registration numbers, each used for housing goldfish and surviving from mid-century Britain.

These goldfish bowls were used on fairgrounds in the 1950’s and 1960’s where one had to throw a ping-pong ball into the bowl to win a goldfish. The necks were made narrower than normal to make it harder for one to successfully throw a ball into the bowl and the rims were more pronounced that that string could be tied around it to carry your fish home with you.

The oldest living goldfish apparently was Tish, won by a UK family at a funfair.

The bowls are all in good order with no chips or cracks and we have given them a clean.