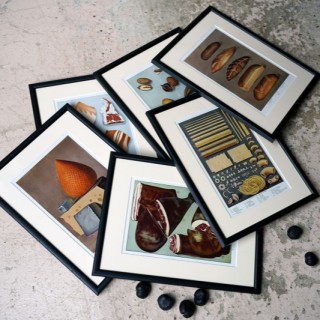 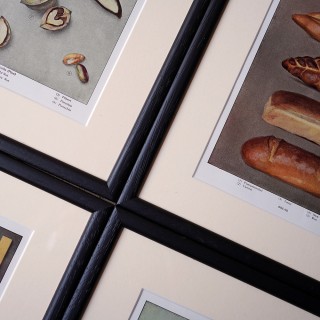 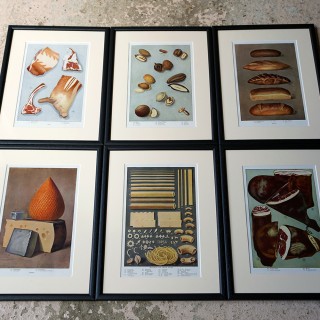 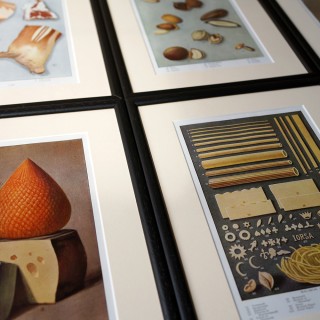 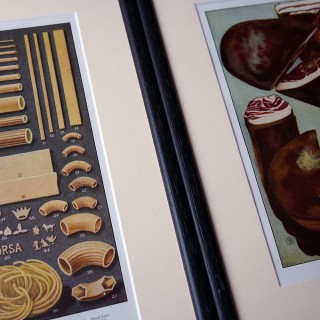 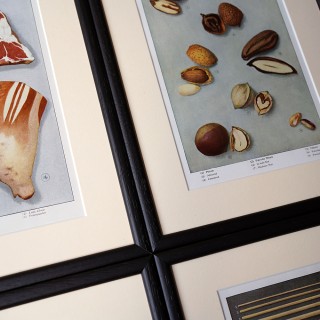 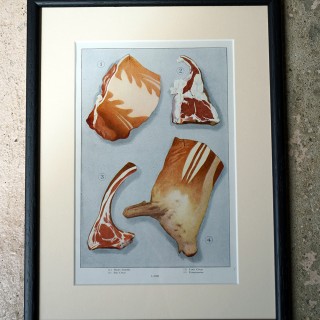 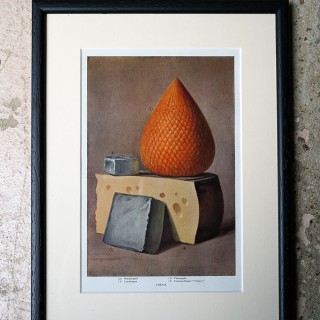 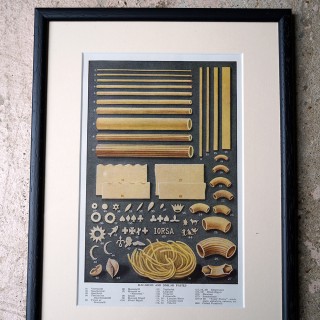 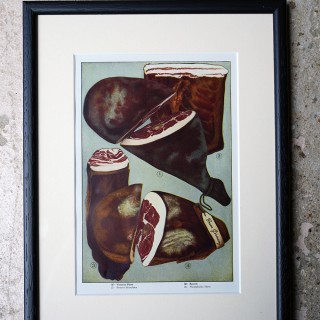 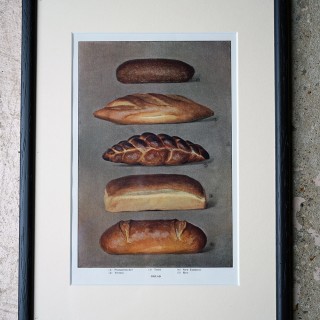 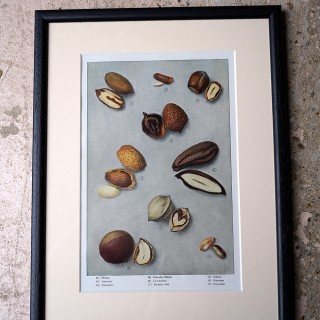 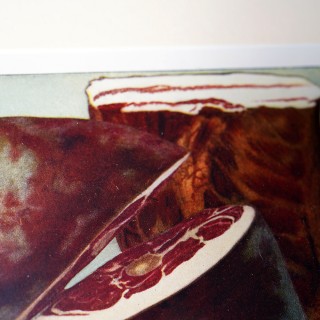 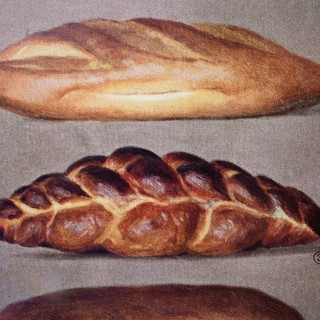 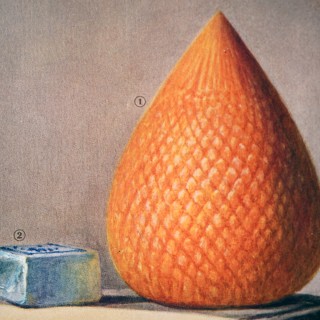 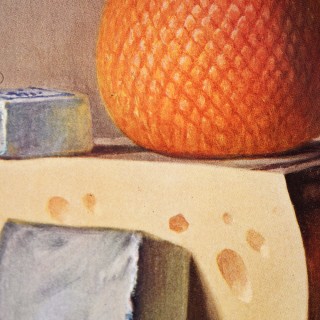 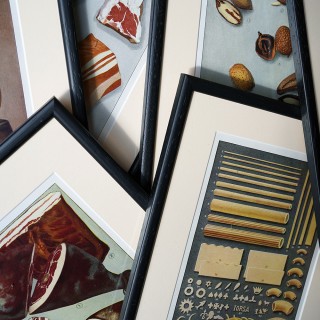 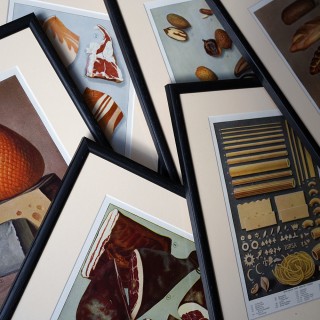 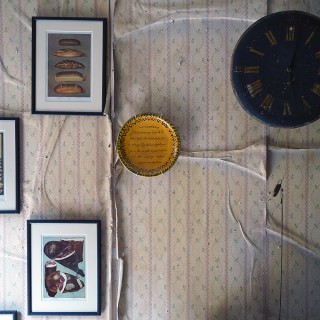 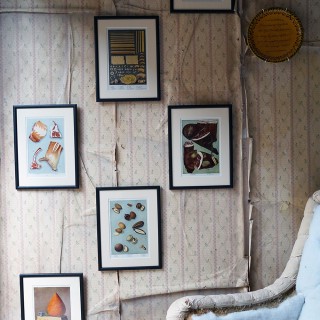 The group of six framed and glazed offset lithograph prints, showing a mixture of foodstuffs in profile, of pasta, meats, nuts, breads and cheeses, taken from “The Grocer’s Encyclopedia” compiled by Artemas Ward in 1911 in early twentieth century New York.

The Grocer’s Encyclopedia (New York City, 1911) is a book about the growing, preparation, and marketing of foods that was written and published by Artemas Ward, an author and an advertising and marketing innovator who also developed several other successful businesses that brought him great wealth with which he was very generous, becoming noted as a philanthropist.

The book also is known as The Encyclopedia of Food and Beverages, as shown on its front cover. The work was developed out of a rudimentary publication by the author in 1882, The Grocer’s Handbook, an effort which motivated him to refine the topic into the encyclopedia during “stolen minutes” throughout the thirty years intervening between the two publications.

The encyclopedia covers more than 1200 topics from Abalone to Zwetschgenwasser, with 80 color pages and 449 illustrations in all. The encyclopedia has 12 pages on cheese, 20 on wine, 16 on tea, 7 on oysters. It also contains information on Kosher foods, “new” meats such as Kangaroo tails, Cold Storage, Adulteration, Labels, and Guilds.

Perfect for restaurant, café or kitchen.

The prints are in good overall condition with no damages. The frames are contemporary, so in perfect order and have buff inset border slips.