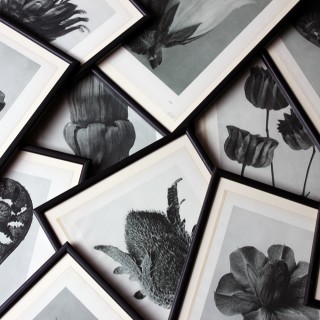 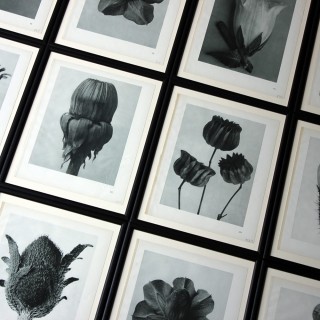 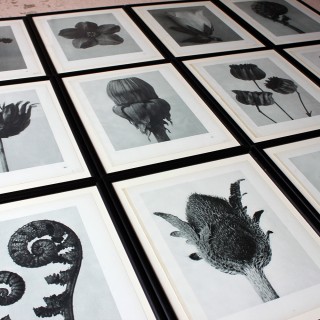 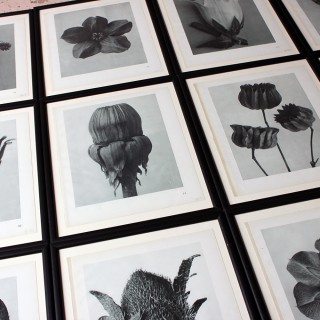 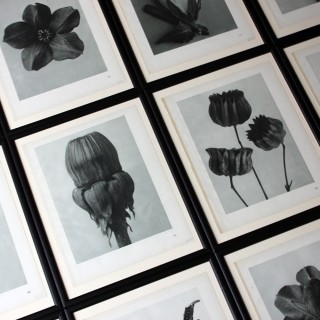 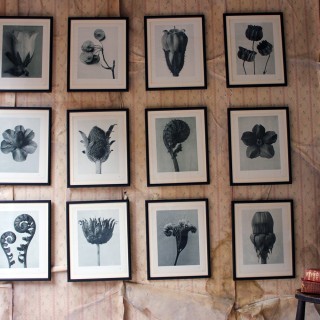 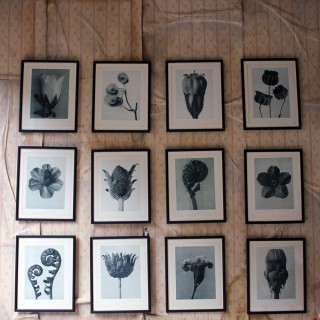 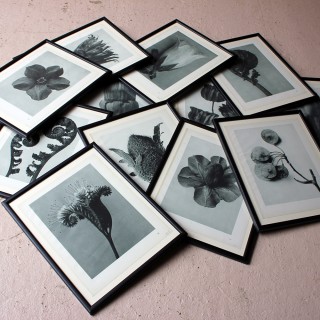 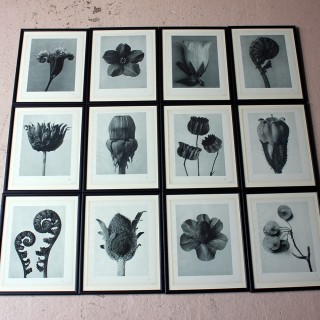 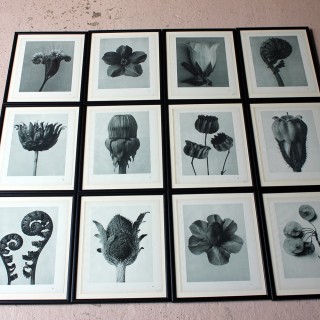 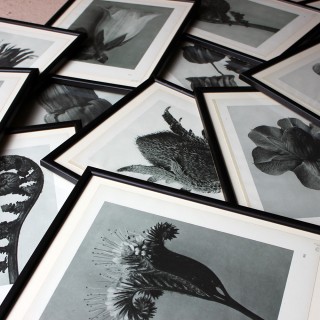 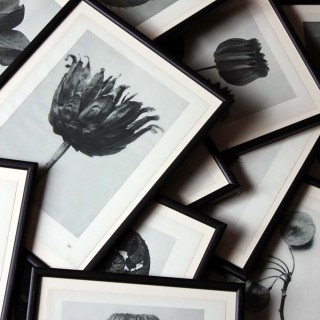 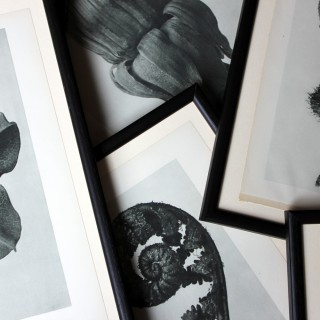 The dozen antique botanical photogravures published in 1929 in Berlin for “Urformen der Kunst”, or “Art forms in nature”, showing an interesting and striking array of flowers from around the world, each magnified up to thirty times, and now framed for display.

The specimens depicted are as follows:

Karl Blossfeldt (1865 – 1932) was a German professor of fine art, artist and photographer. He created some of the most innovative photographic work of his time and his pictures have influenced many architects and artists. He is best known for his magnified photographs of plants as we see here using his own camera that could magnify up to thirty times which revealed extraordinary shapes within the plants.

Born in Schielo, Germany, early on Blossfeldt was a sculptor’s apprentice and modeler at the Art Ironworks and Foundry in Magdesprung. After studying painting and sculpture on a scholarship at the School of the Royal Museum of Arts and Crafts in Berlin from 1884 to 1891, he worked under Professor Meurer in Italy, Greece, and North Africa collecting plant specimens. It was during these years that Blossfeldt’s interest in plant photography blossomed, along with the study of music.

Influenced by the 19th century German tradition of natural philosophy, Karl Blossfeldt believed that “the plant must be valued as a totally artistic and architectural structure.” Over a period of 30 years, he photographed leaves, seed pods, stems, and other plant parts, against neutral white or grey backgrounds in Northern light & under magnification. In 1929 he issued his magnified photos of plants as photogravures in “Urformen der Kunst” or “Art forms in nature”.

This beautifully distilled vision of the botanical world is vibrant and powerful and has remained contemporary to this day.

The photogravures are in generally very good overall order with some light discoloration marks, minor margin toning but the specimen examples all remain vibrant. The frames and ivory card mounts are recent and in keeping.