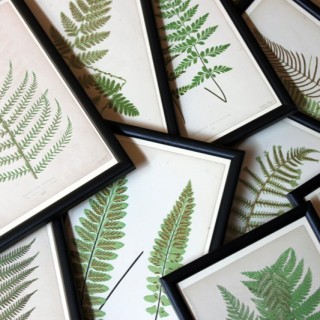 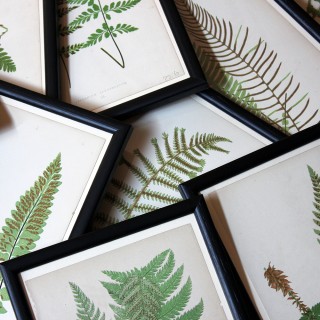 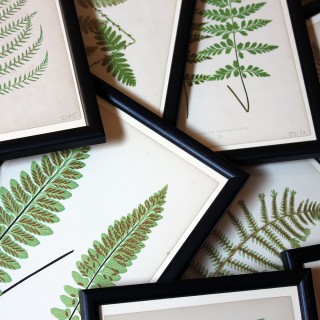 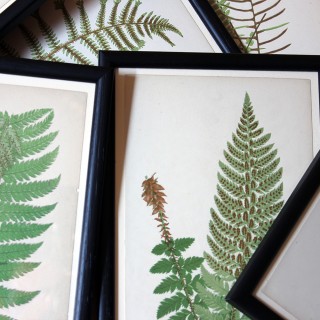 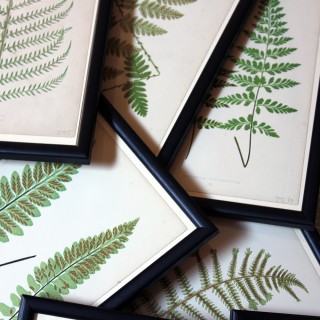 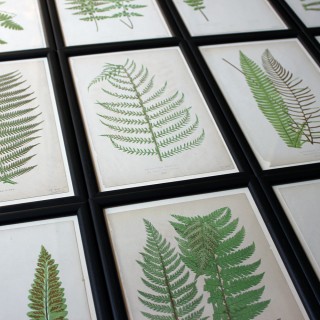 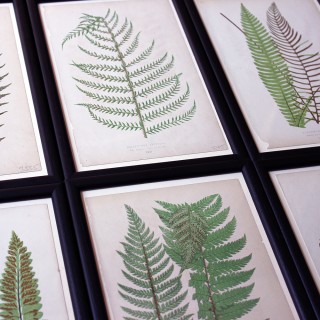 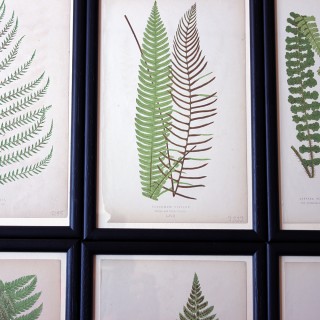 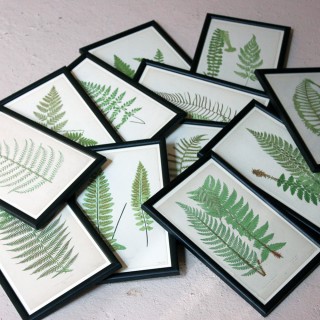 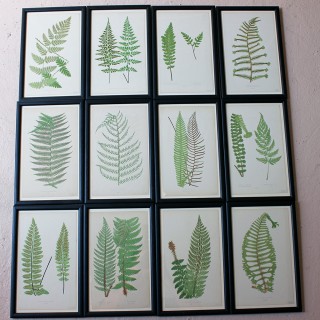 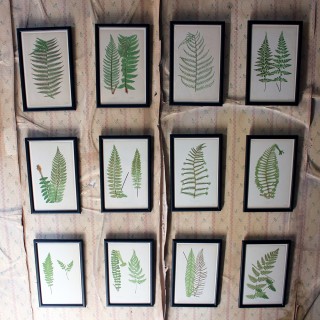 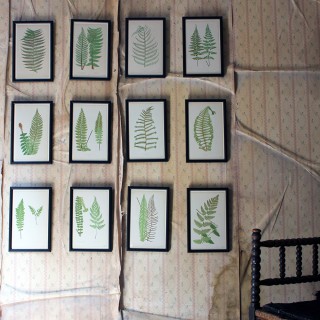 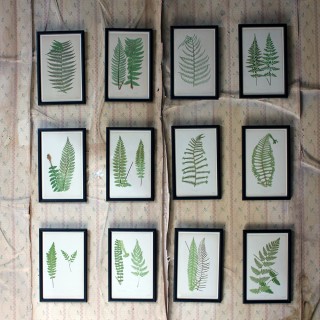 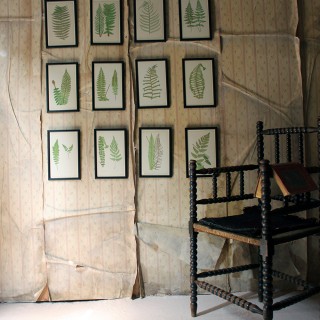 The dozen antique woodblock prints published in 1869 by Groombridge and Sons, London for “Our Native Ferns” by Edward Lowe, illustrated by A.F. Lydon and printed by Benjamin Fawcett, hailing from the third quarter of the nineteenth century and showing an interesting and striking array of British native ferns, each now framed for display.

The prints are as follows:

Edward Joseph Lowe was a renowned English botanist, meteorologist and astronomer, who published papers on a wide variety of subjects, including meteorology, luminous meteors, sunspots, the zodiacal light, meteorological observations during the eclipse of 1860, conchology, ferns, grasses and other plants. The number of known extant fern species is about 10,500, but estimates have ranged as high as 15,000.

The prints are in generally very good overall order. There is some light discoloration marks, minor margin toning but the specimen examples all remain vibrant. The frames and ivory card mounts are recent and in keeping.