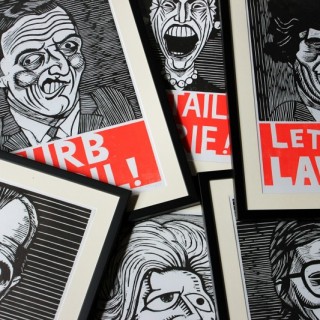 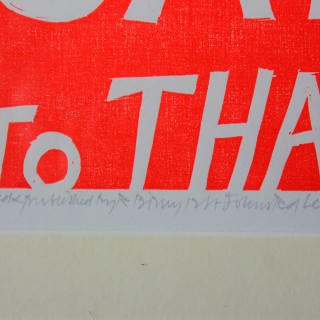 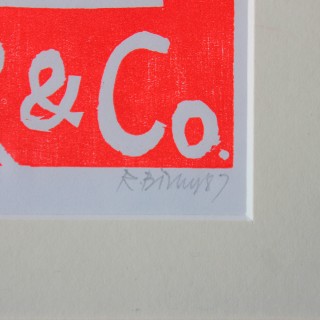 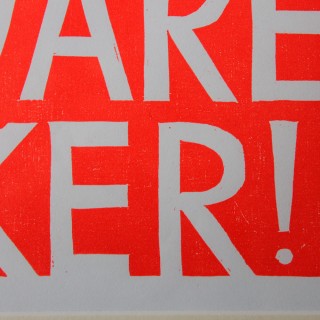 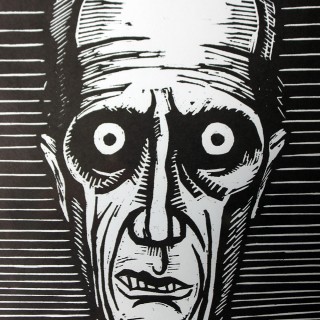 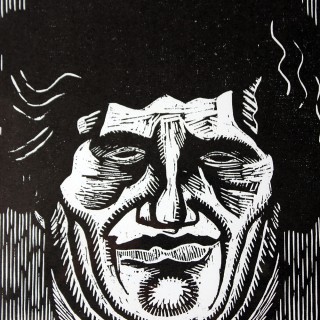 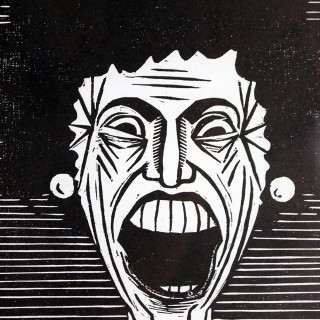 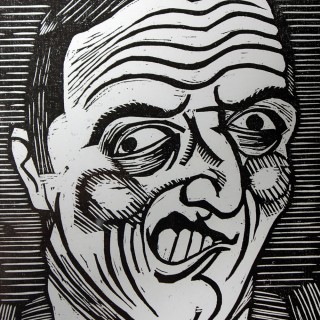 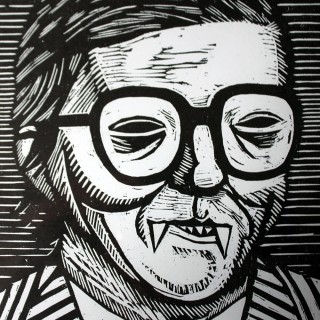 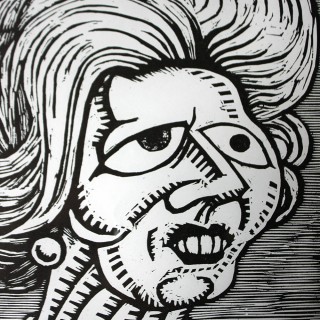 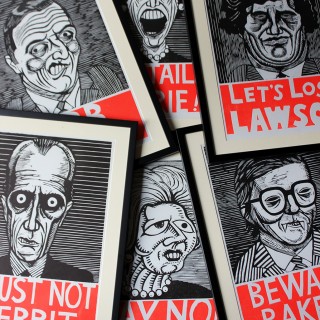 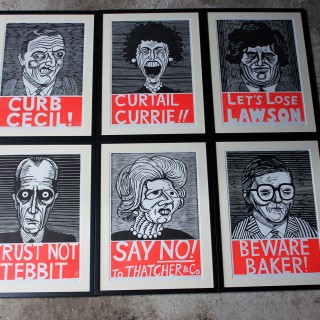 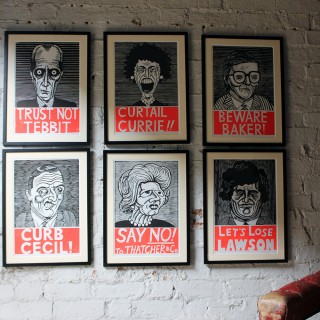 The set of six anti-Conservative political satire posters, executed by woodblock printing, ridiculing the reign of Margaret Thatcher and company in the late 1980s, four being signed ‘12 St Johns Road in Leicester by R.Birny / Binney’(?) each showing a disparaging slogan for members of the cabinet at the time, and being graphically strong, using red, white and black to brilliant effect.

The six posters include the following:

Printed in 1987, the signature is quite hard to decipher but it is clear they were printed at 12 St Johns Road in Leicester by R.Birny / Binney (?). The artist was possibly an art student of the time.

Very much harking back to the times of Spitting Image and so forth these brilliantly designed posters were created just as Thatcher was coming to the end of her tenure as PM in 1989.

The Conservatives were elected for a third successive term in June 1987, with a majority of 102 seats. It enabled Margaret Thatcher to become the longest-serving Prime Minister of the 20th century, as Britain’s economic recovery continued. These posters, dated to this year, were therefore probably created pre-June at a time of aggressive campaigning.

Very much of current interest in the U.K. during these tumultuous political times, this wonderfully unusual and graphical set is guaranteed to bring a few smiles to those of a certain political disposition.

Condition is very good; with no holes or tears. The posters are presented in simple frames with ivory mounts and are glazed ready to hang. Four of the six works are signed and dated in pencil.