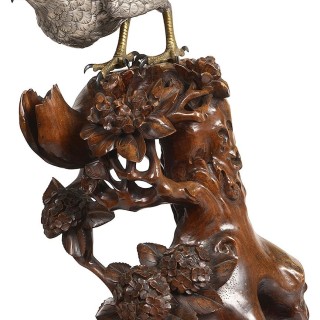 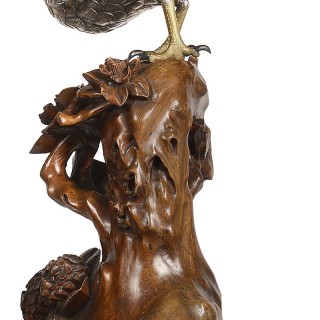 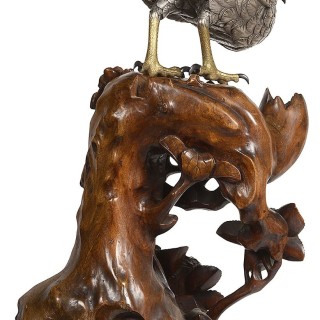 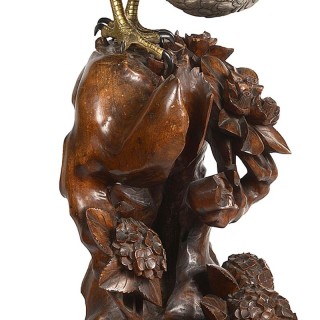 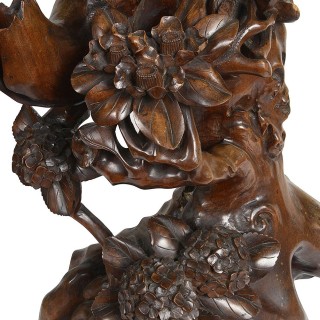 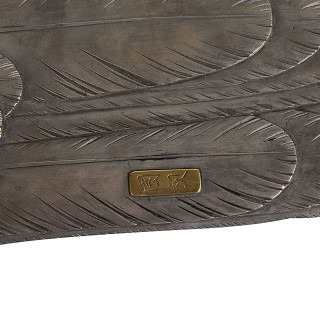 A Japanese silvered bronze model of a Goshawk, circa 1890

A SILVERED-BRONZE MODEL
OF A GOSHAWK
By Kunichika, Meiji era (1868-1912),
late 19th/early 20th century
Naturalistically rendered, standing alert with its head lowered, its wings drawn in, the beak of shakudo, the eyes of gilt with shakudo pupils, signed beneath the tail in a rectangular gilt reserve Kunichika; perched on a detachable tall tree trunk from which issues flowering hydrangea.
Overall height: 66.5cm x 45cm (26 1/8in x 173⁄4in). (2).

A Japanese silvered bronze model of a Goshawk, circa 1890