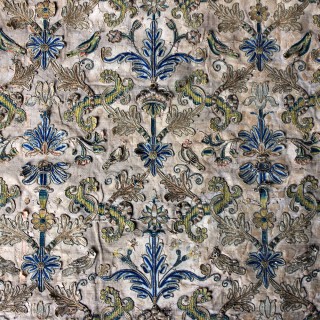 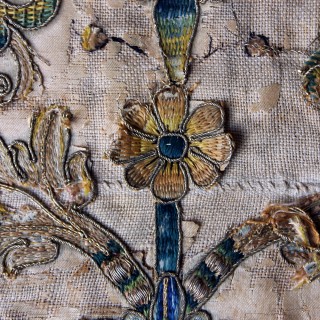 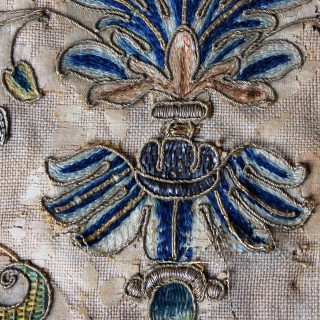 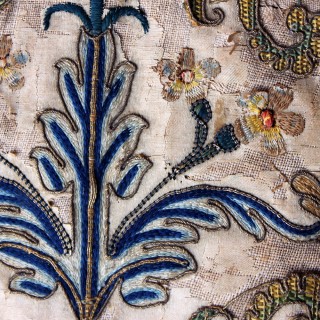 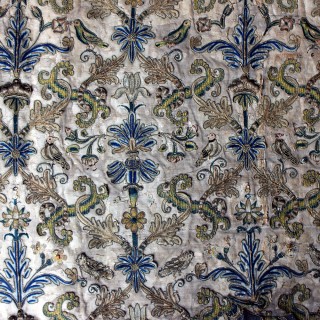 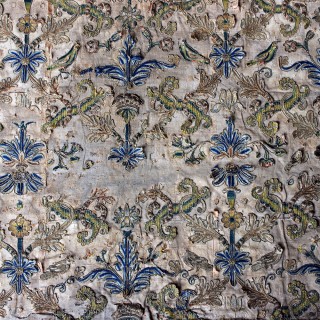 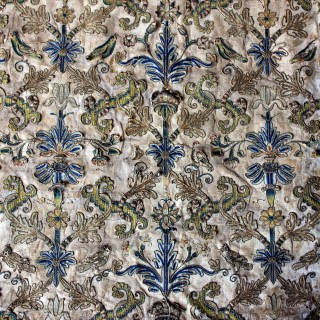 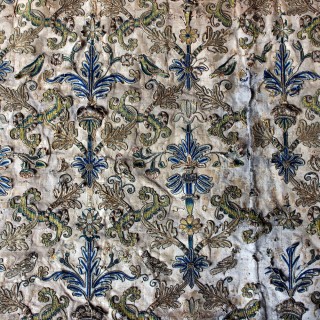 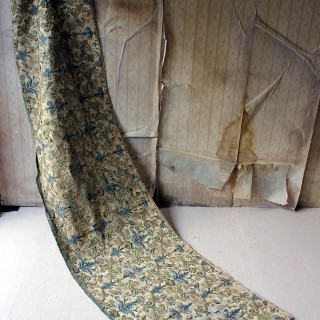 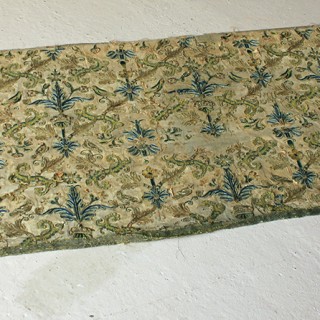 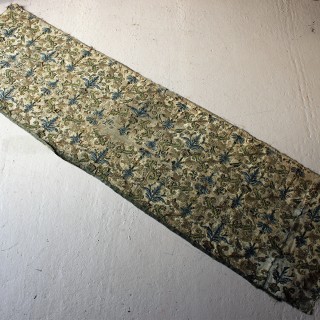 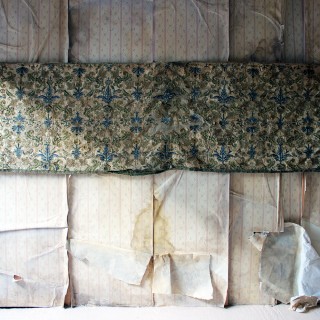 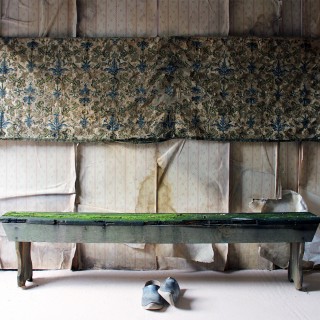 Of large size, at over eight feet, the beautiful silk embroidery frieze, backed onto linen and hessian, worked in gold, blue and green silk and metal threads, spangles; stem, plaited braid and knots, depicting a repeating pattern of opposing parrots and songbirds amongst flower heads and foliage, the whole surviving from late seventeenth century England.

Working with fine silk floss in combination with metal elements was an established practice among professional embroiderers by the sixteenth century. Whether for reasons of economy or for ease of application, embroiderers before the sixteenth century restricted the use of metal threads to visible surfaces of the work. By the second half of the century, expanding trade and developments in technology had led to an increased availability of gold, silver, and silk. Embroidered works of this period are distinguished by their great expressiveness, which resulted in part from an inventive use of luxury goods. These embroideries demonstrate a high level of skill in combining metal elements with silk floss and a sophisticated use of metal strips and wires of different thicknesses, widths, and shapes to create a broad range of effects. The varied reflective surfaces of the metals create rich and changeable tonal effects on the foundation fabrics and the polychrome silk embroidery threads.

Materials and techniques were manipulated with control to create works that mimic natural forms. Dimensional effects became increasingly inventive, culminating in the middle of the seventeenth century with raised work, which often incorporated separately worked three-dimensional motifs into the embroidered composition.

A scarce and stunning period textile of superb size that would add finery to a room in any number of ways.

Condition wise the piece has a glorious all over soft fade and is well worn, though remains in stable overall condition with losses as pictured. The flanks are a little tatty and there a handful of areas of thinning showing the base particularly to the central section – please view the photographs for a full visual reference.