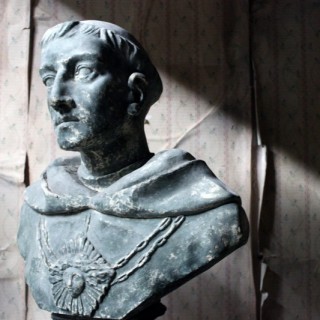 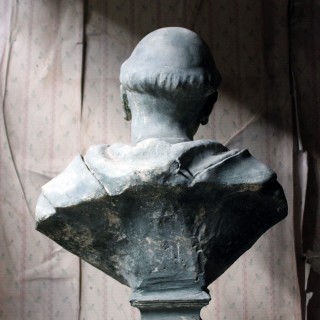 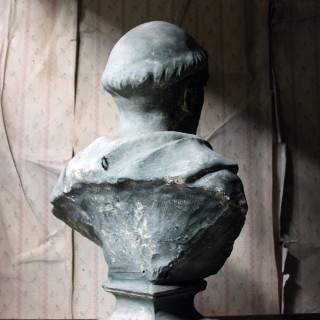 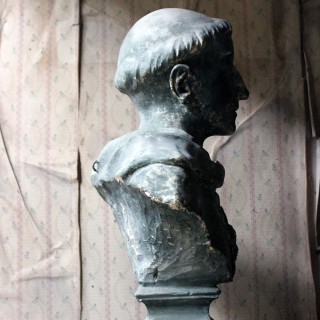 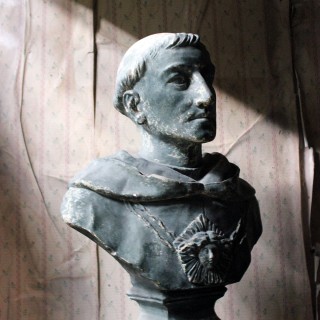 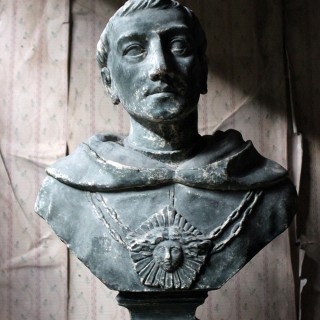 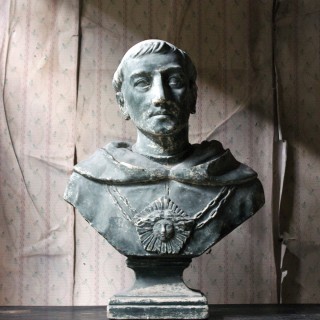 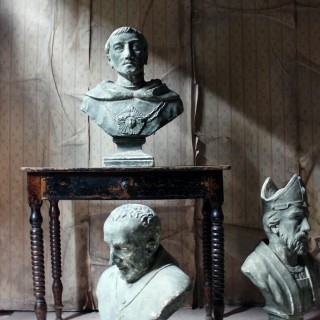 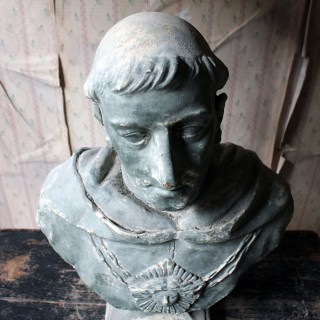 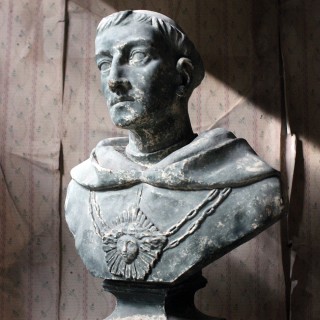 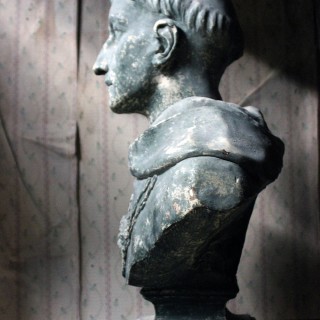 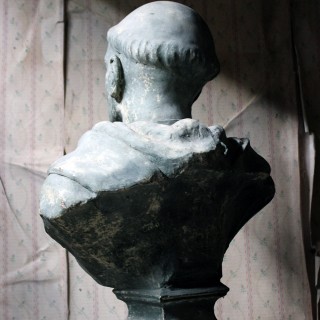 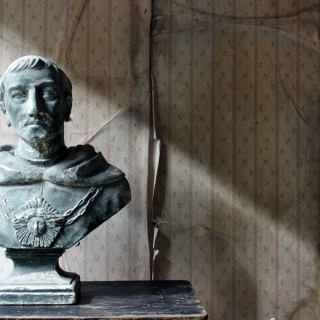 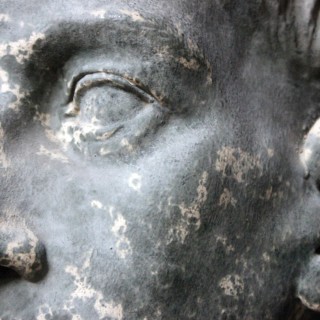 The large late Victorian plaster library bust depicting St. Francis of Assisi, wearing ceremonial robes and large pendant on a linked chain, the whole on a stepped socle square base, showing the original laurel green paint now beautifully worn with age, and surviving from the late Victorian period from the Milford house estate in Ireland, in beautifully decorative condition.

Built in the early 1800s, Milford House, Co Carlow, was home to the Alexander family, who made a huge impact on the industrial development of the Carlow area over the past 200 years. The family settled in Carlow in the 1780’s and the main source of income was milling. A number of them followed careers in the British Army and artefacts were passed down through generations and objects acquired through travel to exotic lands.

Milford Mill was Ireland’s largest and most technologically advanced, and the internationally recognised Milford Stud was founded in 1947. In 1891, Major John Alexander III – whose career as a British Army officer included the capture of the last king of the Zulus; he was also, allegedly, the first white man to enter Tibet, dressed as a monk – converted the mill to a hydro-electric power station, making Carlow famous as the first inland town in the UK to have electric street lighting.

With a superb provenance and a punchy decorators size and look, this bust is a desirable country house piece.

The condition of the bust is simply wonderfully decorative with the old laurel green paint having worn off in several areas and with the whole now of a beautiful sea green colour overall and with the piece not having any restoration or over-painting; it remains a joy. There are small sections of chipped loss as photographed, such as to the nose, and pitting to various areas as one would expect but nothing of major distraction.