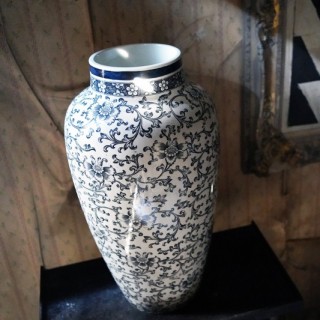 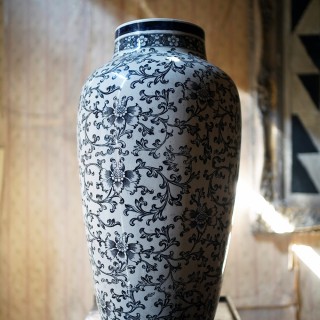 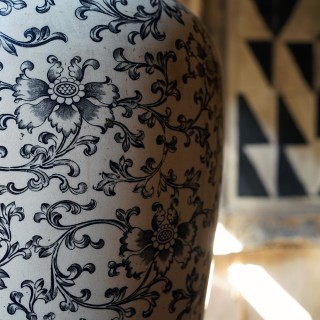 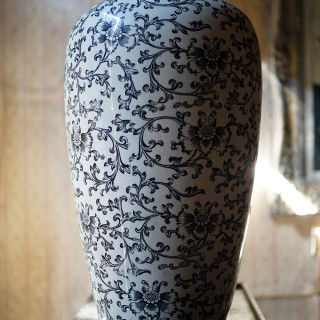 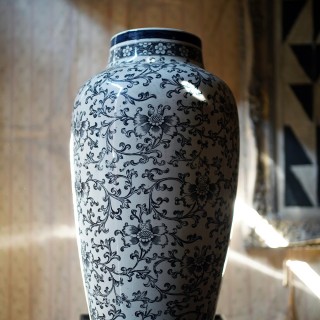 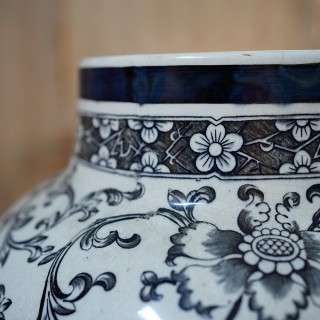 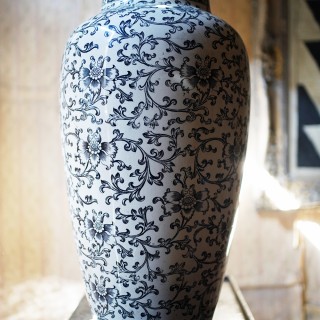 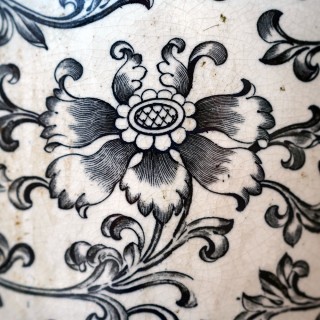 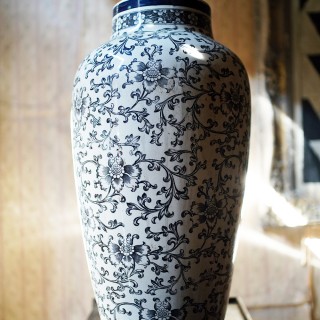 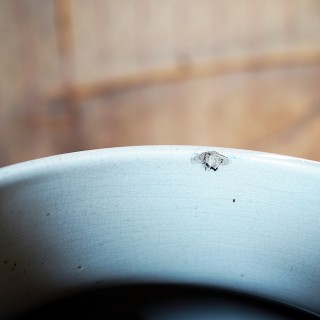 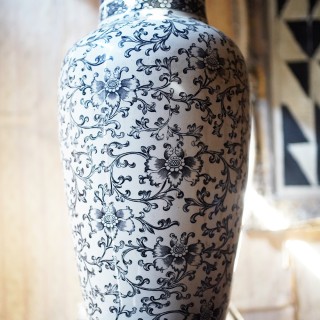 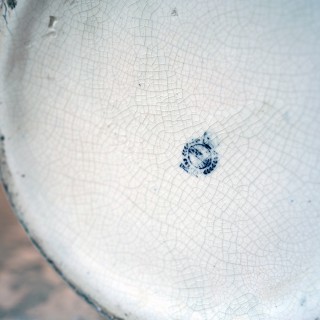 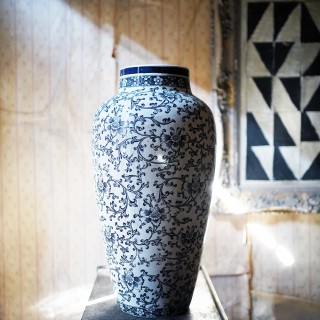 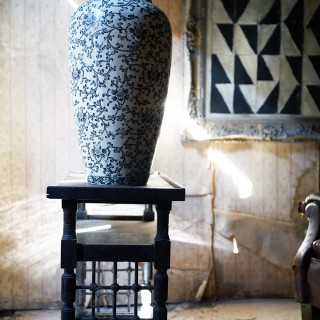 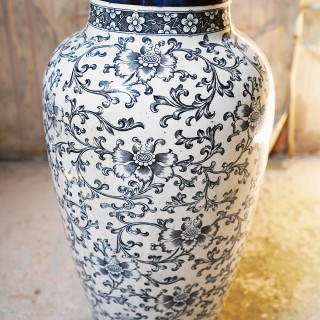 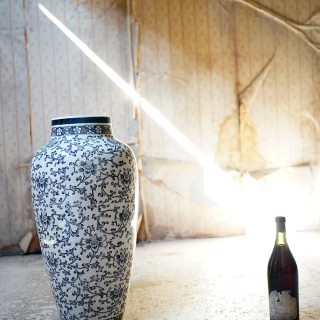 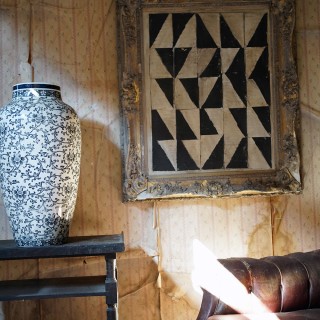 The large pottery vase of baluster form, standing at two feet high, having a scrolling floral and leaf design, with factory mark to the underside, surviving from the third quarter of the nineteenth century and the aesthetic movement.

Now merged with Royal Doulton, Mintons Ltd, was a major ceramics manufacturing company, originated with Thomas Minton (1765-1836) the founder of “Thomas Minton and Sons”, who established his pottery factory in Stoke-upon-Trent, Staffordshire, England, in 1793, producing earthenware and from 1798, bone china. They made differing aesthetic movement pieces in collaboration with Dr Christopher Dresser of which this may well be an example of. Dresser’s first designs for Minton pre-date the Paris Exhibition of 1867, but the exact date of this connection is not certain. Often regarded as the most important British designer of the later 19th century, at this time he was beginning what became a strong interest in ceramic design, leading him to work with several companies. We cannot find this particular example anywhere else.

In good overall condition, there is a chip to the inside of the rim with some glazing defects to the neck and with craquelure all over and rubbing to the mark to the base as photographed.