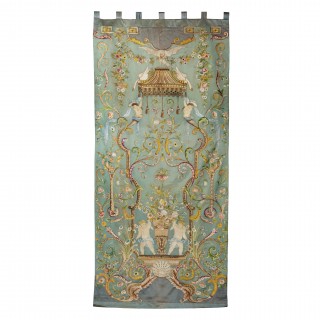 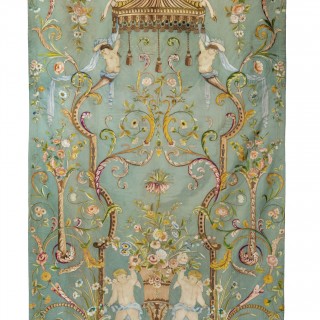 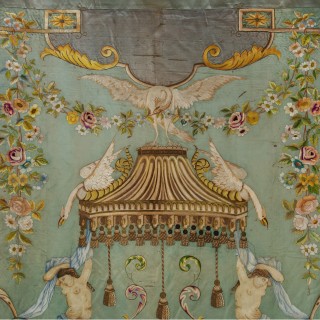 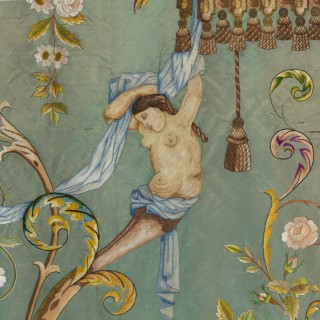 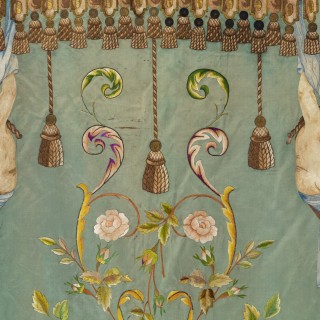 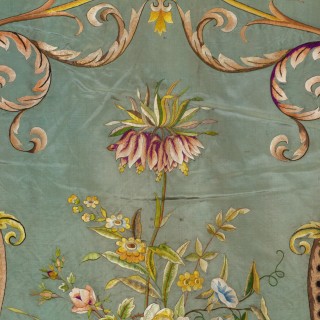 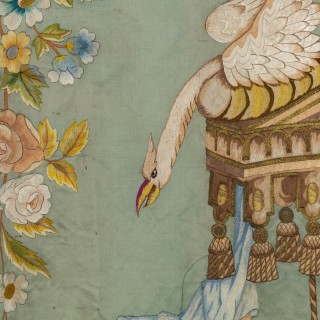 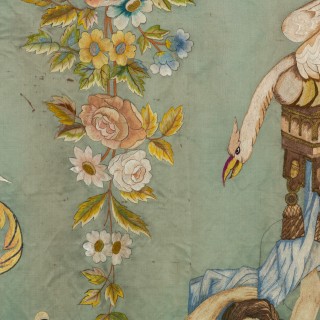 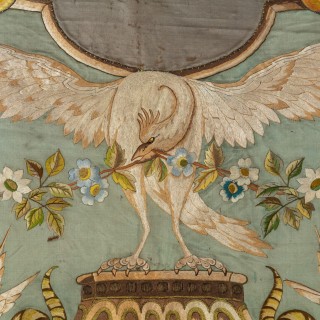 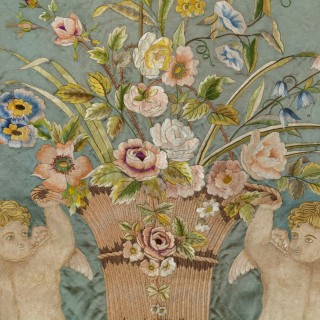 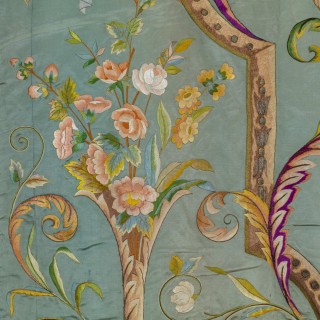 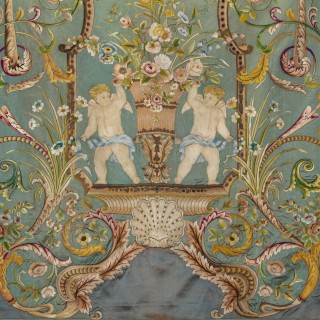 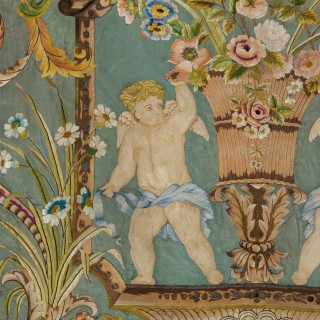 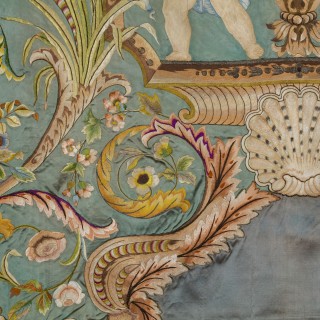 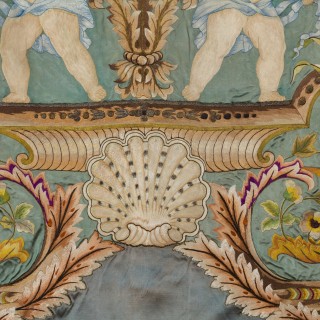 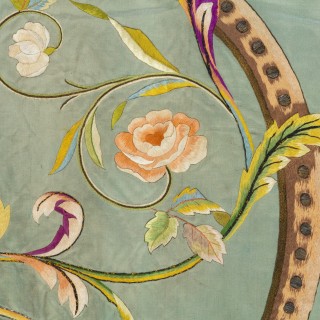 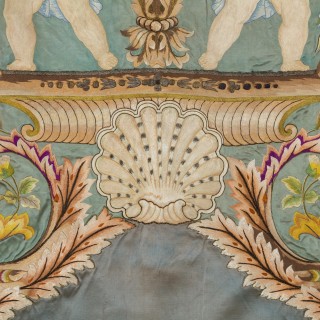 A large and impressive Chinese embroidered silk hanging, of upright rectangular form worked in coloured silk with gold thread edging on an eau-de- nil ground with an overall design of a large vase of flowers centred on a crown imperial flowerhead, flanked by putti and raised on two acanthus scrolls centred on a scallop shell, the whole set under an orientalist tasselled canopy with a ho-ho bird finial and swan-headed serpent eaves all supported by female terms, scrolls and strapwork, the ground filled with further trees, floral scrolls and garlands.

Chinese made for the European market in the last quarter of the 19th century.