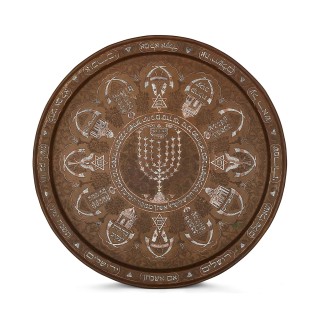 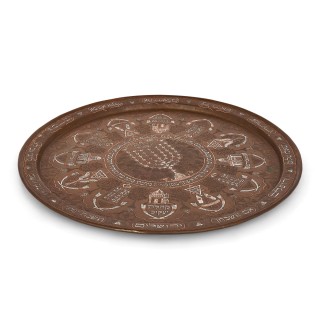 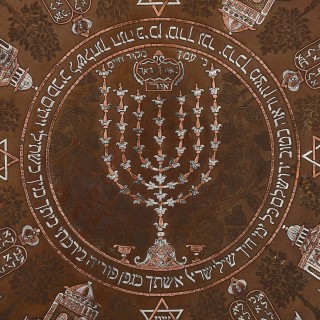 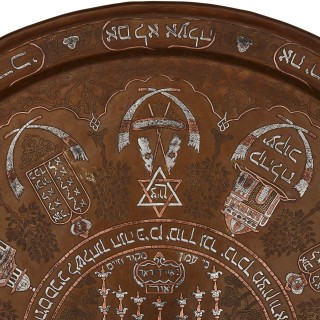 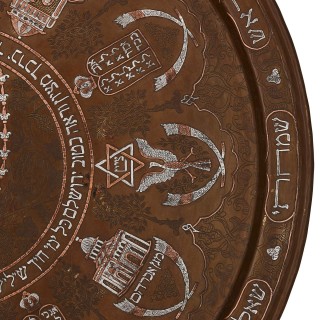 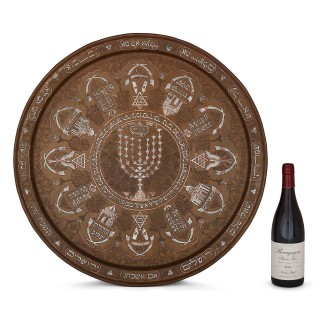 This large and remarkable work is a copper and silver-inlaid antique Jewish tray, featuring meticulous and exceptional metalwork, and was made in Jerusalem around the turn of the twentieth century.

It features a twelve-fold repeating pictorial decoration, which is set between two circles, that of the central ring in which a large menorah is depicted, and that of the outer rim, upon which a variety of Hebrew inscriptions have been engraved and inlaid.

The star of David features four items containing a small inscription in each case, and the images, finely worked and wrought, depict such symbols and motifs as the ten commandments and the Dome of the Rock. It is an exceptional piece of artistic, religious, and historical significance indeed.